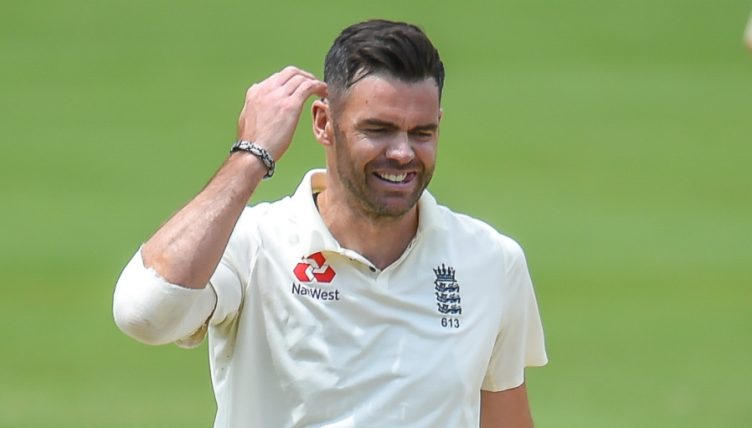 England seamer James Anderson pinpointed the weightier contributions of Joe Root and Dominic Sibley on day three as particular high points after the team received criticism for ‘getting in and getting out’ in the first innings.

Six of England’s top seven all got starts after winning the toss and electing to bat on day one, however, only Ollie Pope with his unbeaten 61 went on to make a half-century.

The tourists remedied that disappointment on day three of the second Test at Newlands with captain Root making 61 before departing late, while Sibley’s unbeaten knock of 85 sees him eyeing up a maiden Test ton when play resumes on day four.

It was 37-year-old Anderson who set the tone early, however, with the quick wickets of Kagiso Rabada (0) and Anrich Nortje (4) wrapping up the South African innings within 20 minutes.

The veteran paceman told Sky Sports: “It was a really good day. We wanted to be ruthless with the ball this morning and we were.

“Then, with the bat, I think we made a point of the fact that everyone had got a start in the first innings and didn’t go on.

“We wanted – when someone got in there – to stick in and that’s exactly what Dom and Rooty did.

“Great partnership with them. Obviously, two wickets at the end were unfortunate but that happens in Test cricket.

“I thought generally it was a good day and we’re in a good position going into tomorrow.”

Anderson hopes England can build another strong partnership on Monday as Ben Stokes takes to the middle to join Sibley.

He added: “They wrestled a bit of momentum back tonight so we want to try to get that back in the morning.

“Get the two guys, get Dom back in, obviously Ben will be at the crease…so we’ll try to get another partnership.

“I think one or two more healthy partnerships should put us in a really good position, then maybe a bit later in the day we can start really driving home a good advantage.”