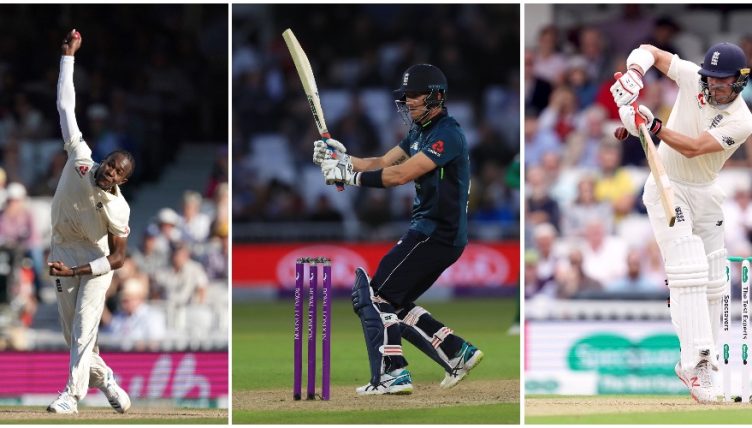 Jofra Archer’s instrumental performances for England in the World Cup and Ashes have led to the paceman being awarded Test and white-ball central contracts for the first time.

Archer followed up being England’s leading wicket-taker in their triumphant World Cup campaign with 22 scalps at an average of 20.27 in four Tests against Australia, while he routinely touched speeds in the mid-90mph range in scintillating debut international summer.

He is one of 10 players to receive a Test deal for the 2019-20 season, as is opener Rory Burns, who cemented his spot at the top of the order with some battling performances in the Ashes.

Spin duo Moeen Ali and Adil Rashid have lost their central Test contracts but are in a list of 12, also including Joe Denly, to be handed white-ball deals.

Moeen was dropped from the World Cup squad towards the end of the group stage before a dismal showing in the Ashes opener, where the all-rounder contributed four runs across two innings and bowled modestly on a helpful Edgbaston surface, led to him being left out of the remainder of the series.

Rashid was a regular for England in the Test side last summer but lost his place during the winter tour of the West Indies and was unused against Australia – although he is a regular in Eoin Morgan’s white-ball set-up.

Surrey seamer Liam Plunkett misses out on a white-ball contract despite a prominent role in the World Cup, where he took 11 wickets at 24.72, with England winning all seven matches when the 34-year-old was part of the side.

Archer’s late inclusion in England’s World Cup 15 came at the expense of Yorkshire left-armer David Willey, while Nottinghamshire batsman Alex Hales was omitted after serving a suspension for recreational drug use.

Both players have missed out on white-ball deals, though limited-overs captain Morgan retains his despite admitting shortly after the World Cup win that he was yet to decide his future.

From February 1 next year, those on white-ball contracts will have their salaries paid in full by the England and Wales Cricket Board as per Test contracted players, having previously received a supplement on top of their county salary.

Somerset spinner Jack Leach, who has replaced Moeen in the Test side, and Tom Curran, an unused squad member in the World Cup, have been given incremental contracts starting on October 1 and spanning a 12-month period.