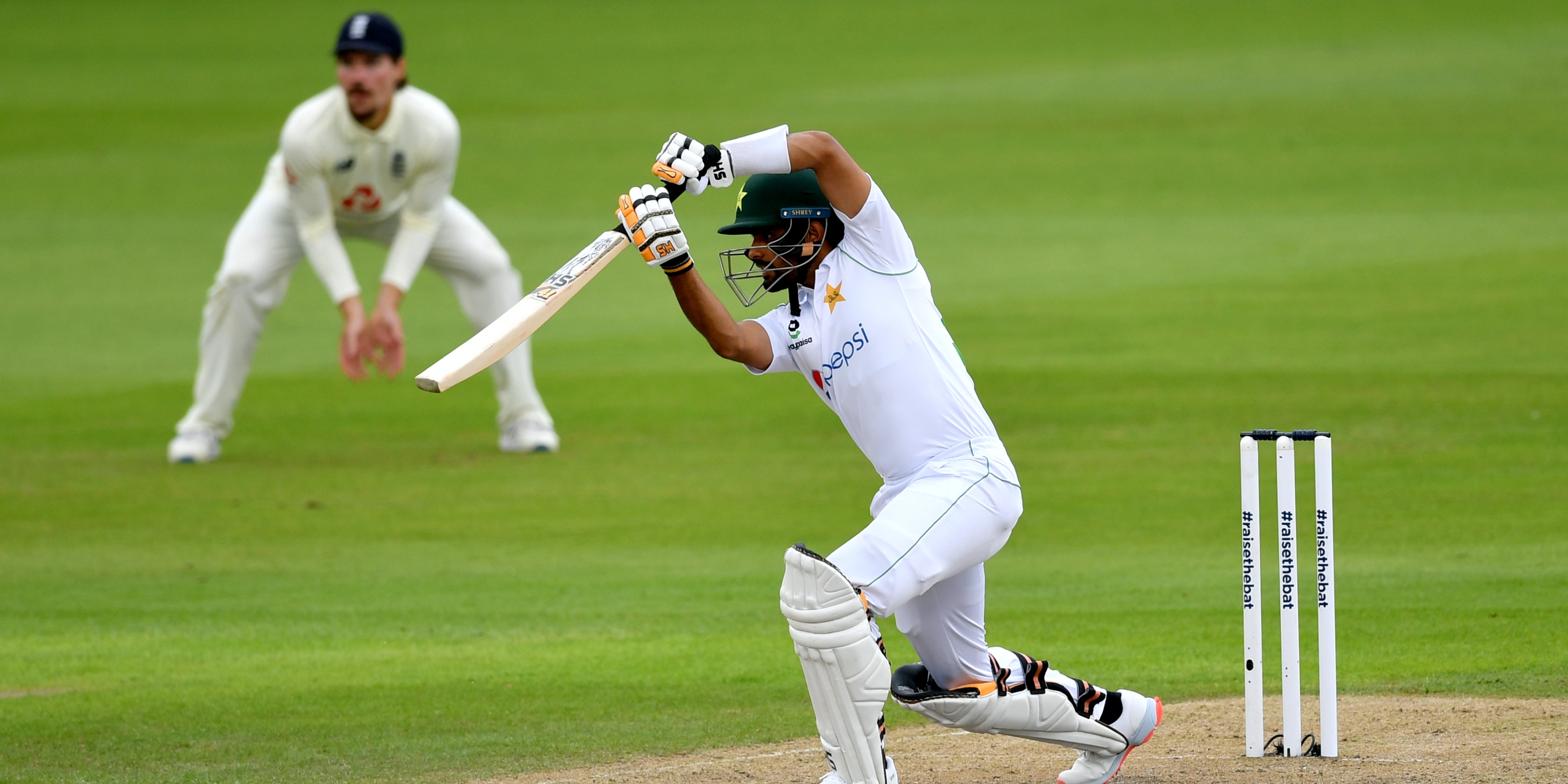 Babar Azam reached a regal half-century just before rain brought an early tea on the first day of England’s opening Test against Pakistan with the tourists 121 for two.

After being invited to bowl first by visiting captain Azhar Ali, the hosts will have been happy with a lunch score of 53 for two – Jofra Archer and Chris Woakes with a wicket apiece.

Woakes welcomed star batsman Babar to the crease with a wonderful delivery that might easily have clipped either the outside edge or the off stump but the 25-year-old dominated proceedings in the afternoon session.

He hit nine boundaries as he reached 52 not out in just 71 balls, almost every one of them imperious, as he set about proving all of the praise he has garnered in recent months is well placed.

The players were forced off the field by a shower just before 3pm and would have welcomed the chance to regroup after Babar’s onslaught.

As well as stalling England’s progress his efforts also placed Shan Masood in the shade, the opener having ground out a valuable 45 not out across more than three hours.

England began by confirming an unchanged XI, Ben Stokes again selected as a specialist batsman as uncertainty over his nagging quad injury continued.

While that spelled bad news for Zak Crawley, omitted once more to accommodate the extra bowler, it at least spared a thorny selection decision between Woakes and James Anderson.

Pakistan began their innings under moody skies and with the floodlights on, but openers Masood and Abid Ali showed sufficient composure to negotiate the first hour for 32 without loss.

Both men were beaten on the outside edge on a couple of occasions but stuck admirably to the task of seeing off the challenge of Anderson and Stuart Broad.

In the end it was the first-change bowlers, retained here ahead of Sam Curran and Mark Wood, who got England back into the conversation.

Archer, who created more headlines off the field than on it against the Windies, needed just seven deliveries to make his presence felt.

He made his way back for 16, an exit made all the more frustrating by a brief rain shower which forced the sides off after only three more deliveries.

It was only a brief recess but within 10 minutes of the restart Woakes sent captain Azhar Ali for a more permanent trip to the pavilion.

Looking to get off the mark with a flick to leg he was undone by Woakes’ unflinching control of line and length, thumped on the front pad and on his way after an unwise referral.

That brought Babar to the crease amid great anticipation, but Woakes’ greeting was perfect, shaping in and snaking away to leave the batsman groping.

Babar needed 15 balls to get off the mark, dropping a quick single to cover, with Woakes completing a superb eight-over spell before lunch.

Anderson resumed in the afternoon and immediately found Babar in better touch, a flick down to fine-leg, a push through midwicket and a back-foot push through cover getting the boundary counter moving.

The 38-year-old also became the first man to be no-balled by the TV umpire, part of an ICC trial that sees the front foot monitored off-field.

Babar was into his stride now, caressing Archer past mid-on and unfurling a pair of serene cover drives off Dom Bess.

The spinner had better luck against Masood, deceiving him with an arm ball then clipping his outside edge with turn on 45. Jos Buttler shelled the chance to deny England a breakthrough before the rain, but Babar reached his fifty just in time with another four off Archer.