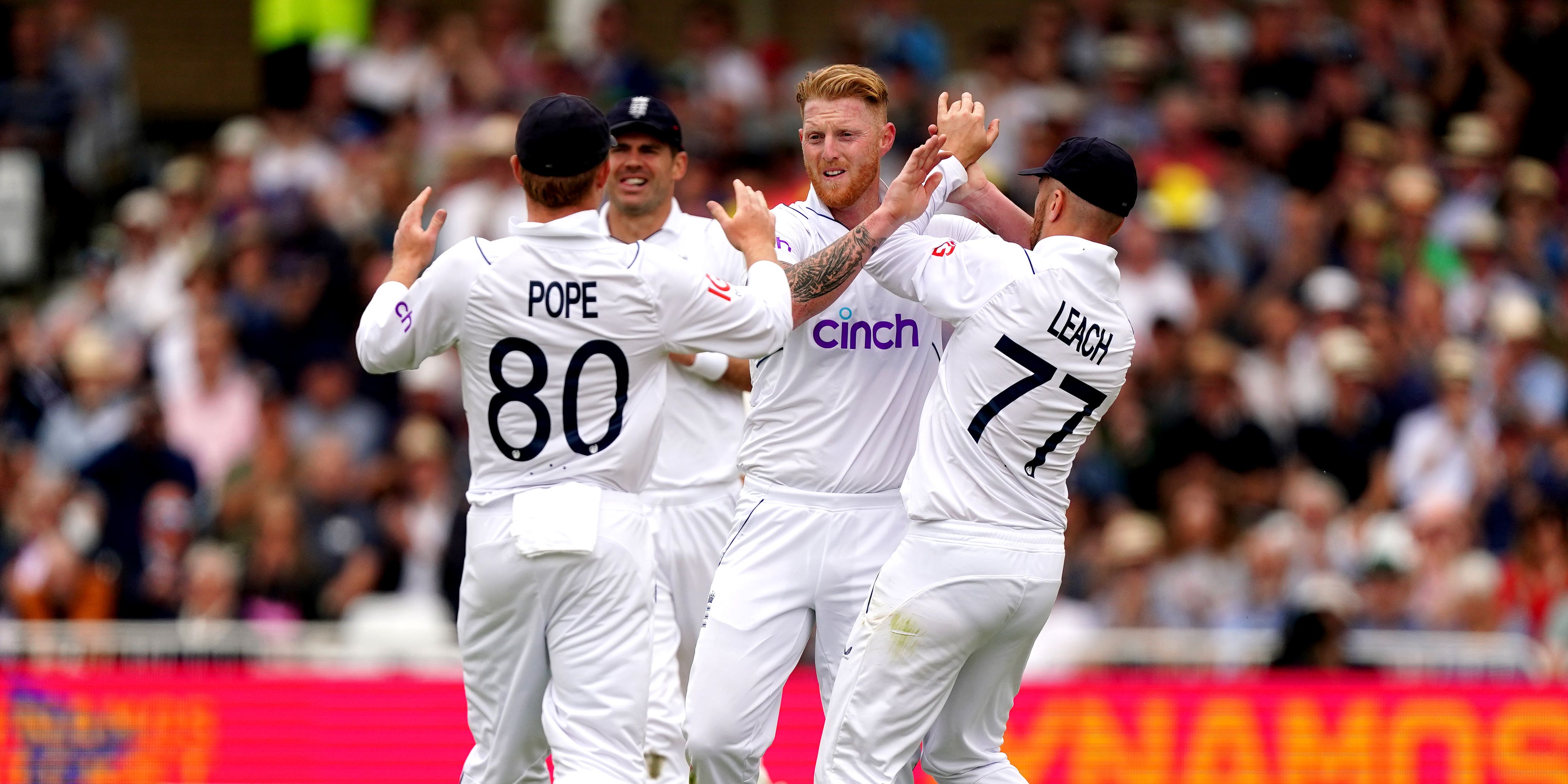 Ben Stokes and James Anderson struck with successive deliveries at Trent Bridge as England halted an early New Zealand charge on the first morning of the second LV= Insurance Test.

The Black Caps posted a lively 108 for two at lunch, with Will Young (47) and stand-in skipper Tom Latham (26) departing within moments of each other after a high quality opening stand of 84.

England conceded 20 boundaries in the first session as they failed to keep a lid on the scoring, but their quick double strike will offer some cause for optimism.

Facing a Kiwi side missing captain Kane Williamson due to a positive Covid-19 result on the eve of the game, Stokes chose to bowl first in a bid to wrestle control against a rejigged top order.

But despite a green-tinged pitch and low clouds overhead, it was the tourists who made the running as stand-in skipper Latham and Young raced away.

An unchanged home attack failed to find the kind of lavish swing and helpful sideways movement this ground is renowned for, with both batters enjoying a sturdy start to their innings. Latham clipped an off-colour Stuart Broad for back-to-back fours as the seamer struggled to find any zip on his home ground, while Matthew Potts could not quite recreate the energy of his eye-catching debut at Lord’s last week.

The pair reached 50 in 15 overs and kicked on quickly from there, with Young whipping Jack Leach’s third ball of the series over mid-wicket to show his intent. It fell to Stokes to get his side back in the contest, but only after a ragged first over and two punched drives off Young had skipped through to the cover boundary. Tightening up his line, he angled one in and clipped the shoulder of the bat.

Zak Crawley picked it up quickly and got down to hold a low catch at second slip. That should have been the cue for Latham to dig in for the interval, but he got it badly wrong as he gifted his wicket to the very next ball.

Anderson had returned for a second spell and dug his first ball in short from round the wicket. Latham gladly took it on, but turned his pull to the diving Potts at mid-wicket. Latham dropped to his knees in dismay, with 21 overs of sound work disappearing in two balls.

A third breakthrough would have rallied English spirits even further, but Devon Conway and Henry Nicholls made up for Williamson’s unexpected absence by beginning well.