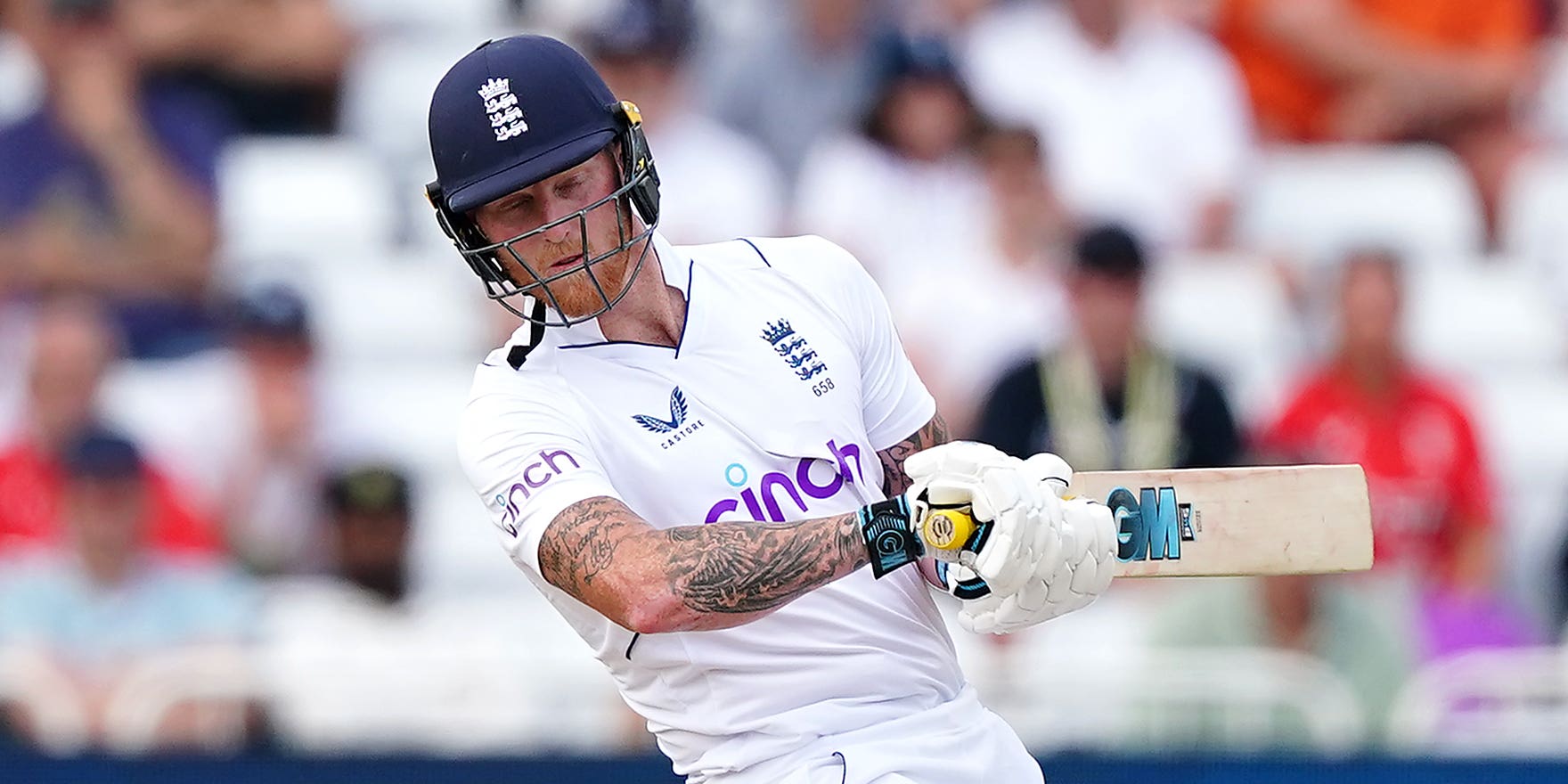 England’s hopes of a sensational dash to victory over New Zealand rested with Ben Stokes and Jonny Bairstow as the second LV= Insurance Test entered a gripping final chapter at Trent Bridge.

New Zealand were bowled out in the morning for 284, leaving the hosts with a formidable winning target of 299 in 72 overs.

That is the kind of equation that would see many teams hunkering down for the draw, including the England set-up of a couple of months ago. But times are different with captain Stokes and head coach Brendon McCullum at the helm.

They embraced the challenge to take tea on 139 for four, with the cheap dismissals of Zak Crawley (nought) and Joe Root (three) making their task a seismic one.

But 44 from Alex Lees and an unbroken stand of 46 between Stokes and Bairstow left everything up for grabs with 38 overs still to bowl and 160 needed.

Any doubts about England’s willingness to take on the challenge of keeping pace with a required rate of 4.15 were dispelled when Lees took 12 runs off the opening over.

Tim Southee’s first two deliveries were crunched through cover for four and, even when he won a moral victory, a thick edge skipped away to third man.

That is the way Crawley likes to play his cricket too, but for the second time in the match he was not able to keep out Trent Boult with the new ball. This time the left-armer preyed on his doubts around off stump, taking an edge that sailed through to Tom Blundell.

Lees continued his care-free start, backing an uncomplicated method and picking up three more boundaries as he reached lunch with 30 of England’s 36 runs.

Ollie Pope, a first-innings centurion, whipped a ball from outside off to the midwicket boundary to get off the mark but should have been on his way from Boult’s very first ball of the afternoon session. Pope was beaten outright, but Tom Latham fumbled an ankle-high chance at slip.

It felt like a significant moment until Matt Henry redeemed his captain, straightening one up off the pitch to have Pope caught behind for 18.

That brought Root to the crease, to a predictably riotous reception given his outrageous run of form in an England shirt.

But, having stroked his way to 176 with apparent ease in the first innings, he lasted just four balls. The team’s most reliable run-scorer was squared up by Boult, who turned his follow-up into a full-length horizontal dive to grab the return catch.

Lees had become becalmed amid the drama, runless for 45 before a punch down the ground and a first Test six off the spin of Michael Bracewell brought him back into the game.

He was stopped in his tracks by Southee, grazing one to Blundell to leave England wobbling at 93 for four.

Normal cricketing logic would have seen England pack up for the day and hang in for the draw but that is not how the new regime have set out to play.

Bairstow was already scoring briskly when he was joined by the skipper, with Stokes’ second scoring shot a statement of intent. He advanced down the track towards Southee and smoked him for a huge six down the ground.

New Zealand tried to tempt him with Bracewell’s spin, but Stokes responded by threading two reverse sweeps to the ropes and smashing a drag down.

With Bairstow playing positively at almost every ball, England kept themselves right up to par as the tea break intervened.

New Zealand had earlier added 60 for the last three wickets, including a rapid 35 from the last-wicket stand between Daryl Mitchell and Boult.

Stuart Broad struck twice with bouncers but Stokes kept himself on too long before James Anderson wrapped things up with a delayed new ball.