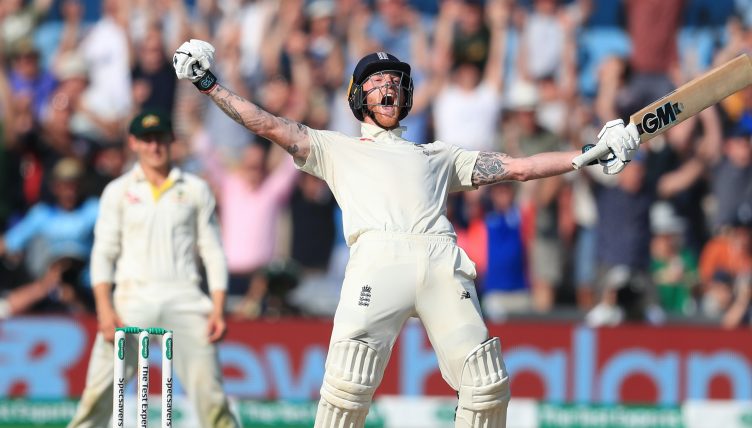 Ben Stokes will complete a remarkable tale of redemption when he captains England against the West Indies next week, according to Sir Andrew Strauss.

The Durham all-rounder will lead his country into the first Test at the Ageas Bowl with Joe Root given leave to attend the birth of his second child.

Stokes’ international career was on the line when he was charged with, and later acquitted of, affray following an incident in Bristol in September 2017, but the heroics he performed on the pitch to help England win the World Cup and a remarkable contribution to last summer’s Ashes wrote a new chapter in his career.

Former England skipper Strauss told the PA news agency: “It will be a proud moment for him and really does mark the final post of an incredible redemption story. He deserves to be very proud of what he’s achieved and I’m sure he’ll love that moment.

“For the time being, it’s a sort of one-off thing, so his job is going to be to meet the demands of being England captain while still performing in all three roles that he performs in, which is a significant challenge.

“But we kind of know with Ben he’s going to be one of these lead-from-the-front-type figures who will lead by example.

“I think one thing that is underestimated with Ben is his cricketing intelligence. He reads the game very well – we’ve seen that, the way he’s reacted with the bat changing his tempo when the game dictates.

“That feel for the flow of the game is so important, and he’s got that.”

Root’s impending return means Stokes’ elevation will be temporary, and Strauss admits that may be no bad thing for a man whose batting, bowling and fielding have all become key weapons in the England armoury.

The former opener, who played for his country under another all-rounder, Andrew Flintoff, said: “It’s hard enough to do when you’ve just got one area of specialisation, and certainly I found it tough enough, so when you’ve got three…

“The player himself would have to feel very comfortable with his own game because blending that focus on the team with your own performance is the ultimate challenge of captaincy, actually, to keep performing while leading at the same time.”

Strauss’ comments came after it was announced that the third Test has been designated as the Ruth Strauss Foundation Test as part of his campaign to raise money in memory of his late wife.

Ruth Strauss died in 2019 from a rare form of non-smoking lung cancer and her husband, with the support of their sons Sam and Luca, is now working to fund research into the disease and provide support for affected families.

“One year on, it’s no different,” said Strauss, who saw GBP 550,000 raised for the charity at Lord’s last summer on the first #RedForRuth day.

“We’re really hoping to accelerate our progress. This is not a one- or a two-year thing, it’s something that we’re looking at for the long haul.”