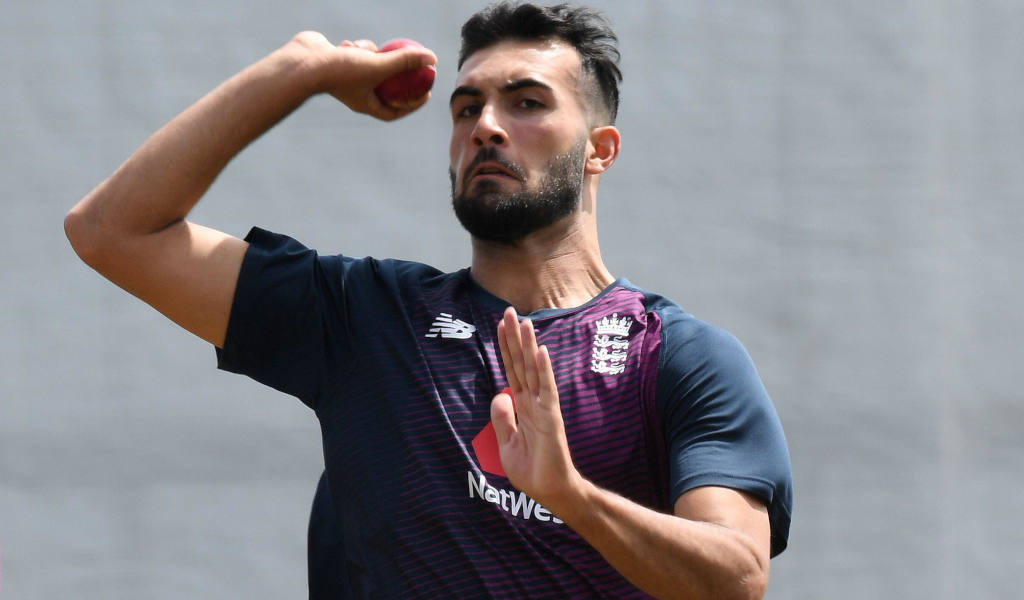 Saqib Mahmood has revealed that a conversation with Ben Stokes in the Caribbean inspired him to turn down an Indian Premier League offer and prioritise red-ball cricket as he bids to hold on to his Test place.

The 25-year-old made his Test debut in the recent series defeat against the West Indies and came away as the pick of the England seamers in largely batter-friendly conditions.

The Lancashire bowler has previously made his mark in the white-ball formats, with 12 T20 internationals and seven one-day internationals under his belt, but says he rejected an offer as a replacement in the IPL in order to focus on keeping his Test place.

“I wanted to make sure that in the short term I prioritised red-ball cricket,” Mahmood said.

“Especially after getting that opportunity in the West Indies. I turned down an IPL offer just to be here playing for Lancashire and try to push my red-ball credentials.

“It was funny because it came from a conversation I had with Stokesy over breakfast one morning.

“I got talking to him about why he didn’t go to the IPL and he said he wanted to prioritise red-ball cricket and be a part of the squad moving forward.

“And it was that same day that I got a call. A coincidence in timing but for me the timing of that call was great because I had left that morning having had the chat with Stokesy, who would earn millions in the IPL but really wanted to push this team forward.

“I have that drive as well to try and be a part of that Test team and try to push that forward over the next few months. Hopefully that can highlight my ambition to play Test cricket.”

While many players choose to focus on the white-ball formats and the riches they can bring around the world, Mahmood insists Test cricket remains the pinnacle of the game.

“I feel like if you told me now to choose a format to play for England it would be Test cricket,” he added.

“Obviously I have aspirations for all formats and hopefully I can play all formats. But right now top of my priority list is playing Test cricket.

“I’ve had success with England in a white-ball shirt as well but how much I enjoyed myself out in the Caribbean, I have never enjoyed myself that much on a cricket field.

“And it was a pretty flat wicket at Barbados. But I just thought it was hard graft, you had to work to get your wickets but I just thought the whole experience – and I did take it all in playing Test cricket – nothing beats it.

“The satisfaction of doing well and winning – obviously I haven’t managed to win a Test match yet but I imagine it would be up there with one of the better feelings in the game.”

Mahmood finds himself in the strange position of potentially fighting Lancashire team-mate Anderson, England’s record wicket-taker, for a spot in the opening Test of the summer.

“There is no awkwardness between us,” Mahmood said. “Jimmy sent me a message when I got picked to congratulate me which was great of him.

“There is competition but I’d like to think we can both play in the same team as well. He is someone I have looked up to my whole career.

Anderson also insists competing with Mahmood during the opening weeks of the County Championship is not on his mind.

“He is my team-mate so I want him to do well. I will help him out, I’m not going to two-foot him if we play football!” Anderson said.

“It’s not between me and Saqib for an England place, I don’t see it that way. We are different bowlers.”