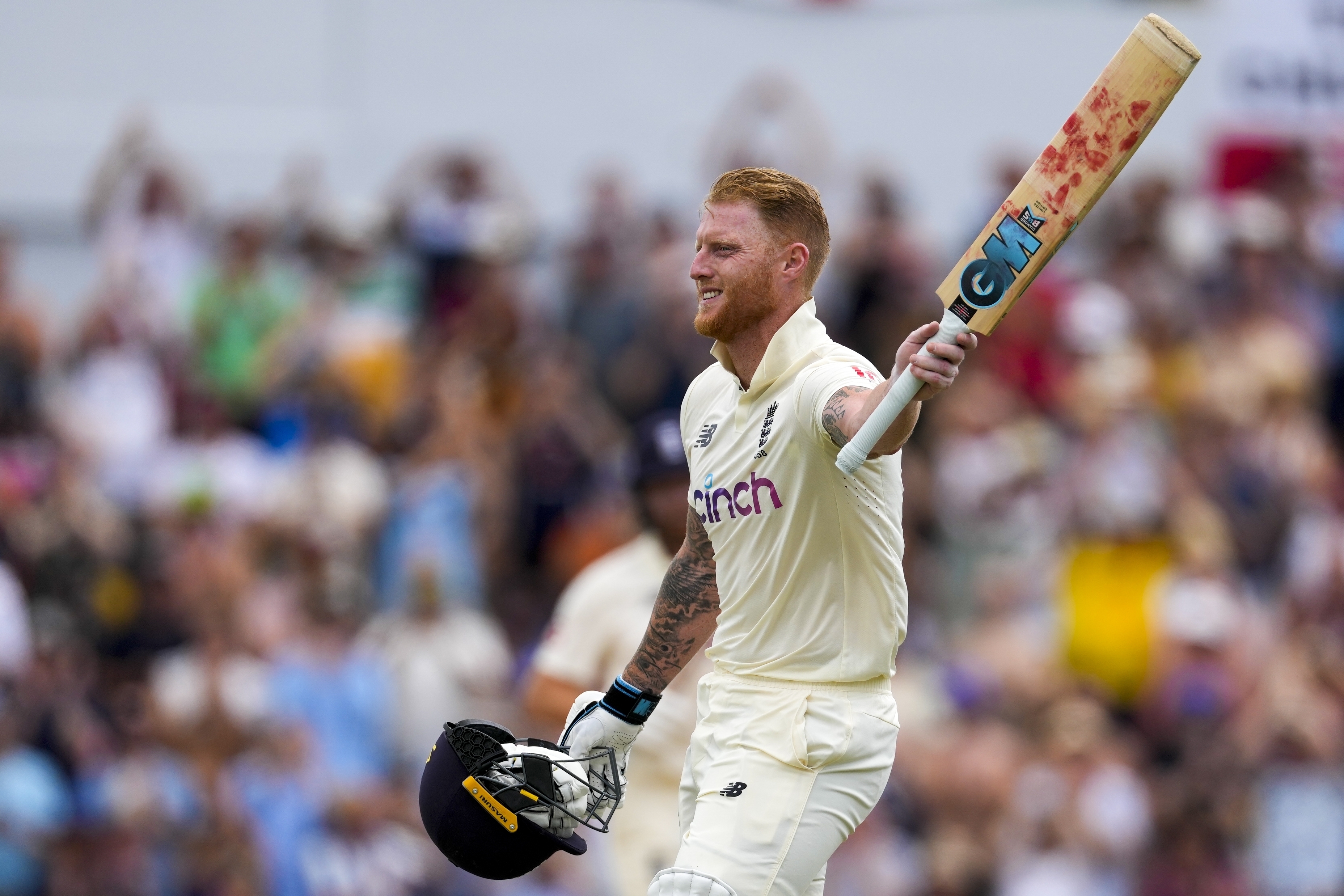 Ben Stokes was in the mood on the second morning of the Barbados Test, overshadowing unbeaten centurion Joe Root as his fearless hitting powered England to a formidable 369 for three at lunch.

Having taken a wicket with the final ball of the first day, the West Indies were hoping to regain some control of a game that Root had taken away from them but they found Stokes in irrepressible mood.

He hammered 89 not out in just 92 balls, unloading a highlights reel of shots to all corners of the Kensington Oval as he pummelled four sixes and 11 fours.

Remarkably, that allowed Root to take it easy as he settled for a facilitating role that saw him move his overnight score of 119 to a care-free 151no.

Stokes started well, getting off the mark with a wonderfully timed on-drive for four off Jayden Seales before hitting the ropes with a square drive and a blast through extra-cover off Kemar Roach.

But he soon decided this attack, on this sleepy surface, was there for the taking. He entered Alpha mode with a dismissive lofted drive off Alzarri Joseph and was more than ready to take apart Veerasammy Permaul’s left-arm spin.

A perfectly-timed reverse sweep raced away for four before he smashed his first six, into the wind but well over long-on.

He backed himself to go even bigger in the spinner’s next over, heaving it high into the sky and hitting the roof of the Worrell, Weekes and Walcott Stand to force a change of ball.

After taking in the applause for a 73-ball fifty, he set about treating the replacement ball just as violently.

He stepped deep in his crease to flog Permaul into the party stand and then bullied Joseph out of the attack with a 20-run over, including a hat-trick of powerfully hit fours and maximum clubbed high over long-on.

The West Indies may not have realised it at the time, but as Stokes’ assault was unfolding, TV replays showed a missed stumping opportunity against him on 58. Overbalancing slightly as he missed a reverse sweep, he tipped marginally out of his ground only for Josh Da Silva to hesitate behind the stumps.

With Root reliably rotating the strike on his way to another landmark knock, his 12th score of 150 or more, Stokes was unable to get on strike for the final couple of balls of the session to halt his charge towards three figures.