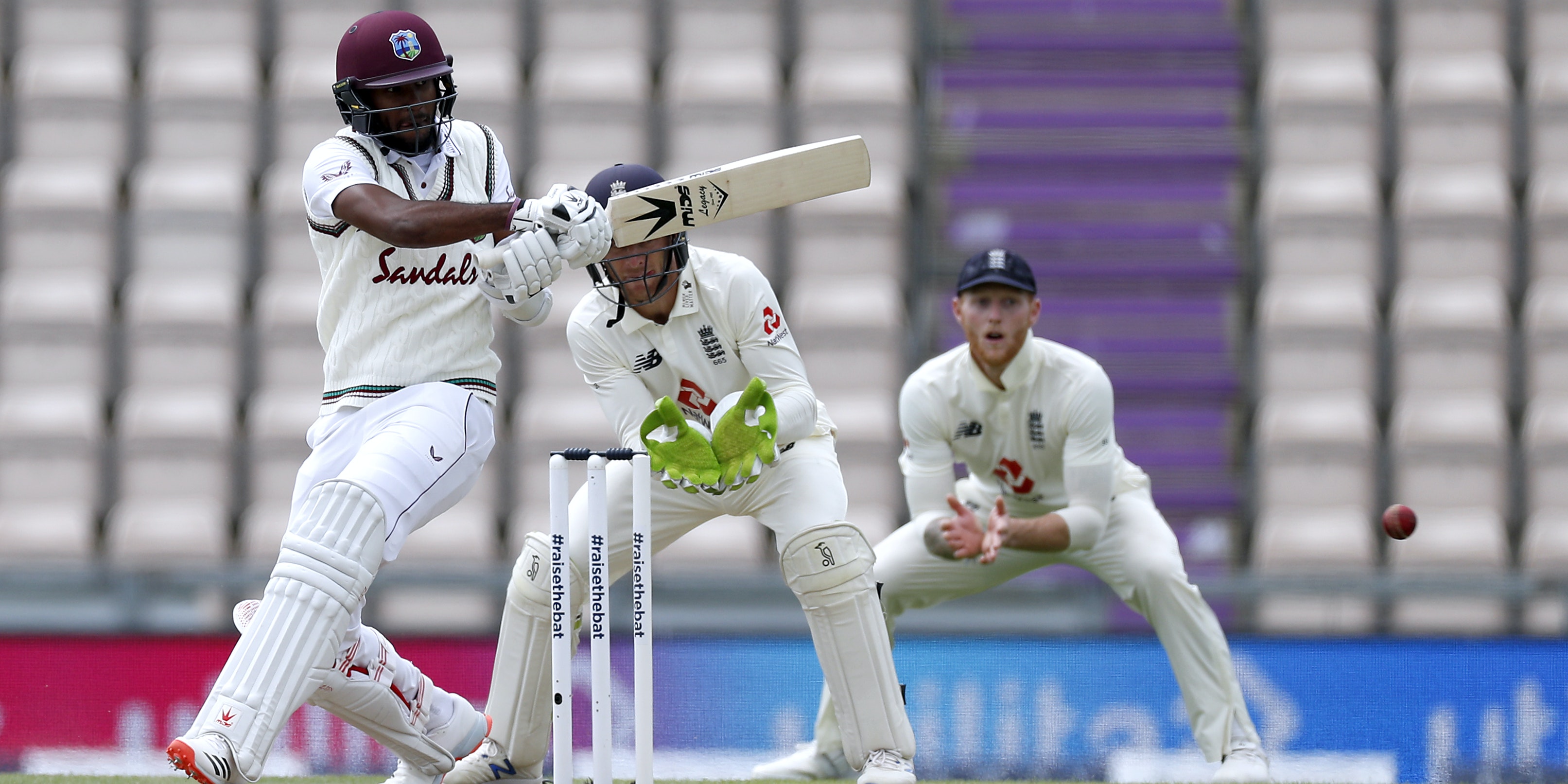 Ben Stokes won a marginal lbw verdict to dismiss top-scorer Kraigg Brathwaite as the West Indies closed in on England’s first-innings total on the third morning of the first Test.

After bowling the hosts out for 204 across two drizzly, overcast days at the Ageas Bowl the West Indies resumed on 57 for one under batsman-friendly sunny skies to reach 159 for three at lunch.

Shai Hope was first to fall for 16 just after drinks, flashing hard at the spin of Dom Bess and handing Stokes a sharp slip catch.

Brathwaite was looking resolute at the other end, converting his overnight 20 into the first-half century of the match from 113 balls.

It was also his first Test 50 since July 2018 but his hopes of progressing towards three figures ended when England’s temporary captain pushed him on the back foot and rapped him high on the knee roll. He was given out for 65 by Richard Kettleborough and when he called for the review the dismissal was upheld on two counts of ‘umpire’s call’.

While that was enough to justify the decision, the West Indies would be forgiven for harbouring frustration at the number of tight calls that have gone against them in this match – the first since the International Cricket Council relaxed its rules on the use of ‘home’ officials.

The West Indies began 147 in arrears and successfully negotiated the first hour, adding 42 without loss. There were just two boundaries in that time, Brathwaite using Mark Wood’s extreme pace to ping the ball through point and Hope edging Jofra Archer over gully.

Archer added to England’s frustrations when he had Hope lbw from a no-ball but Bess ensured the error came at no cost, tempting the number three into a big drive to find the outside edge.

Stokes followed up by making Brathwaite his first wicket as skipper but both Shamarh Brooks (27no) and Roston Chase (13no) made quick runs to leave their side just 45 behind.