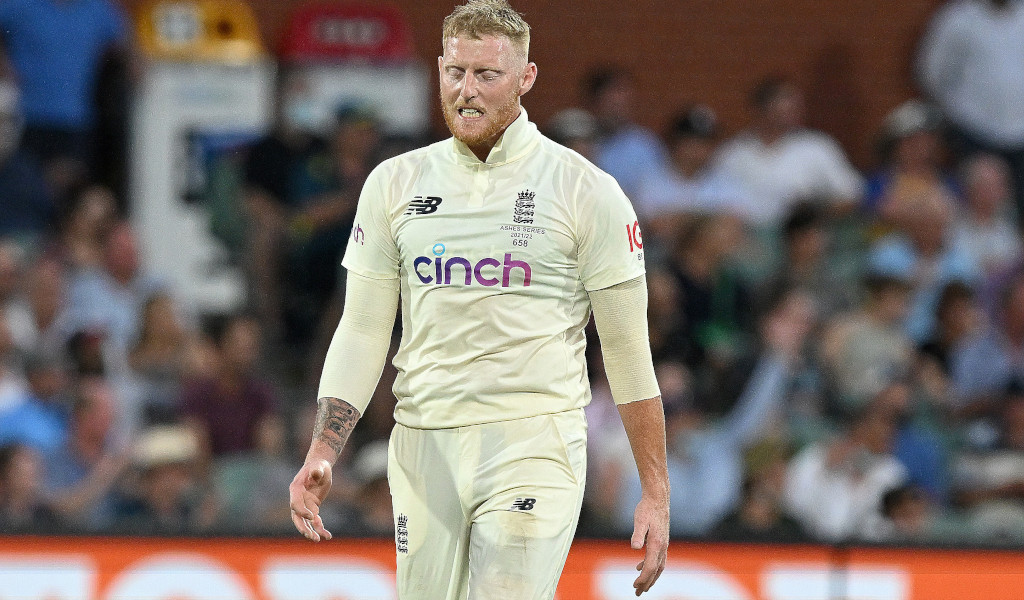 Ben Stokes won his battle with fellow all-rounder Jason Holder, but a defiant half-century from Nkrumah Bonner kept the first Test between England and the West Indies firmly in the balance.

Stokes made a crucial breakthrough in his second over on day three, having Holder caught behind for 46 and ending a frustrating stand of 79 with Bonner.

At that stage the hosts were five down and still 105 behind, but England were unable to follow up as the Windies chipped away to reach 271 for five at lunch.

That left the deficit at 40, with Bonner unbeaten on 68 alongside Josh Da Silva (29no). Stokes came within a whisker of removing Bonner in a combative spell with the old ball, with the Jamaican flapping a bouncer off the top edge and in the direction of substitute fielder Ollie Pope.

Pope was just unable to get his fingers under the ball racing in from mid-wicket, allowing Bonner to breathe again on 40.

The day began with one ball from Jack Leach, completing an over from the previous evening, before Chris Woakes and Stokes picked up the baton. For Woakes, wicketkeeper Ben Foakes once again stood up to the stumps in a sign not only of his excellent reactions but also the seamer’s gentle pace.

Stokes, taking on a much fuller role with the ball than anyone had expected due to his recent side strain, was showing a bit more menace and soon scored a major success with the wicket of Holder.

Pounding out an attacking line, he drew the former captain into a moment of indecision as he shaped to play, began to withdraw and only managed a gentle edge.

Stokes knelt and pumped his fists in approval, testament to the problems Holder has caused England in the past. Had he also taken out Bonner, it would have been a truly decisive contribution, but the half-chance for Pope was all the number four offered.

He made a diligent half-century in 147 balls but found his groove against Wood.

He struck consecutive fours and a hooked six off the Durham quick, who spent a couple of spells off the field and wore strapping on his right arm.

The arrival of the second new ball offered fresh hope, but, for the second time in the innings, Woakes and Craig Overton could not produce the goods

Da Silva edged Woakes through the vacant third slip area and overturned an lbw for Overton, but there was not enough consistent pressure.