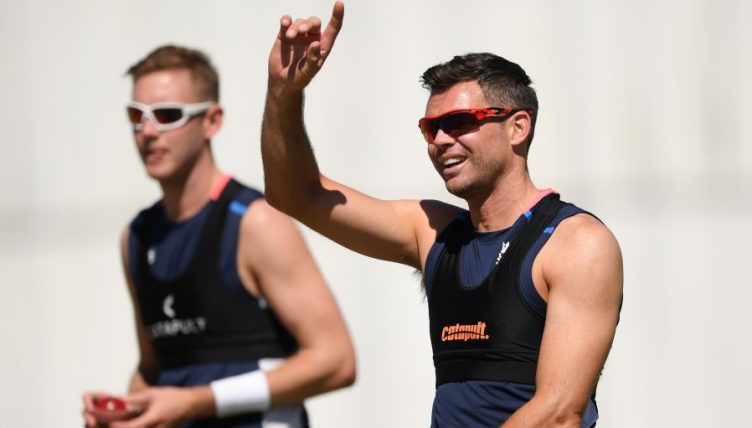 Stuart Broad has worked harder on his game than any other England player, according to team-mate James Anderson.

Following a disappointing 2017 for Broad, he made changes to his action after last year’s Ashes series and Anderson believes he is now rebooted.

Broad has already taken a hat-trick during England’s warm-up for the West Indies series.

And ahead of the first Test match in Barbados starting on Wednesday, Anderson also hailed Broad’s recent work ethic.

“I think generally, probably since Australia [12 months ago], I’ve not seen anyone work as hard as he has on their game,” Anderson said. “It’s a credit to him, he’s put so many hard yards in, not just on his run-up but on his action, trying to swing the ball away again and stuff like that.

“I do think the run-up has looked really good here. It might just get another couple of years out of him. Part of him thinks ‘why have I not done this sooner?’

“Absolutely [he is not losing any velocity through the crease]. For me, it’s all about the last six yards, building that momentum up to the crease.

“He still has the same snap at the crease, the same momentum going through the crease. He can definitely have the same oomph.”