Brydon time: Carse has the drive to be England’s middle-overs enforcer 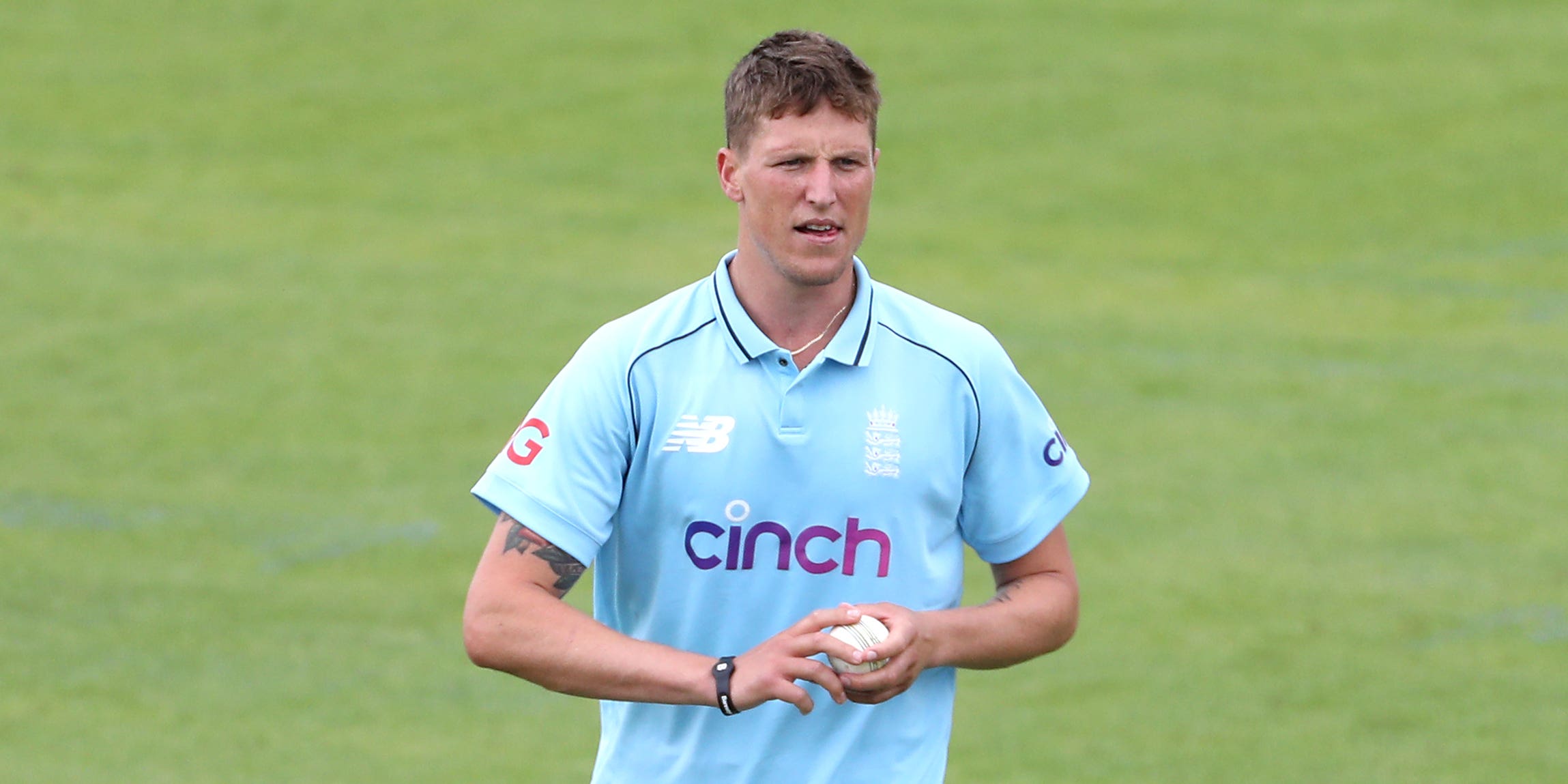 Brydon Carse agreed he could be Liam Plunkett’s heir apparent as he targets a role as England’s middle-overs enforcer following an eye-catching spell against the Netherlands.

Figures of 7-0-36-1 for Carse in England’s six-wicket victory on Sunday, which moved them into an unassailable 2-0 one-day international series lead in Amstelveen, seemed scant reward for the paceman.

Operating at around 90mph and extracting sharp bounce, Carse has an action reminiscent of Plunkett, so instrumental in England’s white-ball revolution and an unsung hero in their 2019 World Cup triumph.

Since quietly moving on from Plunkett after that, England have lacked a seamer who can keep opposition batters in check after the new ball bowlers but Carse is hopeful he can fill the vacancy.

“That’s something I am striving to be like,” said the 26-year-old, a product of Durham’s academy like Plunkett, who left for Yorkshire just as Carse was joining the north-east club.

“Obviously (Plunkett) had a very good England career and if I can fulfil that role going forward it’s a big positive.

“I am just trying to keep it as simple as possible. I want to come on and be aggressive. I want to make an impact in the game. That might not necessarily be taking wickets but creating opportunities for the other end.

“When things are clicking it’s good to bowl quick. It adds a different dimension to the team. If I can be bowling in and around 90mph then I am sure it will create opportunities for me in any side.”

Carse took his maiden international five-wicket haul last summer as part of an emergency shadow squad that faced Pakistan, while he was part of the England Lions party that supplemented the Ashes group in Australia last winter but suffered torn cartilage in his right knee early into the trip.

The injury kept him on the sidelines for several months and he missed Durham’s first five LV= Insurance County Championship fixtures as a consequence.

While representing England in all three formats is on his agenda, the South Africa-born Carse seemed to play down the chances of potentially joining Durham team-mate Matthew Potts in the Test line-up this summer, indicating he is happy to spend the next couple of months featuring in white-ball cricket.

“It’s something definitely in the back of my mind,” added Carse. “I want to play red and white-ball cricket, and I want to play Test cricket for England.

“I did play a couple of championship games for Durham. But I think all this white-ball cricket happening in the summer now is not a bad thing for me.

“I can look to target the back end of the year to play four-day cricket and get some games under my belt. There’s a massive winter for England in red and white-ball.”

Carse made his England debut under Durham team-mate Ben Stokes, who took charge for the Pakistan ODI series last July, and describes the now Test captain as a “great leader and a great character”.

Carse also had warm words for Eoin Morgan, who registered a second successive duck against the Netherlands, with England’s limited-overs skipper undergoing a drought in form in ODIs and T20s.

“I am lucky in the sense I have Morgs here as a captain who is a great leader, very good with the younger bowlers,” added Carse, ahead of Wednesday’s third ODI at the VRA Cricket Ground.

“He’s kept my role, and told me to do exactly what my main skills are which has been great to be honest. It is very relaxing when you have a captain that backs you and backs your skills.”