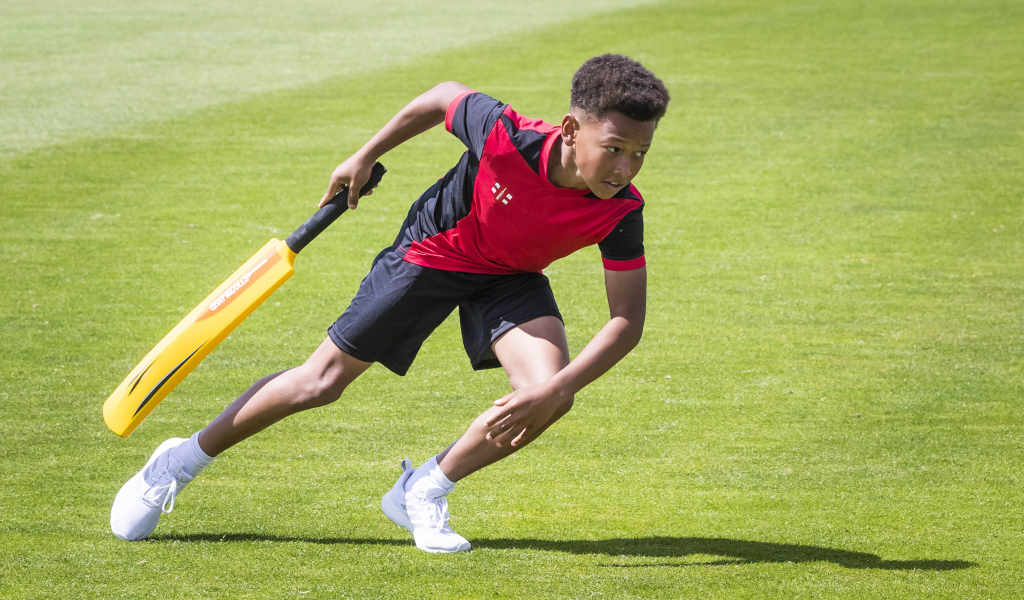 Chance to Shine is closing in on its sixth millionth participant but the charity is also keen to help cricket through the racism crisis in 2022 and continue to make the sport accessible for all.

Having put on free coaching for more than five million children since its formation before the 2005 Ashes, and despite the challenges presented by the coronavirus pandemic, Chance to Shine sessions continue to be staged up and down the country almost every day of the year.

Work in primary and secondary schools occurs in addition to the organisation’s award-winning street programme where 70 per cent of its participants are from ethnic minority backgrounds.

After the fall-out of Azeem Rafiq’s racism allegations against Yorkshire and the subsequent 12-point plan put in place by cricket to rid the sport of racism, Chance to Shine is set to embark on an independent investigation in 2022.

“Cricket has its challenges at the moment and we want to be part of that solution,” chief executive Laura Cordingley told the PA news agency.

“We have always focused on training and developing our wonderful network of coaches so one of the things we are doing is rolling out EDI (equality, diversity and inclusion) training to them. We focus a lot on research and we are quite proud of the data and insight we drive from our programmes to make sure we make informed decisions.

“One of the things we are focusing on is doing an independent piece of research around how young people have felt included as part of our programmes but also whether they have experienced any forms of discrimination so we can get to grips with that piece of work, which should only help us develop again as we move forward.”

At a time when cricket is on the ropes both on and off the field, with another Ashes thrashing fresh in the memory, Chance to Shine wants to break down barriers. England’s 4-0 loss in Australia sparked debates over whether the sport is too elitist with the majority of players in Joe Root’s squad coming through private education.

Chance to Shine works with on average 600,000 participants a year with each costing the organisation GBP 6 to put them through the state school programme.

But Cordingley knows they can do more, adding: “Through our street programme we have local, regional and national finals and one of the simple things we can do is to make sure people who are responsible for talent within those areas are there for those competitions.

“I think everyone is part of the solution. If we look at it from a Chance to Shine perspective and at our street programme, we know there is talented young people there and at the moment they are probably not even having the opportunity to be spotted in the first place. That is something we need to work on more in terms of our relationship with the counties.”

Chance to Shine does have links with all 39 county cricket boards across England, Wales and Scotland and has strong relations with The ACE Programme, launched by Surrey in 2020 with the aim of helping to support diverse talent.

In 2010 the charity hit its millionth participant and saw that figure rise to five million during the next decade with Cordingley thankful to the England and Wales Cricket Board for its continued annual backing of GBP 2.5million towards a project that costs GBP 6million each year to run.

While a big focus is on developing life skills and encouraging physical activity, a third of Chance to Shine’s street coaches are previous participants and the organisation reported a 50/50 gender split in participation last year to highlight the evolution it has overseen during the last 17 years.

Cordingley added: “Lauren is a former Chance to Shine participant and we are really proud of that but what I would say is there is a lot more we and the game can do to help young people to progress if they are talented.

“We are not a talent charity, we are very much about grassroots but we want to make sure for those one or two per cent of young people that could make it professionally, there are no barriers in the way.

“It will be for the better of the game if all young people can have that opportunity. We are really keen to work with the ECB, work with the counties and other partners in the game.

“I know from the ECB’s 12-point plan they have made a commitment to the talent pathway which is great. It is really encouraging so I would like to think there will be talented teenagers in the system at the moment that in a few years, if given the right opportunity, could make those steps.

“It is about people coming together and understanding which part you can play. We see ours as helping children in the grassroots game and if they are showing potential to help them progress. Then the other parts of the game can embrace and help them.”