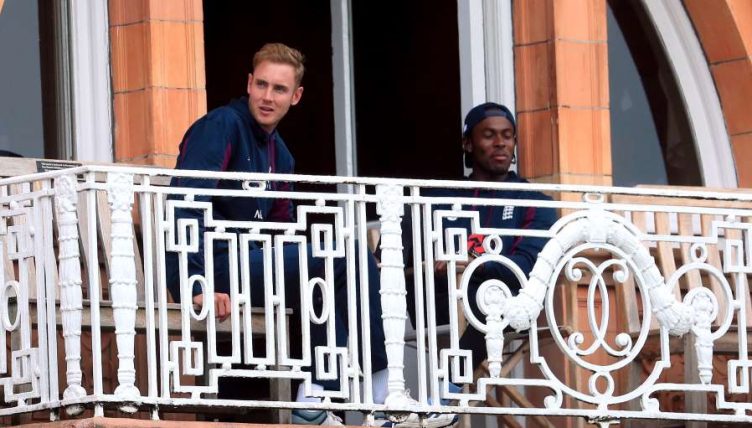 The rain may have scuppered most of the day’s plans at Lord’s on Wednesday, but the announcement of a 3pm toss (that would itself later be cancelled because of yet more rain) did at least give a window of opportunity for Jofra Archer to be presented with his England Test cap.

His great friend and Sussex team-mate Chris Jordan did the honours, apparently in line with a request made by Archer himself some time ago.

May not get any cricket at Lord's today, but we did get Chris Jordan presenting Jofra Archer with his Test cap and that is just lovely.pic.twitter.com/OgBLcNMG2c

Jordan – like Archer, born in Barbados – was integral in bringing the young fast bowler to Sussex and setting him on a road that has already involved World Cup glory and now takes in – weather permitting – the Ashes and who knows what else to come.

It’s a genuinely lovely moment and makes up at least in part for the lack of actual cricket.

Archer’s cap presentation was the closest we got to any actual action at Lord’s on Wednesday. Even that 3pm toss proved optimistic, the covers going back on minutes earlier and still firmly in place when play was finally abandoned for the day at 4.20pm.

What is now a four-day Test will get under way on Thursday, with a rather more favourable forecast ahead of more wet stuff over the weekend.