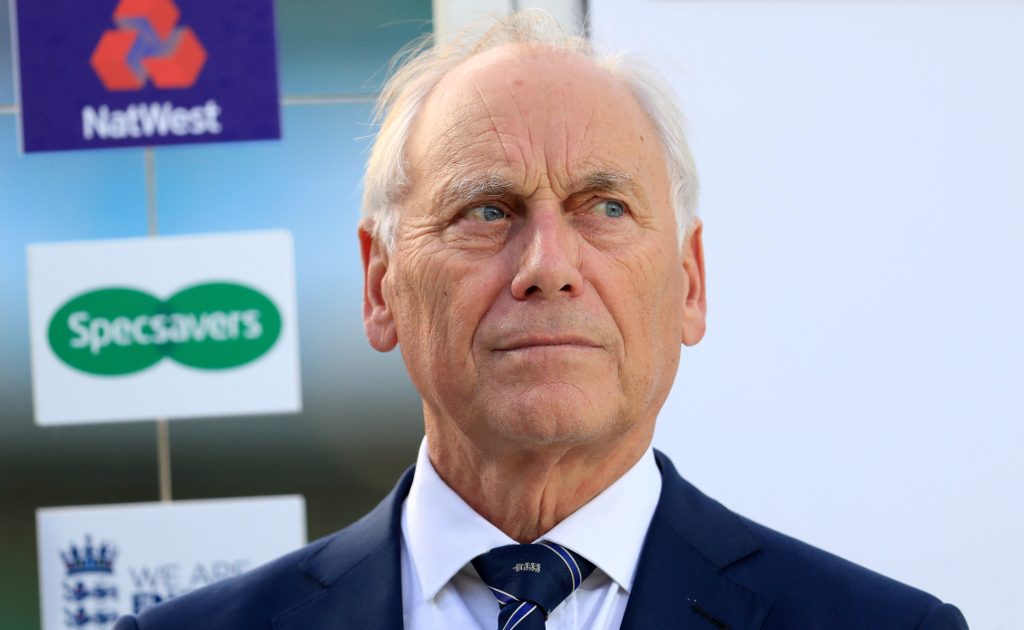 Former Yorkshire executive chairman Colin Graves has been told to “put up or shut up” and come before a parliamentary committee over the role of his family’s trust in the running of the county.

Roger Hutton, who resigned as chair over the county’s handling of Azeem Rafiq’s allegations of racial harassment and bullying, told the Digital, Culture, Media and Sport (DCMS) committee in November that the Graves Trust, a major creditor, had vetoed the removal of two board members.

Committee chair Julian Knight said on Tuesday that Graves had been invited before the committee in November and refused, saying he did not have anything to add, and was invited again after Hutton’s comments.

“Mr Hutton claimed the Graves Trust was a roadblock to change at Yorkshire and had actually stopped him from making the necessary changes to the board in order to easily tackle the ongoing issue of racism,” Knight said.

“We would probably have left it at that, but Mr Graves decided to brief a journalist where he expressed his view that the Trust is only a passive participant in the board at Yorkshire and that he did not know why we were so concerned about its role.

“We asked him to come in, having put his head above the parapet, to come before the committee. However, he is in Barbados.”

Knight read out a letter to the committee from Hutton, who wrote: “What was happening on a weekly basis sometimes appeared to me as if Mr Graves was influencing the Trust and sometimes spoke as if he was (the Trust).

“He expressed concern on how the investigation had taken place, some of which I empathised with, but his views on Azeem Rafiq, the findings of the report, and how the club should respond to those findings were very different from mine.

“I formed the view that some of his opinions were very similar to those of the executive of the board (chief executive Mark Arthur and director of cricket Martyn Moxon) and others in the club who later wrote to the board.”

Knight said: “It seems to be from this letter – and they are only allegations – that there seems to be substantial and ongoing interference by Mr Graves in the governance of Yorkshire.

“So we reissue our invitation to Mr Graves in order to explain himself, and the role of the Graves Trust then, and going forwards. It may not seem like a Yorkshire statement, more of an Americanism, but we really do think Mr Graves should put up or shut up in this instance.”

Lord Patel, the current chair of Yorkshire, was asked by Knight about his experience with the Trust.

“Since I started I wouldn’t say they had been a roadblock in anything that I had to do with them,” Patel said.

Legal documents were drawn up

“However, I understand where people are coming from and where you have a financial agreement where you have those added extras – you can have an observer on the board – you could veto the appointment or exit of a person.”

He also said the Trust’s rights to observe were set to be removed, and that the Trust had been “incredibly supportive” in that.

Knight told the PA news agency earlier this month he would have reservations about restoring Yorkshire’s right to host lucrative international matches while the Trust’s role remained unresolved.

He asked Patel about the progress the county had made in getting those rights restored, which were stripped from them by the England and Wales Cricket Board (ECB) over the handling of the Rafiq investigation.

“We will submit all our evidence by the end of this month and we will present to the ECB on February 1, and then we will await a decision by them to see if we meet the criteria,” Patel said.

Patel talked about some of the challenges he had faced since his appointment to the Yorkshire board.

He said the club felt “fundamentally different” from the one he walked into nine weeks ago, when he admits he did not feel comfortable.

However, he accepted some staff at the club had been unfairly tainted by the mishandling of the Rafiq investigation.

“I was sad to hear a young man say he had to hide his badge when he leaves here,” Patel said.

“I’ve had members of staff who have been told in the street to take their shirt off because it’s racist. The fact that we have come so far in such a short space of time does bode well in terms of moving forward.”