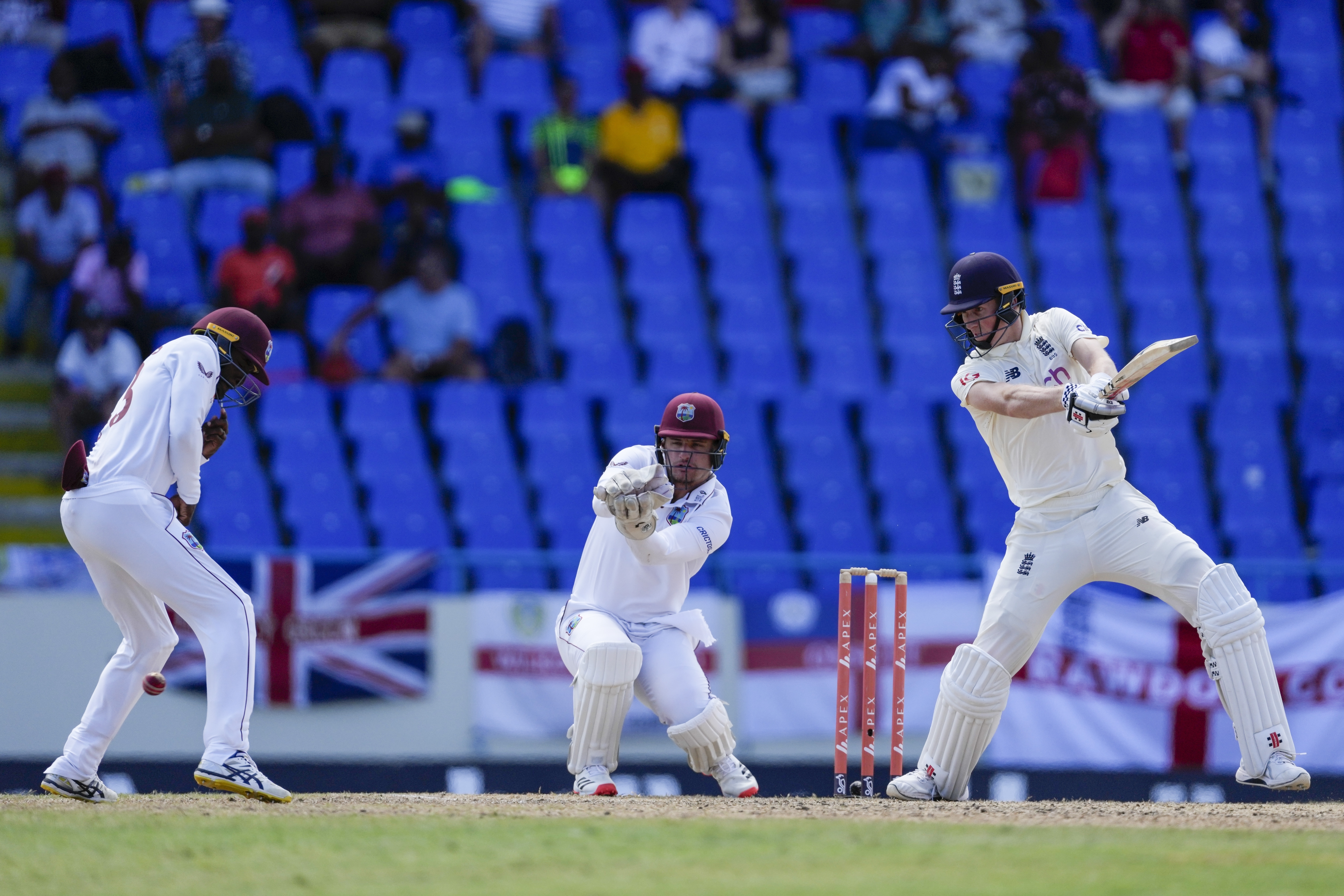 England will look to defy a placid pitch and push for victory in the first Test against the West Indies after a long-awaited century from Zak Crawley steered them away from danger.

The tourists dominated the penultimate day in Antigua, turning a first-innings deficit of 64 into a sturdy lead of 153 on the back of a bumper partnership between Crawley and Joe Root.

The pair put on an unbroken 193, with Crawley ending a 19-month wait to follow-up his memorable 267 with 117 not out and Root scoring an effortless 84no.

At some stage they will need to decide when to time their declaration, but with a flat track that has so far refused to misbehave and an opposition who have already proved their resolve they will arrive on the final morning knowing the draw remains the favourite.

How England would love to have a fit and firing Mark Wood at their disposal as they try and force a result. But he is nursing an elbow injury and was forced to pull out midway through the first innings. The picture is somewhat cloudy, with his friend and former Durham team-mate Steve Harmison telling TalkSport Wood was “devastated” and casting doubt on his involvement in the rest of the series. The official word from the England camp is more equivocal, suggesting he is “working towards bowling in the second innings”.

Given Wood’s likely absence, England seem set to ask spinner Jack Leach to take a heavy share of the bowling burden. In the first innings he got through 43.3 overs on his own as he held down an end with admirable control. This time the plan will be to rotate the available seamers and allow Leach to flex his attacking muscles. With runs on the board he should be able to bowl with aggressive fields and with attacking lines. If things happen in a hurry, he will be key.

England’s century-maker said his side would aim for victory by trying all day, regardless of what the pitch gives them.

The West Indies have never lost to England in this corner of the Caribbean, a record dating back more than four decades and two different grounds. There have been four heavy home wins and five draws, and shutting out England again is a huge motivating factor.