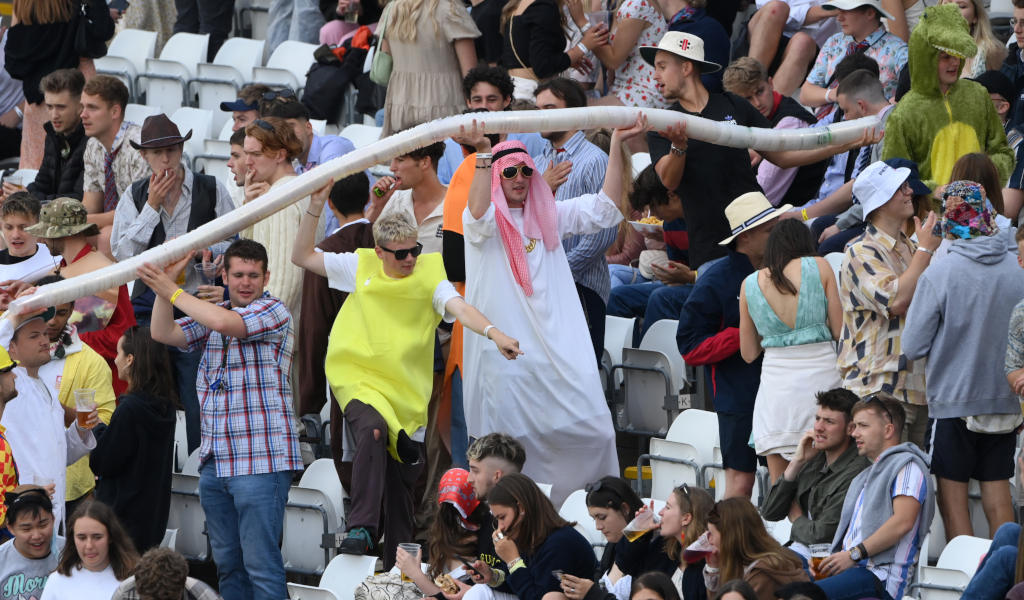 Cricket could consider alcohol-free zones or the sale of lower-strength drinks to make stadiums welcoming to as many different cultures as possible, England and Wales Cricket Board chief executive Tom Harrison has said.

The ECB released details of the game-wide action plan to tackle racism and discrimination in the sport on Friday.

It included a commitment to deliver plans to ensure professional cricket venues are welcoming to all.

It said this should include “provision of accessible seating, food and beverage offering catering to all faiths and cultures, and the availability of facilities such as multi-faith rooms and alcohol-free zones”.

Cricket’s relationship with alcohol formed part of Azeem Rafiq’s harrowing testimony to MPs earlier this month. He says he was pressured into drinking despite it being against his religious beliefs, and even had red wine poured down his throat at the age of 15.

“We have to look at the culture of our sport,” Harrison said.

“We talk (in the plan) about welcoming environments for spectators and creating that family atmosphere in grounds that is so important to providing that inclusive environment for all manner of cultures and the multicultural nation that we now are.

“I don’t think anything is off the table.

“All of those questions have to be asked about whether there are specific areas of grounds that you designate where people can consume alcohol, how we look at alcohol sales within grounds.

“I think there are all manner of things that could happen, whether you’re selling lower-strength alcohol.

“I don’t want to lurch to solutions here as it’s clearly something we have to do as part of our look at culture.”