Dan Lawrence: Legside Larry is an England star in the making 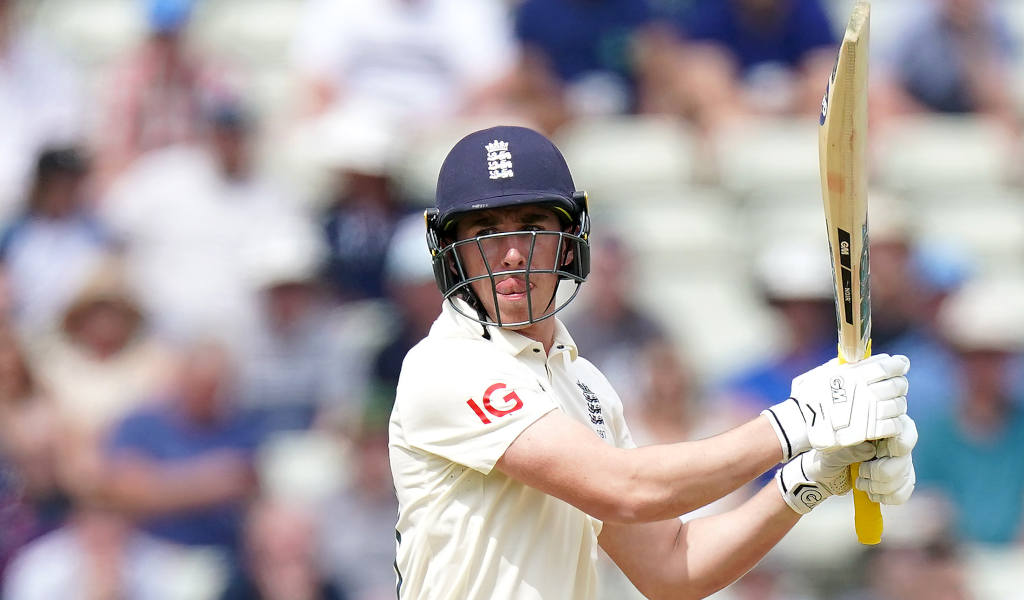 The two Tests so far in the West Indies v England series have reinforced a lot of ideas that we already had: Joe Root is one of the best batters in world cricket (though it’s nice that he’s showing his skills from no.3), Ben Stokes is a true enigma on the cricket field, with bat, ball and any other conceivable facet.

One thing that might not have been evident to a lot of people, though, is Dan Lawrence is a bloody good cricketer, and it might just be time to buy in.

One thing that would have been obvious before this series, especially to county cricket fans, is Lawrence has a very good eye for hitting a cricket ball.

Averages of 38 in first class, 26 in List A and 27 in T20 cricket show that – and Lawrence has finally been able to reinforce that in Test cricket, in what is now his fifth different batting position in an England shirt, no.4, following on from the glimpses of quality he had shown when he entered the fold against Sri Lanka, at no.5, one very promising knock against New Zealand at no.6 and a pair of encouraging innings from no.7 in India.

His bludgeoning innings in the first Test during this series, which saw him make 37 at more than a run a ball, dealing mainly in boundaries, showed a fast-paced nature with the bat.

As did the second innings of the second Test, when the requirement to rush the game along ahead of declaration saw England’s no.4 deposit Alzarri Joseph and Jayden Seales into the stands on course to a 39-ball 41.

His 91 from 150 in the previous innings was a representation of a more measured cricketer, with the ability to rein himself in when required.

While he might have fallen agonisingly short of a maiden Test century, failing to keep himself in check at a crucial time, that three-figure score will surely not be too far away, and England fans will have gotten fully on side following what has felt like a coming of age to this point in the series, and will be rooting him on for it.

The Essex man has bowled north of 1000 deliveries in first-class cricket, for just 17 wickets, with an action that he “Knows looks ugly, but feels normal”, a gentle reminder to cricketers across the land that it doesn’t really matter how it looks, as long as it gets down to the other end ok.

And boy, has it gotten to the other end ok when England have needed it. Lawrence’s second Test wicket saw him dismiss West Indies’ set batter Nkrumah Bonner on 123, admittedly with a bit of a rank delivery down the leg side, that the Jamaican managed to tickle into the hands of Ben Foakes. But Lawrence managed to extract a degree of turn that, to the naked eye, looked to move more than the majority of Jack Leach’s deliveries, on what was a fairly benign surface.

His second wicket of the series again saw him dismiss a century getter, this time in the form of Jermaine Blackwood, who misjudged a delivery that would’ve ended up crashing into middle stump.

Those wickets may just lead Root to hand over the responsibilities as England’s golden arm – a role the skipper has fulfilled himself previously – to Lawrence, and having more options to buy a cheap wicket when needed cannot be a bad thing for the side whatsoever.

Dan Lawrence can’t stay out of the action

Moreover, Lawrence’s knack for getting involved out of nowhere, given he took a pair of blinding catches in the second Test, particularly in the final innings when his superb diving effort helped to dismiss Jason Holder in
search of victory, is another useful asset to have in the team.

Personality is a big thing for a Test cricketer – the requirement to stand in a field for a number of days when there might not be anything resembling a chance coming your side’s way seems a difficult task, so having somebody like Lawrence, who seldom seems to stop smiling, would be a good asset to keep around.

Back in 2021 he told Wisden “I live a simple life. Hit balls, have a few beers and play a bit of sport.”

Clearly, he does not take himself all too seriously, and understands the balance between being a professional and having a laugh, and his relaxed approach makes him seem like the kind of bloke you’d like to share the field with.

In a side that could do with an injection of confidence, particularly after a poor Ashes-series drubbing, that can’t be a bad thing; that characteristic, along with his obvious natural talent, is something that could afford him opportunities in Test cricket for a lengthy period.

Might it be too early to fully pass judgement, given Lawrence is just two Tests into a recall to the side, following an Ashes tour which, despite capitulation, saw him left on the sidelines? Perhaps.

But, that omission from the side could have helped him to assess what he needs to do to secure a place in the team going forwards.

Moreover, Lawrence’s berth at no.4 has led to his second-highest batting average of any position he has fulfilled in his Test career so far, and if he can carry that on, along with the other facets of his game, everything points to a cricketer who could make it on the biggest stage.