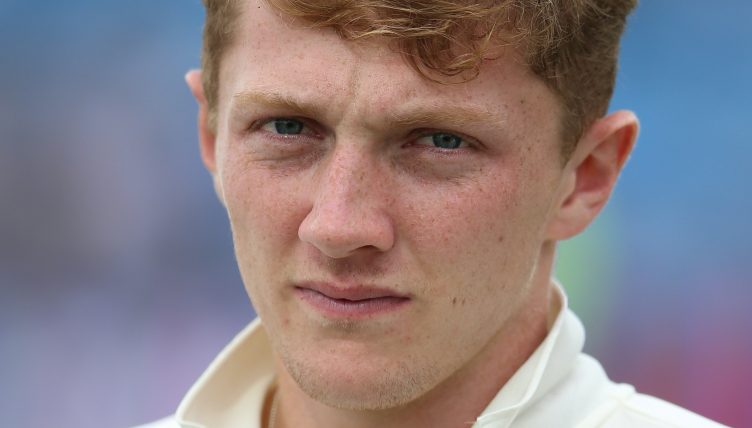 Dom Bess is fully focused on locking down the title of England’s number one spinner but admits he first had to shake off some lockdown nerves.

With Moeen Ali on hiatus from Test cricket over the winter and Jack Leach struggling with illness, Bess was handed an unexpected opportunity in South Africa.

He helped a winning cause on his return to international cricket in the New Year Test at Cape Town and then claimed his maiden five-wicket haul in another victory in Port Elizabeth.

And while that makes him the man in possession, Moeen’s return to the five-day fold, Leach’s return to health and the presence of Matt Parkinson and Amar Virdi means no shortage of competition ahead of next week’s first #raisethebat Test against the West Indies.

Neither Leach nor Moeen were at their best on day one of England’s intra-squad match at the Ageas Bowl, both wicketless in combined figures of 22 overs for 89 as Jos Buttler’s side made 287 for five declared.

Bess enjoyed greater success bowling as Ben Stokes’ team were dismissed for 233 on Thursday, wheeling his way through 20 overs and dismissing Keaton Jennings to claim one for 60, and he makes no bones about his desire to stay ahead of the pack.

“The big thing I want to do is push that spot and make it my own, In my head, I want to start,” said the 22-year-old.

“That’s normal, when you’re in our position you want to be making the XI. It would be a good achievement and it brings a lot of responsibility to make sure I’m still bowling the best I can.

“There is amazing competition here and that’s good. There’s no spitefulness, nothing like that, we help each other, we’re looking to improve each other. It’s a really big challenge for me, making sure when I come into this arena, into these practice games, that I focus on what I can do.

“I think I’ve done that really well so far and I just want to put myself in the best possible position so that when that selection does come I’ve given it my all.”

While Bess’ action looked in good order on his return to competitive after more than three months, he admitted the coronavirus shutdown had left him fretting about how he would feel when he got back to the middle.

“After so much time off I was a bit nervous coming back into it,” he said.

“It’s been nice to feel the ball coming out nicely in my hand. In the month I had at Somerset I was pushing my coach, Jason Kerr, to keep bowling more. I had to be told a couple of times to stop and just build my way back. I wanted to get that feel back, that rhythm, the little things.”

Sometimes, though, the efforts of the man standing 22 yards away can render all of those little things irrelevant.

While generally tight, Bess was on the receiving end of one incredible shot from Stokes that left him open-mouthed.

“It was a really good challenge bowling at Stokesy. I thought I genuinely did him with one and he somehow hit me on the up over extra-cover for six,” he said with a smile.

“I was just thinking ‘this is why he’s one of the best in the world. He’s absolutely nowhere near it and he still middles it for six’. It was a good test for me and I think I bounced back strong.”