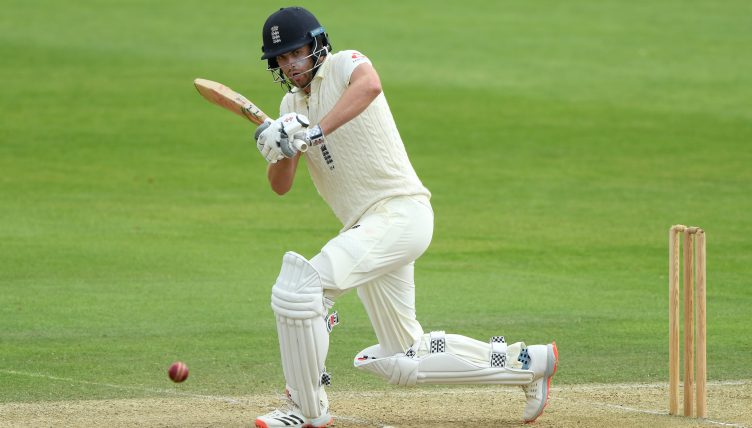 England batsman Dom Sibley has revealed he lost almost two stone during lockdown after feeling “self-conscious” about his weight during the recent tour of Sri Lanka.

Sibley made a strong impression during his first winter as an international cricketer, averaging just over 40 from his first six appearances and making a hugely impressive maiden century during the New Year Test in Cape Town.

But his bulky frame also caused several of his team-mates adopt the nickname “Fridge” and the 24-year-old admitted that the sweltering heat and humidity of the trip to Colombo had forced him to question his conditioning.

With the likes of Ben Stokes and Jos Buttler setting the standards with some tireless training schedules, Sibley set himself the challenge of shaping up while sport was on hiatus.

“In Sri Lanka, for the first time in my career, I felt a little bit self-conscious about my physique and my weight,” said the opener, who will line up at the Ageas Bowl on Wednesday as England and the West Indies begin the #raisethebat Test series.

“In that heat I saw a few of the lads running after a big session and that was an eye-opener for me. It was just seeing how fit some of the senior guys are and how impressive they are in training.

“I remember sitting on the plane thinking I need to do something, especially during lockdown when we couldn’t improve anything cricket-related.

“It was an opportunity for me to improve that side of my game and I’m glad to have been able to stick to it. Because of social distancing we haven’t been able to do stuff like skin folds but on the scales I’ve lost 12kg (1.8 stone).”

All England players were given a personalised plan for exercise and eating during their long spell at home but Sibley took it on himself to go over and above the guidelines he was handed.

“I think we all like a little treat after a few runs but it’s great to be a bit more disciplined. It’s been tough, but it’s good to feel the benefits now.”

Sibley admitted the change in approach was one he might have taken earlier, suggesting he had occasionally prioritised technical work at the expense of other important work.

“I’ve always been someone who hasn’t necessarily been the fittest in the squad and I’ve always, whether at Surrey or Warkwickshire, been coasting in that aspect,” he said.

“I’ve had taps on the shoulder before and haven’t really done anything about it. I think it was overdue having that wake up call and a good lesson for me, regardless of whether it leads to runs.”

Some cricketers and golfers have been known to feel different about their game after considerable weight loss, but Sibley has yet notice any major changes with bat in hand.

“People have said I look different, which is nice, but in terms of batting I don’t feel any different,” he said.

“It’s a case of doing what I’ve always tried to do – just try to bat long periods and hopefully being a bit fitter will help me do that.”

Sibley is one of 13 England players preparing for the long-awaited return of international cricket, with another nine on site in the Southampton ‘bubble’ as reserves.

Discussions had taken place over the possibility of some artificial crowd noise after players noted the eerie silence in last week’s intra-squad warm-up, but there will only be a limited move in that direction.

While television viewers will be able to hear an ambient ‘Lord’s hum’, the two sides will only hear the input of a public address system and some music played as the players take the field.

“It’s going to be a bit different, not having people there but they’ll be tuning in, like we’ve all been doing with the football,” he said.

“The Barmy Army has helped with that in the games I’ve played for England but we’re very motivated after a long break to put in a big performance. It’s exciting to get something back on that people love, and hopefully we can provide some entertainment and win some games.”