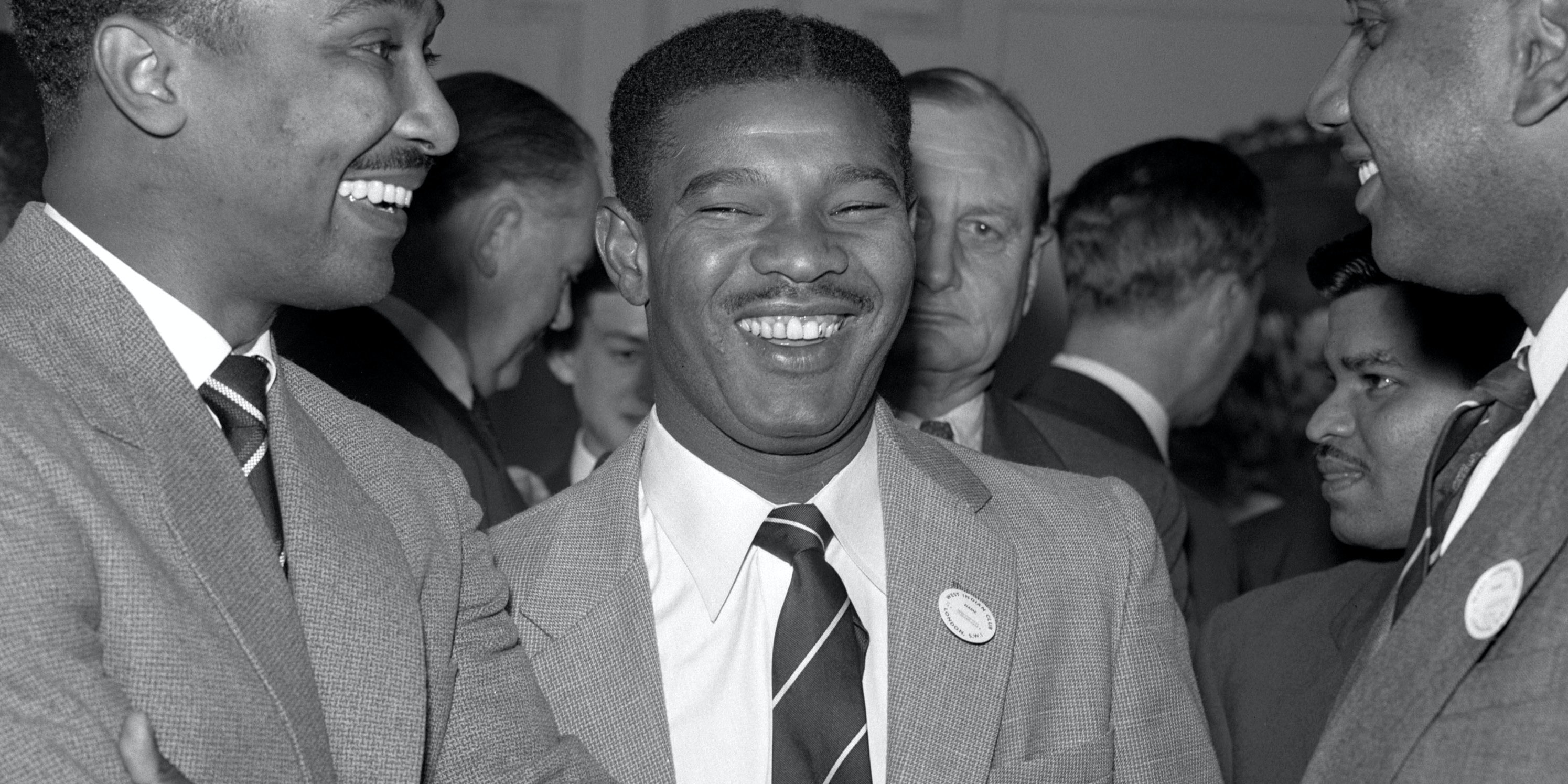 England and the West Indies paid tribute to the great Sir Everton Weekes during their respective intra-squad matches on Thursday.

The Bajan, celebrated as one of the finest batsmen the Caribbean has ever produced and one of the famous ‘three Ws’ alongside Sir Clyde Walcott and Sir Frank Worrell, died on Wednesday aged 95.

Black armbands were worn by both West Indies and England players in their internal squad matches at Emirates Old Trafford and the Ageas Bowl respectively ahead of next week’s first Test match between the sides.

The West Indies players also held a minute’s silence in their huddle prior to warm-ups on the final day of their game.

Furthermore, the flags at the Manchester ground were flown at half-mast to mark the passing of Weekes, the only man in Test history to record five consecutive tons which he did in his first year of international cricket.

That streak came in 1948, with an innings of 141 against Sir Gubby Allen’s England followed by knocks of 128, 194, 162 and 101 against India, the last two in the same Test. He could have extended that run to six had he not been run out somewhat controversially for 90 in Madras.

West Indies great Sir Viv Richards saluted Weekes as the cricket world acknowledged the contribution of a major figure in the game.

Richards said on his Twitter account: “Can’t believe the legendary Sir Everton Weekes is no more. Thoughts and prayers go out to his family and friends.

“One of the greatest cricketers from the country. A true icon. Rest In Peace, legend.”

Former India captain Sachin Tendulkar added: “Sir Everton Weekes is no more. Had heard many stories about his batting along with the other legendary 2Ws. You will be missed, Sir. Rest In Peace.”

India’s current head coach Ravi Shastri said: “Saddened by passing away of Sir Everton Weekes, who was the last of the famous ‘Three Ws’. A true humble great of the game.

“My thoughts and prayers are with Sir Weekes’ family and fans in this hour of grief. RIP Sir.”