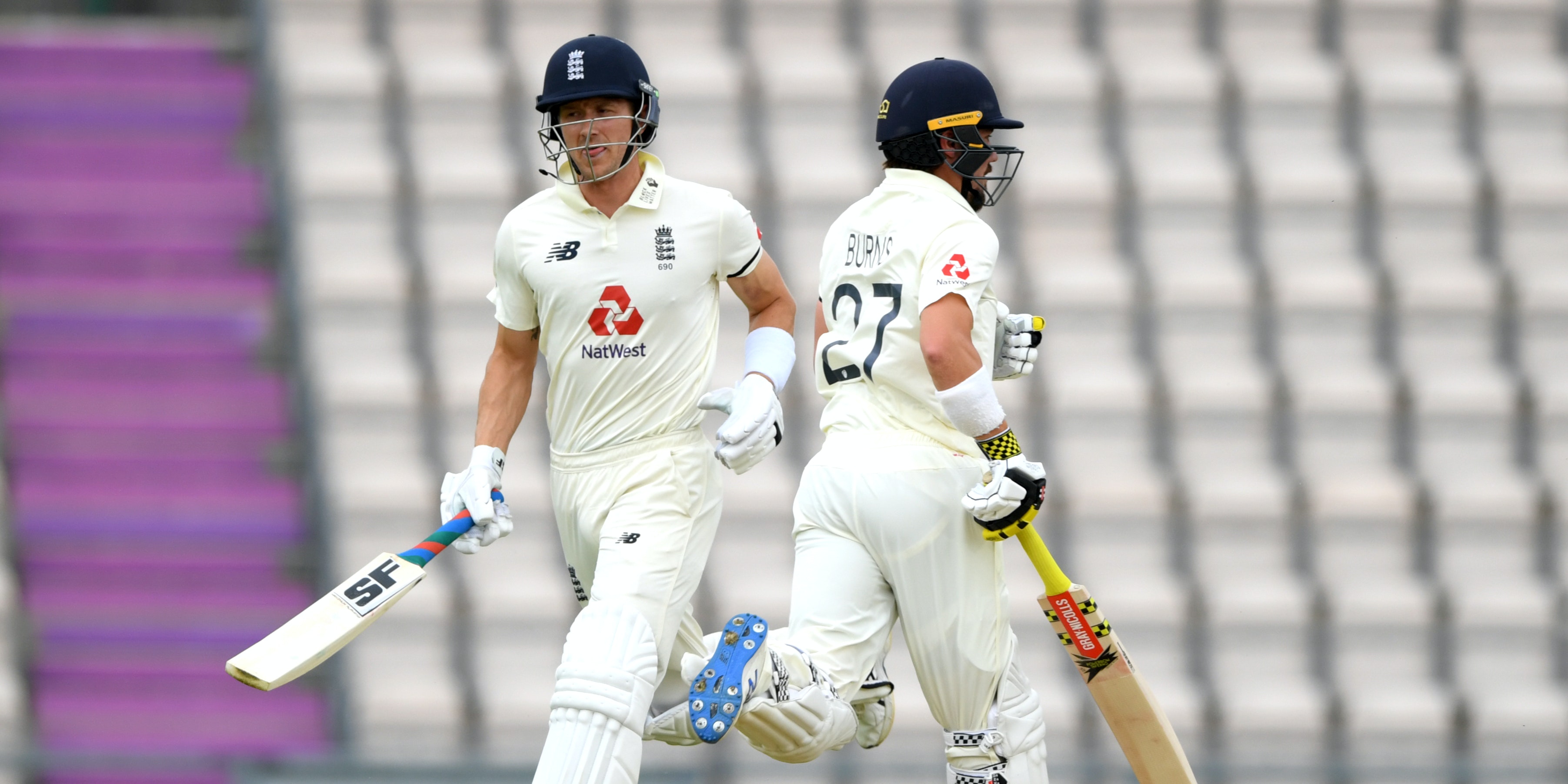 Kent team-mates Joe Denly and Zak Crawley will find themselves in the spotlight on day two of England’s first #raisethebat Test against the West Indies.

Denly was 14 not out overnight after rain restricted international cricket’s big return to just 17.4 overs on Wednesday, with Rory Burns unbeaten on 20 in a stumps score of 35 for one.

Crawley is next man in at number four and, with regular England skipper Joe Root set to return at Emirates Old Trafford next week following the birth of his second child, Isabella, it is likely that only one of the county colleagues will retain their place.

At 22, Crawley is the younger man by 12 years but grew in stature considerably over the course of the winter, while Denly could cement his role at number three should he finally register a maiden century in his 15th Test appearance.

A fired up West Indies attack led by Shannon Gabriel and Kemar Roach stand in their way and England’s assistant coach Graham Thorpe admitted there was a battle brewing one shirt.

Speaking after the early conclusion to the opening day, he said: “I wouldn’t say it’s a straight shootout but guys will know that Joe Root is going to return to the team.

“In many ways that’s what gives the selectors, the captain and the management a good headache.”

Opener Dom Sibley is not under any pressure for his place at present but endured a forgettable first day back at the office, bowled for a four-ball duck after shouldering arms to Gabriel.

“That’s unfortunate for Dom. He’s waited a long time, but he’s a tough cookie and he’ll be OK,” said Thorpe.

The match is likely to be best remembered in future for the symbolic act that took place before the start, when both squads – as well as non-playing staff and umpires – came together to take a knee in support of Black Lives Matter.

It was a striking act of solidarity, amplified by the West Indians’ decision to wear single black gloves on raised right fists.

England’s vice-captain Jos Buttler told BBC Two: “I thought it was very powerful and a very powerful message that needs to be taken forward. I’m glad we were able to be a part of that.”

The tourists’ assistant coach Roddy Estwick later said the decision to invoke the protest made by American sprinters Tommie Smith and John Carlos at the 1968 Olympics was not an overt attempt to up the political stakes.

“I didn’t know that about the black power salute, we just felt we wanted to do something slightly different,” he said.

“We felt if we wanted to make a bigger statement we should wear the black glove and it worked because people are talking about it. For us it’s all about equality. It’s all about honesty, it’s all about treating everybody equally. We were happy as a group to do it and I thought it was really wonderful to see England supporting us as well.”