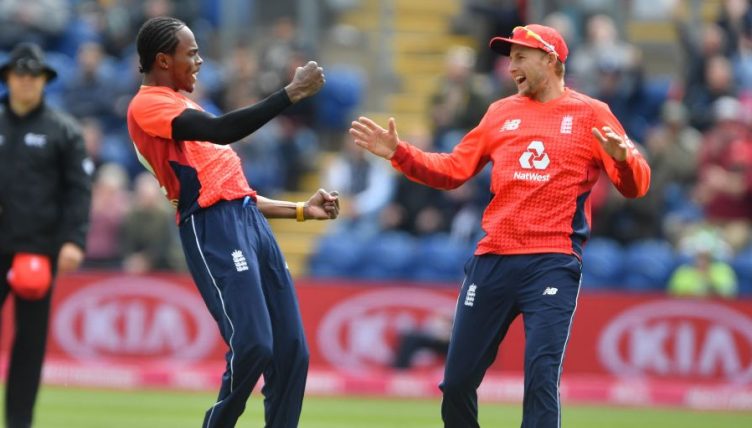 Eoin Morgan believes Jofra Archer showed “what he’s about” in England’s T20 victory over Pakistan but he has vowed to handle the bowler carefully.

It remains to be see whether Archer can force his way into England’s final 15-man squad for the World Cup on home soil and there were a few dissenting voices prior to the initial squad being announced.

David Willey, Chris Woakes and Mark Wood all spoke about the possibility that Archer’s selection could cause a rift in the squad.

Archer recorded figures of 2-29, dismissing Babar Azam and Haris Sohail for 65 and 50 respectively, the two biggest mainstays of the Pakistan innings, as England went on to win by seven wickets.

England have a five-match ODI series coming up against Pakistan and Archer could now play a major part as he pushes for inclusion in the World Cup squad.

Morgan said: “It’s been a while, before the Ireland game, that he (Archer) has played 50-over cricket and we’re conscious of not over-bowling him.

“Jofra came on from the game in Ireland, he showed a lot more what he’s about.

“It’s another debut and they don’t always go well. The majority of the time they don’t.

“Him and the other bowlers will have the opportunity to show what they can do (in the ODI series against Pakistan).”