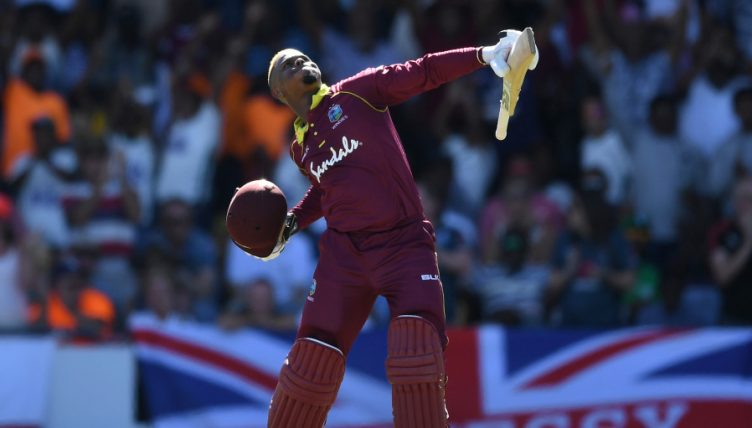 Shimron Hetmyer scored an unbeaten 104 before Sheldon Cottrell ripped England apart at the start and end of their failed pursuit of 290 as West Indies levelled the one-day international series at 1-1 in Barbados.

Hetmyer’s fourth ODI century, smacked off just 82 balls on a pitch where run-scoring proved tougher than game one, propelled the Windies to 289/8, with Chris Gayle contributing 50 from 63 balls.

Cottrell then put England firmly on the back foot, dismissing Jonny Bairstow for a golden duck and Wednesday’s centurion Jason Roy for two within his first seven balls.

England were 60/3 when Joe Root fell for a fluent 36, edging Oshane Thomas to keeper Shai Hope, but Eoin Morgan and Ben Stokes appeared to have the tourists well on track for victory with a partnership of 99 before Morgan was dismissed for 70 to hand Cottrell his third wicket.

Jos Buttler joined Stokes and the target was down to 62 from 61 when Jason Holder bagged the crucial wicket of Stokes caught behind for 79.

Holder then removed Buttler and Tom Curran – the victim of a dreadful lbw decision – in his next over and England were suddenly up against it.

Cottrell returned to dismiss Adil Rashid and Moeen Ali in his ninth over before Liam Plunkett holed out to Holder off Carlos Brathwaite as England lost their last six wickets for 35 to go down by 26 runs.