Home Countries England England: Joe Root could have been ‘a bit braver’ with declaration

England: Joe Root could have been ‘a bit braver’ with declaration 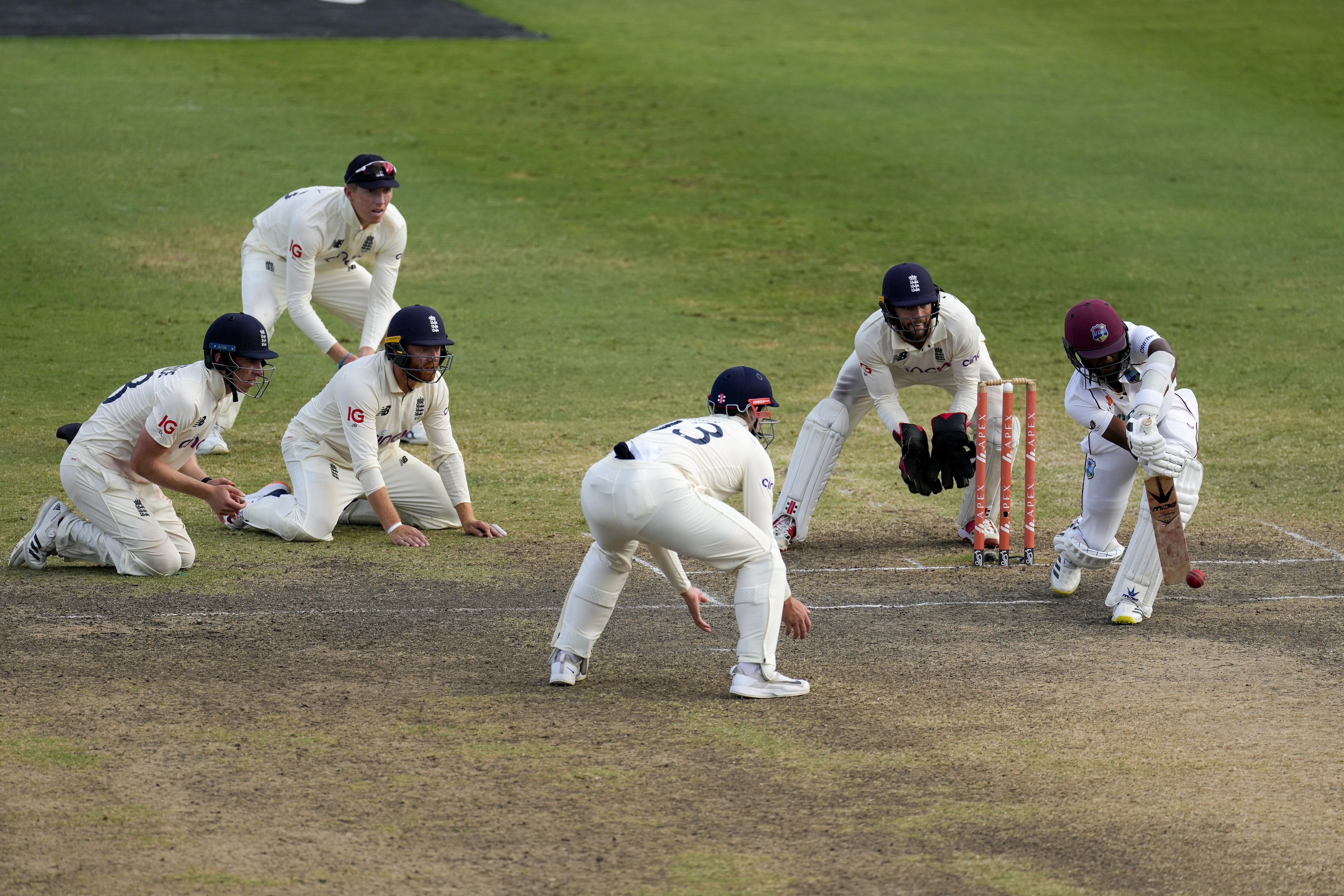 England captain Joe Root accepted he could have risked a bolder declaration after a second consecutive drawn Test with the West Indies but felt Kraigg Brathwaite’s iron will proved the decisive factor.

Root’s side have made the running in both matches so far but fell six wickets short of victory on the final day in Antigua and five shy at the Kensington Oval this week.

On each occasion, it has been up to Root to set up the final equation, but there has been a reluctance to engage from a home side who appear happy to share the spoils and protect their proud record on home soil.

In Barbados, Root pulled out with a lead of 281 with 65 overs remaining and watched as Brathwaite led his side to safety at 135 for five.

Root was happy with his side’s attempts to push their case on a flat deck, but ultimately his opposite number would not cede ground.

Brathwaite batted for just under 12 hours in the first innings and more than four in the second, saving the game with scores of 160 and 56 not out.

“It’s frustrating not to get the win, but the way we played was a brilliant effort on a very placid surface,” said England captain Joe Root.

“I thought they might have a little go (at chasing), but it wasn’t the case. Maybe we could have pulled out 10 overs earlier, but defending 240 in 70 overs might be a big ask for any side on that wicket.

“We didn’t try to go for a miracle win in 30 overs, making sure we had 340 on the board, but I suppose the more confident you get the braver you might get with those decisions.

“The most important thing is to keep finding ways of giving ourselves a chance to win Tests because we are finding positions where we’re on top and commanding the game.”

For Brathwaite, the game will stand as testament to his single-minded adherence to keeping his team afloat in circumstances where they might easily have folded.

Kraigg Brathwaite gets under the skin

He faced 673 balls in total, relentlessly rebuffing all attempts to unsettle him.

“It was annoying how good he was,” concluded Root.

“He played brilliantly in both innings and ground us down. He takes it deep time and time again, he had a clear game plan and stuck to it very well.”

The Barbadian was a satisfied man at the close but eager for some rest and recuperation after spending almost the entire five days on the pitch.

“I’m a little tired and looking forward to getting some rest,” he said.

“I had my plan. They bowed well, but I stuck with my plan and it paid off. It’s about discipline, knowing my strengths and sticking to them for as long as possible. I managed to do it very long in this game.”