England could opt for Leach over Rashid – Hussain 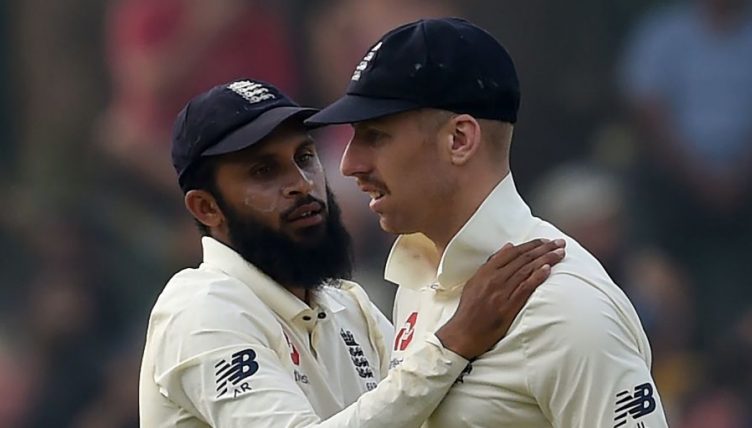 Nasser Hussain thinks England may bring in Jack Leach for Adil Rashid for the second Test match against the West Indies.

England were hammered inside four days in the first Test with Jason Holder and Shane Dowich starring with the bat as the put on a second innings stand of 295.

Leg-spinner Rashid was used sparingly by captain Joe Root in the first Test as England experienced a 381-run humbling by the West Indies.

And Hussain thinks left-armer Leach could be a better option for Root in the second Test, which starts on Thursday.

“There is a question about Rashid,” Hussain told Sky Sports News.

“Root only bowled him for seven overs on day three and then Windies’ part-time spinner [Roston Chase] gets 8-60 on day four. Leach is more at you all the time, so they might go for him over Rashid.”

Keaton Jennings is the player under most pressure, though, with knocks of 17 and 14 dragging his Test average down to 25.86.

It is just four Tests since he scored a fine, unbeaten 146 in Galle, but the Lancashire batsman’s only successes have come in Asia and pace bowling remains an issue.

“Jennings at the top of the order is also vulnerable – his playing of seam has been poor, so do they keep him in the side?” Hussain added.

“Denly has not had a lot of cricket recently because of the way schedules are with no games in between, and he has been batting in the middle order for Kent in [County Championship] Division Two.

“My gut feel is that the person England really want to come in to play in the Ashes is Jason Roy – but you can’t just fly Roy out here.

“This is the quandary they have. They might stick with Jennings and then hope that Roy has early season form – but Roy bats in the middle order for Surrey as well. So there are problems.

“England have been very good recently, winning eight out of nine Tests [before the Barbados Test] so it’s not a time for absolute panic and doom and gloom – but they have some flaws.”