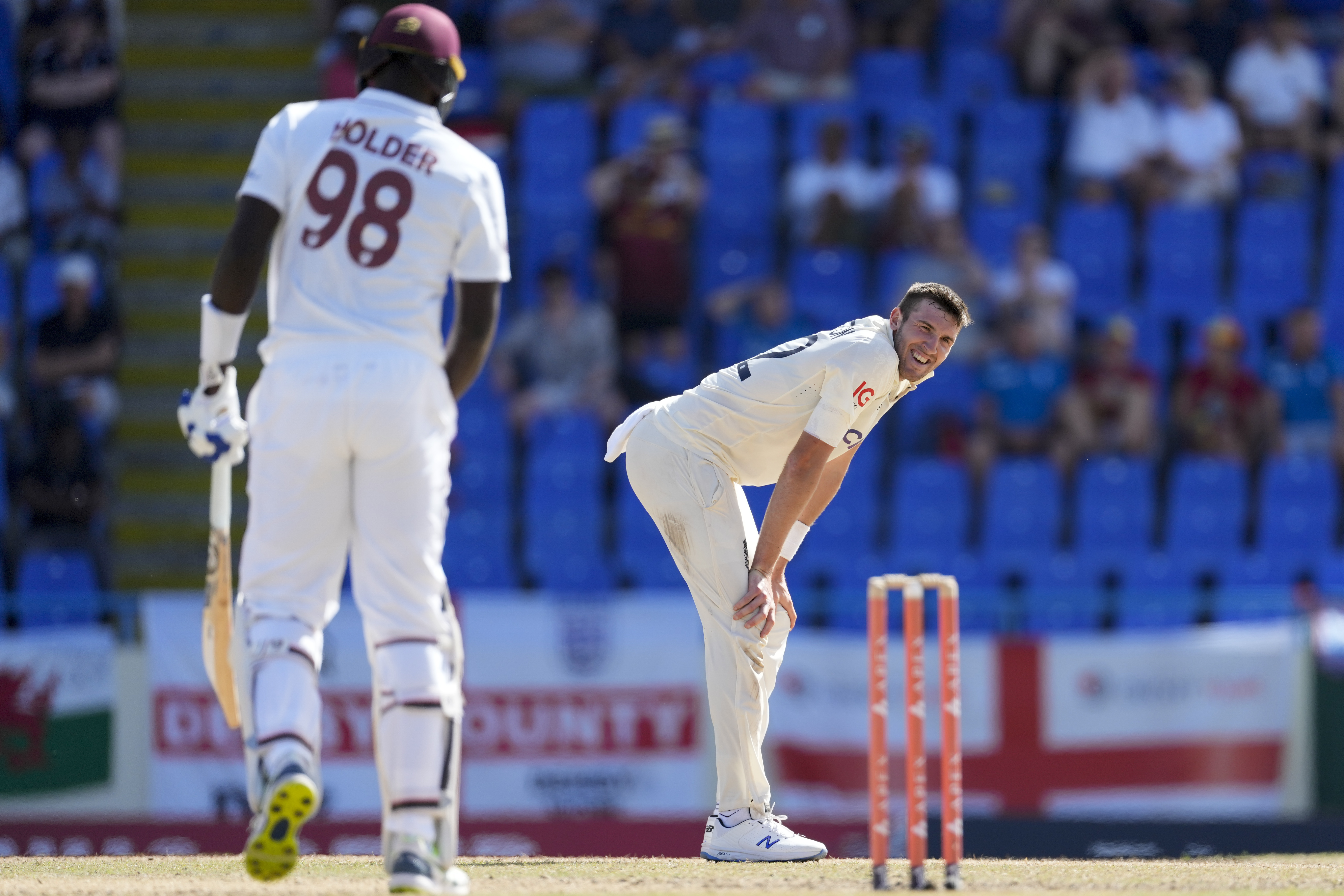 England are hoping to stage a fightback with the bat on the fourth day of their first Test against the West Indies, after an injury scare for Mark Wood left them chasing the game in Antigua.

Wood was only fit enough to play a bit-part in Thursday’s action after it emerged he was battling pain in his right elbow. He was limited to just five overs before admitting defeat and did not take the field in either of the last two sessions.

In his absence Nkrumah Bonner dropped anchor to make 123, a mammoth knock lasting over nine hours. He was out just before the close but left his side with a handy advantage as they resume 62 ahead on 373 for nine.

England’s top order, which slumped to 48 for four on day one, will need to clear that deficit with minimal damage sustained to avoid becoming heavy outsiders.

What went wrong with Wood?

England’s interim coach Paul Collingwood described Wood’s problem as a new issue, but it is understood the Durham seamer needed an injection in the joint shortly before departing for the Caribbean.

Now there are questions over how bad the injury is and how long it has been on the radar, particularly given Ollie Robinson has also suffered a recurrence of a back problem dating back to the Ashes and missed this game as a result.

Wood has not yet been ruled out of taking part in the second innings, but risking further damage would be unwise.

England to send out an SOS?

With the second Test in Barbados following hot on the heels of the series opener and uncertainty over two members of their pace attack, England may need to act quickly if they want to draft back-up from back home.

There are already two readymade stand-ins straining at the leash for a chance – Saqib Mahmood and Matt Fisher – but more bodies could be required.

If so the likes of Liam Norwell and Sam Cook, who both went on the recent Lions trip to Australia, and experienced left-armer David Payne could find themselves boarding a plane to Bridgetown over the weekend.

There were two different opinions about the state of the pitch at the Sir Vivian Richards Stadium. The man who spent most time batting on it seemed to think there were a few tell-tale signs of misbehaviour, while England’s coaching staff appeared to think it was likely to stay dead.