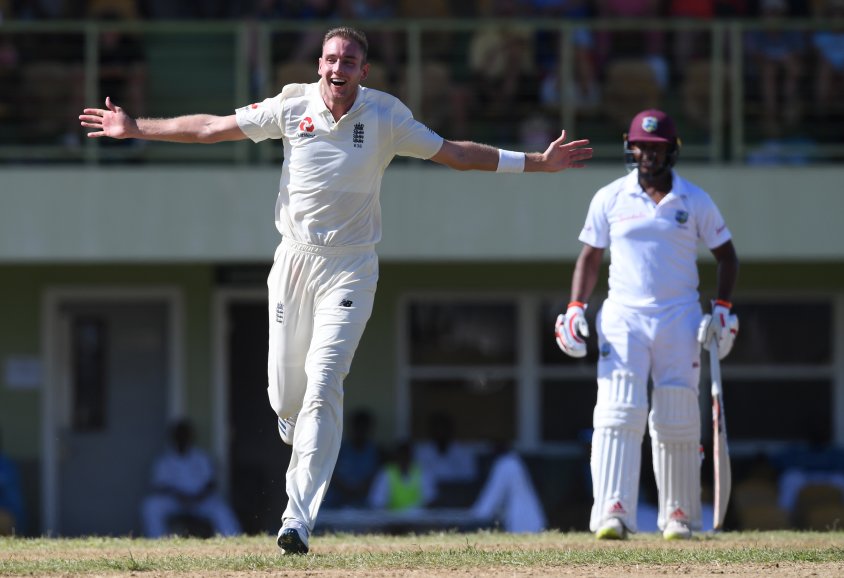 The CWI President’s XI ended the second and final day of their tour match against England on a heroic 203/19 (NINETEEN) as England bowled throughout the day and rarely had to wait long for wickets.

Would a 20th wicket have meant victory or would some poor sod have had to come out for a third time in the day? We… er… don’t know and now sadly never will.

England will at least be pleased that all their fast bowlers got among the wickets on a day when Olly Stone was ruled out of the series with a back injury.

James Anderson and Stuart Broad took four wickets each, Broad claiming a hat-trick with the ninth, 10th and 11th wickets of the ‘innings’. What a day, what a man.

There were two wickets apiece for Sam Curran, Moeen Ali and Chris Woakes. Jack Leach took one, while Joe Root’s three-wicket haul late in the day relied on some generous batting.

While England will in truth have learned little from an increasingly silly day’s cricket, the fact Curran rather than Broad shared the new ball with Anderson in the morning session may be noteworthy.

The same two squads are due to complete another two-day match to close the week and a truer surface, as well as stiffer resistance, would be of use to England if they are to truly tune up for the stiffer challenges that await.