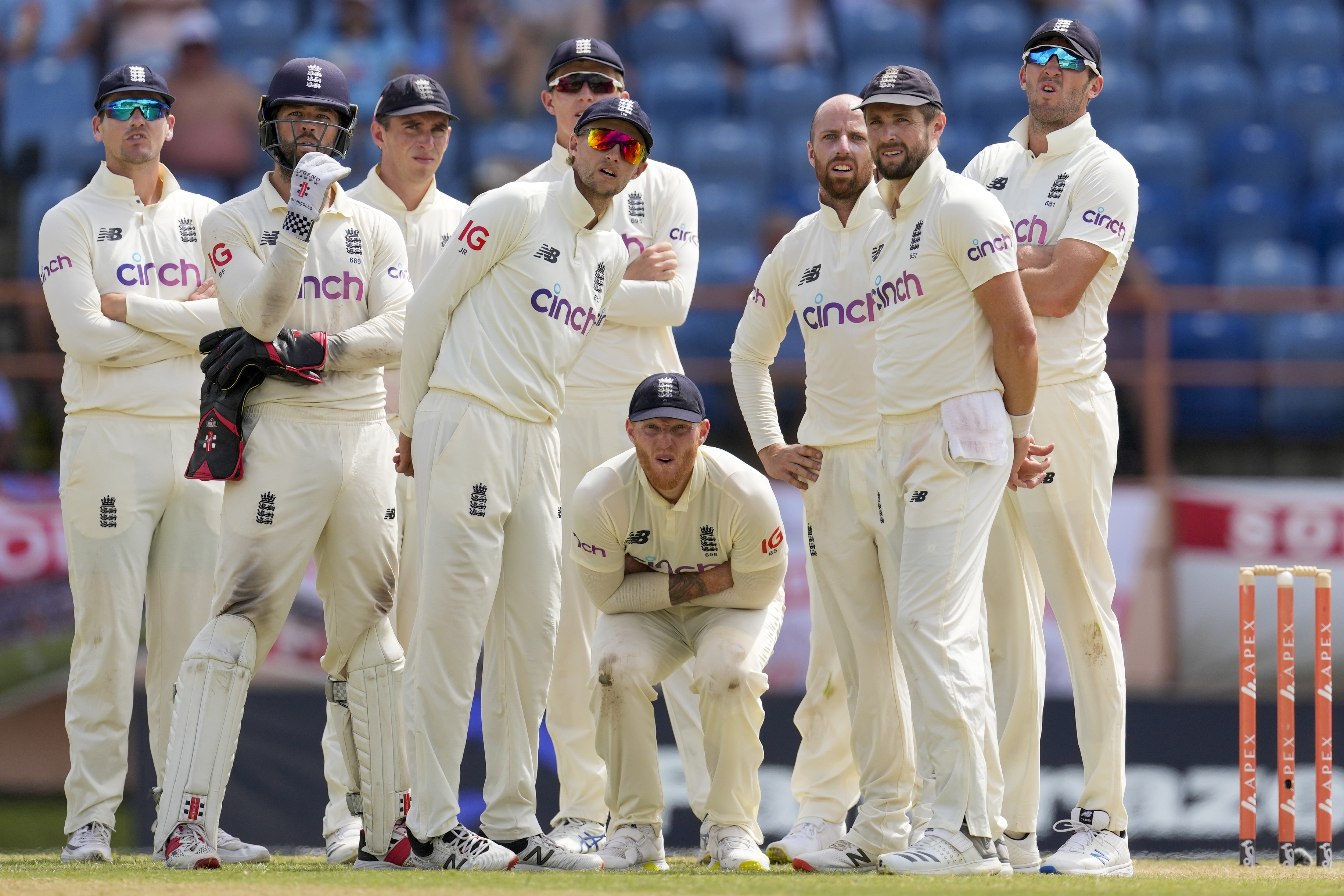 England were handed a taste of their own medicine on day two of their winner-takes-all third Test in Grenada, with the West Indies moving into the lead after a bullish lower-order fightback.

Having seen Jack Leach and Saqib Mahmood redeem their own batting collapse with a last-ditch stand worth 90 on the first evening, the tourists had no response for a similar show of resistance led by Josh Da Silva.

The Trinidadian wicketkeeper came to the crease on 95 for six, with a briefly revitalised Chris Woakes having conjured a three-wicket burst just after lunch, but showed real fortitude to lead his side to 232 for eight.

Over the course of his battling 54 not out Da Silva was there to see his side past three figures, beyond 200 and into an eventual lead of 28, all before posting the first half-century of a low-scoring match. With stands of 49 with Alzarri Joseph and an unbroken 55 with Kemar Roach, he may yet have played a decisive hand.

West Indies vs England series hangs in the balance

Neither side has been able to hammer home a definitive advantage in this battle for the Richards-Botham Trophy, with both showcasing their frailties and fortitude at different times, but the hosts have their noses in front.

For England it dulled the sheen of optimism that had emerged when wickets were tumbling through the middle of the day. The game is not gone yet, with the fourth innings likely to be the trickiest yet, but on this evidence the current line-up does not have the inspiration or imagination to put the series to bed after three Tests in as many weeks.

The day began with a big examination of Woakes and Craig Overton. With brand new Dukes in hand and a less lifeless pitch than the ones which came before, they had the chance to lay down a marker for England.

Instead they shared a humdrum stint, either failing to make Kraigg Brathwaite or John Campbell play or allowing them to do so all too comfortably. The pair batted serenely for an hour, putting on 50 in a care-free 99 balls, before Stokes finally landed a blow.

Wincing in discomfort as he pieced together a searching four-over burst with a heavily-strapped knee, he got his final ball to shoot through low and trap Brathwaite lbw for 17. Having spent more than 16 hours watching the Bajan bat last week, England were merely glad to see the back of the skipper.

Mahmood took over from Stokes and was soon profiting from the same low bounce, scuttling one through at shin height to leave Shamarh Brooks plumb. At the River End, things were heading in another direction entirely as Overton rattled Campbell’s helmet with a bouncer that had him flailing, then repeated the trick with another dose of short stuff.

The Somerset seamer was not bowling at lightning pace, hovering in the low 80mph region, but his height was unsettling Campbell and it was no surprise to see him glove one through to the wicketkeeper just before the break for 35.

Things were roughly even at 71 for three, but Woakes turned the screw for England early in the afternoon. With two wickets in the first two Tests it was starting to seem like he no longer had it in him to change, but a double-wicket maiden soon had him smiling again.

A cross-seam delivery driven into the pitch left Nkrumah Bonner in a tangle, taking evasive action while leaving his bat and gloves in the danger area to give Foakes a comfortable catch. Three balls later he picked up Jason Holder for his third careless dismissal in a row.

Suckered into a pull despite having men on the ropes, he top-edged to the waiting Jonny Bairstow. The skittish Jermaine Blackwood was close behind, Woakes winning a tight lbw to leave the Windies 95 for six.

Kyle Mayers eased some of those concerns with a characterful knock from number seven, but just as he looked ready to turn his breezy 33 into something more substantial he chipped a grateful Stokes to mid-on.

England once again had a chance to squash the resistance but were unable to summon one last effort. Da Silva came out with a mission to wear them down, blocking where possible and rotating the strike carefully.

Joseph played a few more shots for 28 and eventually paid the price when he backed away to leg a nicked off from a horrible position, but Roach was ready to step in. Da Silva started expressing himself more as England looked ever more stiff, both in the field and at the top of their bowling marks.

Runs came in a hurry in the closing stages, with Da Silva well worth his fifty after 143 balls at the crease.