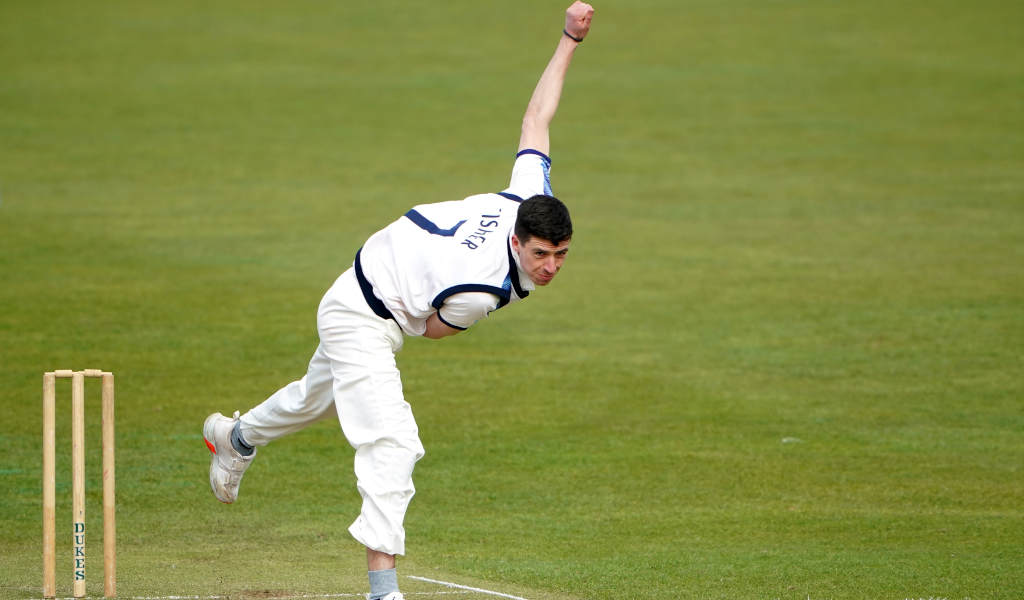 Yorkshire’s Matthew Fisher was handed a surprise Test debut on the morning of the second Test against the West Indies, with Craig Overton a late withdrawal.

England named their XI on the eve of the match, with Saqib Mahmood included for the first time, but they were forced into a late change of plan when Overton began to feel unwell overnight.

That means two uncapped players in an attack led by Chris Woakes.

England had already opted not to risk Ollie Robinson, who has been recovering well from the back spasms which ruled him out of the drawn first Test in Antigua and stuck with that decision to give Fisher his chance.

“Looks a good wicket, like to make first use of it,” Root said at the toss.

“Saw in the first game if there’s any moisture it can move around a bit. Hopefully we can start a bit stronger.”

Root’s opposite number Kraigg Brathwaite admitted he would have been looking to bat, too, but hopes for some early nip in the pitch.

“We’ve got to utilise that first hour,” he said.

There are no changes for West Indies, Veerasammy Permaul keeping his place and with Nkrumah Bonner flying the flag for the home batters.

“Bonner really led by example, and it’s for us to follow,” Brathwaite added.

England won the toss and opted to bat first.