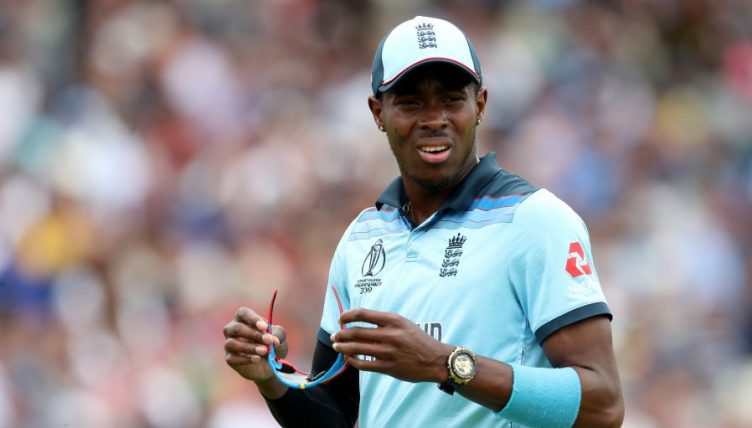 England have handed a maiden Test call-up to Jofra Archer for the first Ashes Test and kept faith with struggling opener Rory Burns.

Burns endured a horror Test against Ireland, failing in both innings, but will once again open the batting with Jason Roy (rather than Jack Leach…) in the first Ashes Test at Edgbaston.

World Cup star Archer, who missed the Ireland game with a minor side strain, is in the squad alongside James Anderson who also missed out against Ireland as a precaution.

Jos Buttler and Ben Stokes return to a 14-man squad after being rested against Ireland, with Stokes reinstated as vice-captain. Leach, man of the match for his 92 against Ireland as nightwatchman, is not in the squad and nor is Somerset team-mate Lewis Gregory.

Moeen Ali is retained as the sole spinner, while Sam Curran and Olly Stone keep their places in the squad after impressing against Ireland.

England national selector Ed Smith conceded that at 14-man squad was unusually large, but said injuries and workload issues meant it was necessary.

He said: “Though it is unusual to select a squad of 14 for a home Test, there are compelling reasons to do so here. Several bowlers are recovering from injuries or niggles. In addition, some bowlers who played in the World Cup are being closely monitored to assess their preparation for Test match cricket.

“The wider circumstances – a successful home World Cup campaign followed so quickly by a home Ashes series – are unprecedented. It feels sensible to select an expanded squad and leave a number of bowling options open for the final team selection.”

Australia named a 17-man squad for the series on Friday after their intra-squad clash in Southampton. We still want to know who was picked last for that game.