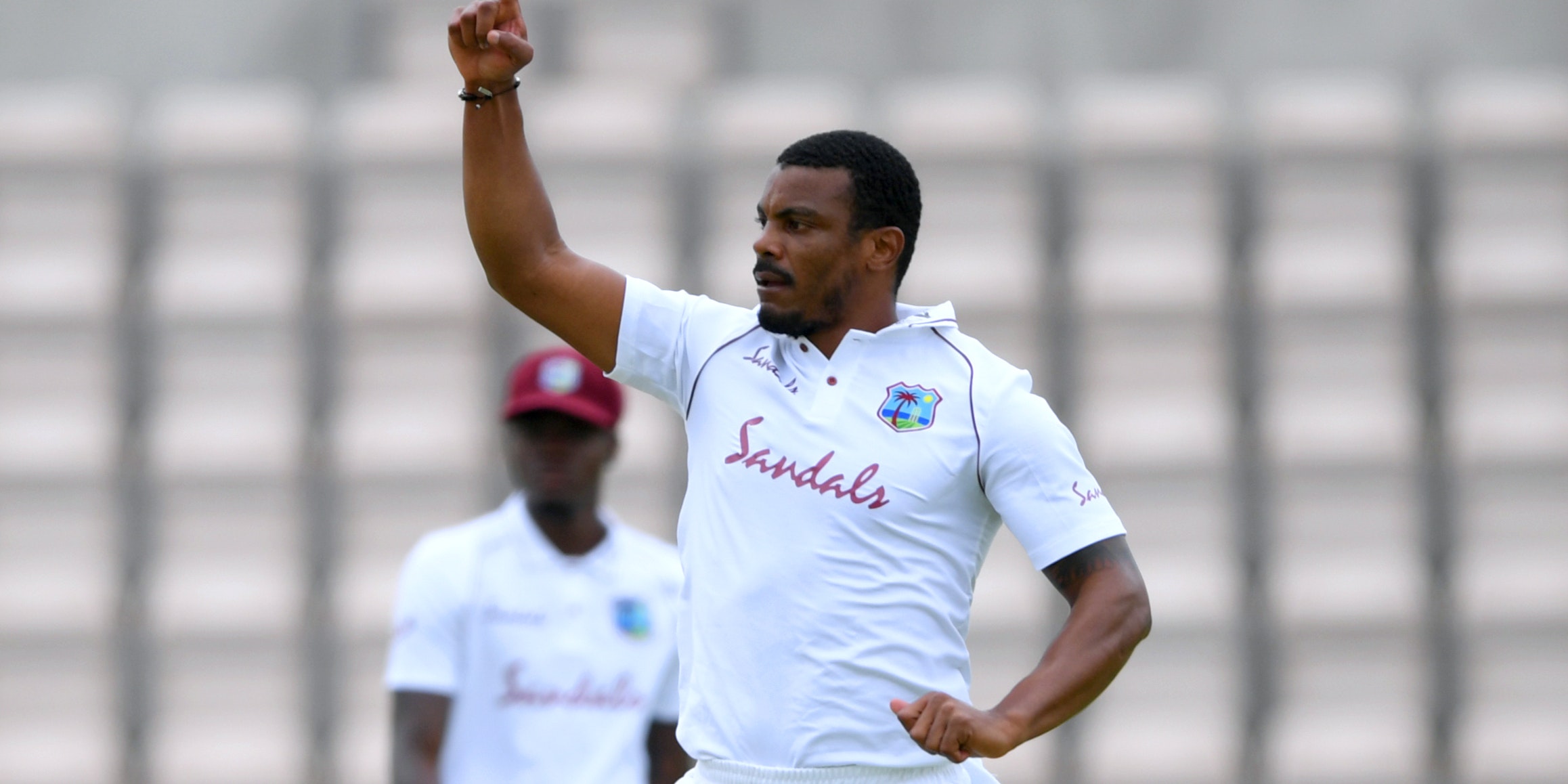 Resuming on 35 for one after a rain-ruined start to the series, England were put in their place in Thursday’s opening session, slumping to 106 for five in the face of some high-class bowling.

With Joe Denly, Zak Crawley, Rory Burns and Ollie Pope all failing to make any real impression on the scoreboard the job of justifying the decision to bat first looked to fall squarely on the man who made it: Ben Stokes.

The stand-in England captain was 21 not out having been dropped by Kemar Roach, with his deputy Jos Buttler on nine.

Denly took the best part of half-an-hour to add to his overnight score of 14, chipping Gabriel for four through mid-wicket, and was dismissed by the very next ball.

The delivery topped 90mph, zipped in between bat and pad and sent the stumps sprawling. A score of 18 from 58 balls will do little to ease the scrutiny of Denly’s place in the team but he was not alone in struggling here.

Gabriel followed up by seeing off Burns, who had looked solid for 30 before playing across a fast yorker that was destined for leg stump. Richard Kettleborough rejected the initial appeal but DRS settled the matter in Gabriel’s favour.

Stokes and Crawley added 20 as they looked to build a response, with the latter knowing a significant score could see him retained ahead of Denly when Joe Root returns from paternity leave next week.

Instead he was gone for 10, Holder rewarded for a probing spell with a second successful lbw referral of the morning.

New man Ollie Pope, who excelled in South Africa over the winter, was up and running with back-to-back boundaries off Holder but the visiting skipper exacted full revenge.

Pope had 12 when he poked at a ball in the channel, edging through to the wicketkeeper to make it 87 for five. Alzarri Joseph came desperately close to picking up the big one – Stokes top-edging a hook to fine leg on 14 – but Roach allowed the ball to squirm loose as he dived.