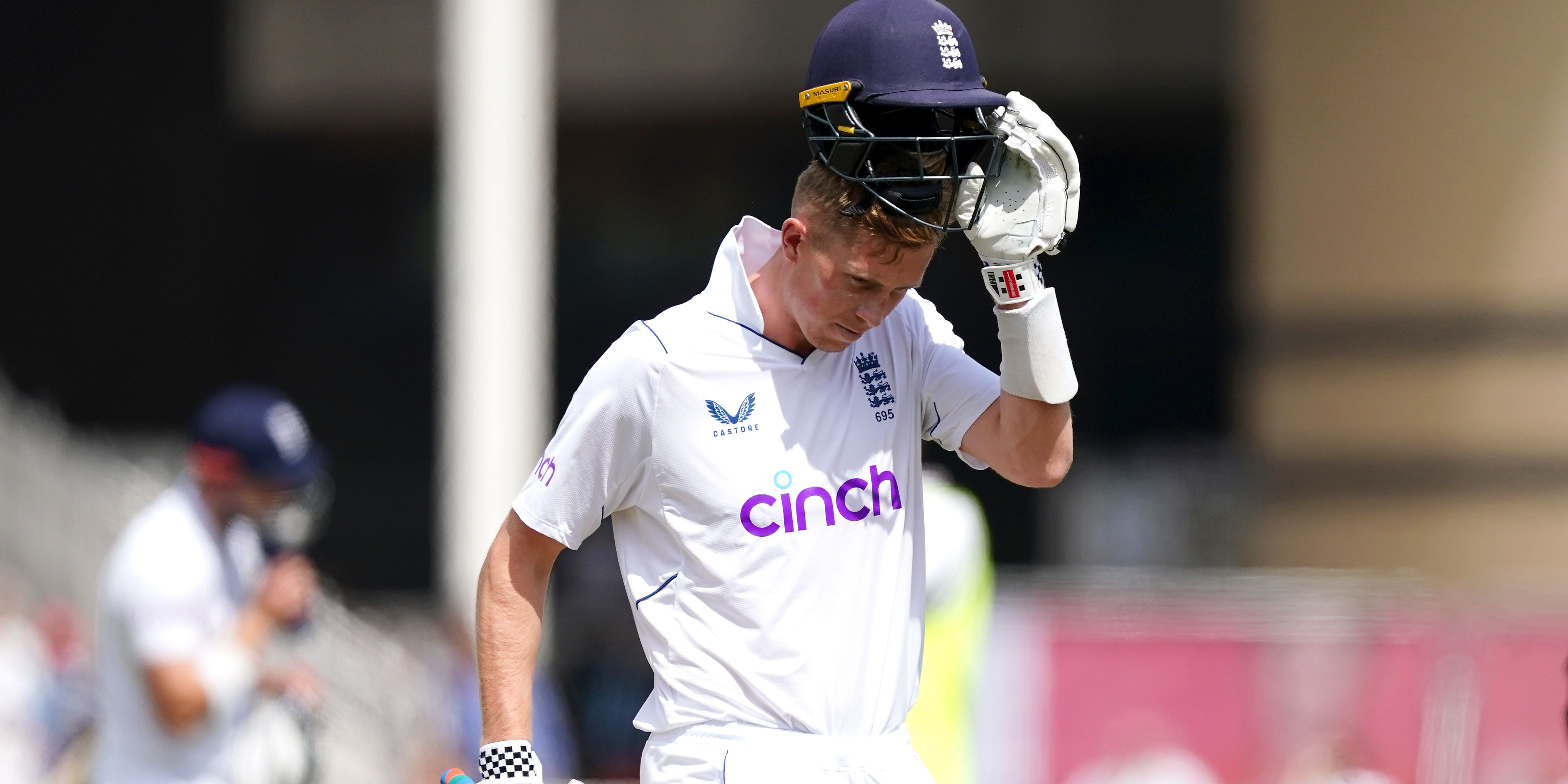 England lost Zak Crawley for a duck at the start of a taxing runs chase as the second LV= Insurance Test against New Zealand romped towards a thrilling conclusion at Trent Bridge.

In front of a capacity crowd, who flocked to the ground to take advantage of free admission, the hosts were set a stiff target of 299 in 72 overs after the Black Caps squeezed out 60 runs for the last three wickets.

A required-rate of 4.15 on a day five pitch would usually send a batting side into their shells in pursuit of a draw, but the new England regime under Ben Stokes and Brendon McCullum have vowed to take such challenges on.

They duly took 36 off the first nine overs before lunch, with Alex Lees scoring the majority as he reeled off six boundaries, but paid with the early loss of Crawley. With both sides desperate to triumph, a rousing finale looks to be on the cards in Nottingham, with all results possible.

With the Kiwis 238 ahead at the start, England saw an important chance go down off the second ball of the morning, Joe Root failing to cling on when Matt Henry edged Jack Leach. With Stokes’ bouncer barrage failing to have the desired effect, it took the introduction of Stuart Broad on his home to change the tone.

Broad replicated Stokes’ short-ball methods but got the desired results, snaring Henry’s edge on the way through to Ben Foakes’ gloves. He backed it up with the wicket of the injured Kyle Jamieson – who is not due to bowl after suffering a back injury – using the same aggressive tactics. With his movement limited, Jamieson tried to hook rather than evade and was well caught by the athletic Foakes.

At that stage the lead was a more manageable 263, but England could not get to grips with the measured Mitchell and the unpredictable number 11 Trent Boult.

They put on a game-changing 35 in 32 balls, with Boult taking 14 in a single Stokes over as he carried on too long with the old ball and Mitchell finishing with a flourish by heaving Broad for a straight six.

The belated arrival of James Anderson, and the new ball, wrapped things up when the 39-year-old seamer finally entered the fray and had Boult caught at mid-off with his fourth ball.

Any doubts about England’s willingness to take on the challenge were dispelled in the first over of the chase, with Lees crunching Tim Southee’s first two balls for four through cover then collecting four more off a thick edge.

Crawley was unable to join in the fun, caught behind without scoring as Boult preyed on his doubts around off stump. Lees continued his care-free start, hitting the ropes three more times, while Ollie Pope got off the mark with a flourish – whipping a pull from outside off to mid-wicket for four.