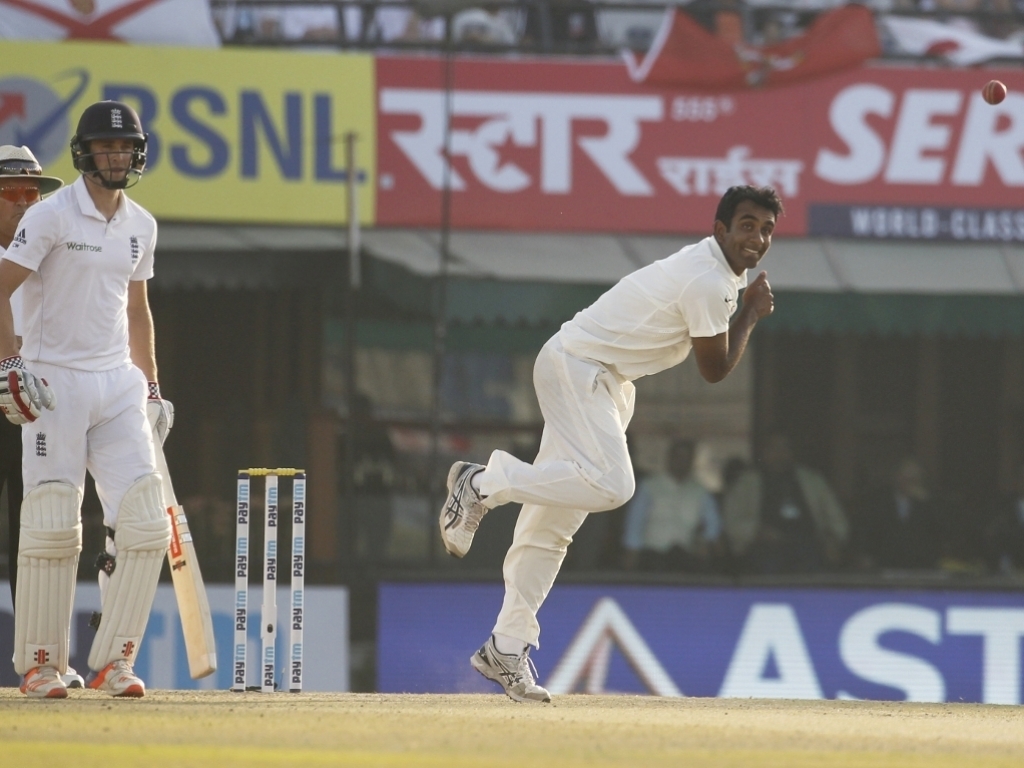 Yet another Test half century for Jonny Bairstow wasn’t enough to keep England out of trouble on day one of the third Test against India in Mohali.

The tourists find themselves 268/8 at the close having won the toss and elected to bat with far too many English batsmen guilty of throwing their wickets away.

With the pitch certain to deteriorate England’s best chance of a result would have been to post a big first innings total but they have found themselves slipping into mediocrity yet again on this tour.

Moeen Ali fell into that category as well occupying the crease for 45 balls for his 16 only to give his wicket away hooking Mohammed Shami.

Bairstow and Ben Stokes led an England recovery adding 57 for the fifth wicket before the latter walked down the wicket in a moment of madness and was stumped off the bowling of Ravindra Jadeja.

It looked like Jos Buttler and Bairstow would steer England out of trouble but with a fifty in sight for the number seven a loose shot would cost him his wicket and leave England 213 for 6.

Bairstow got a reprieve on 89 as Parthiv Patel dropped a catch off Jayant Yadav’s bowling but it wouldn’t prove costly as England’s would-be savior was trapped leg before off the very next ball.

Chris Woakes (25) was castled by Umesh Yadav, who angled one past the allrounders outside edge and into his off stump.

Adil Rashid (4 not out) and Gareth Batty who was yet to face a ball will resume on the morning of day two.

Jayant finished as the pick of India’s bowlers but each of them would pick up wickets on what proved to be a great day for the hosts.