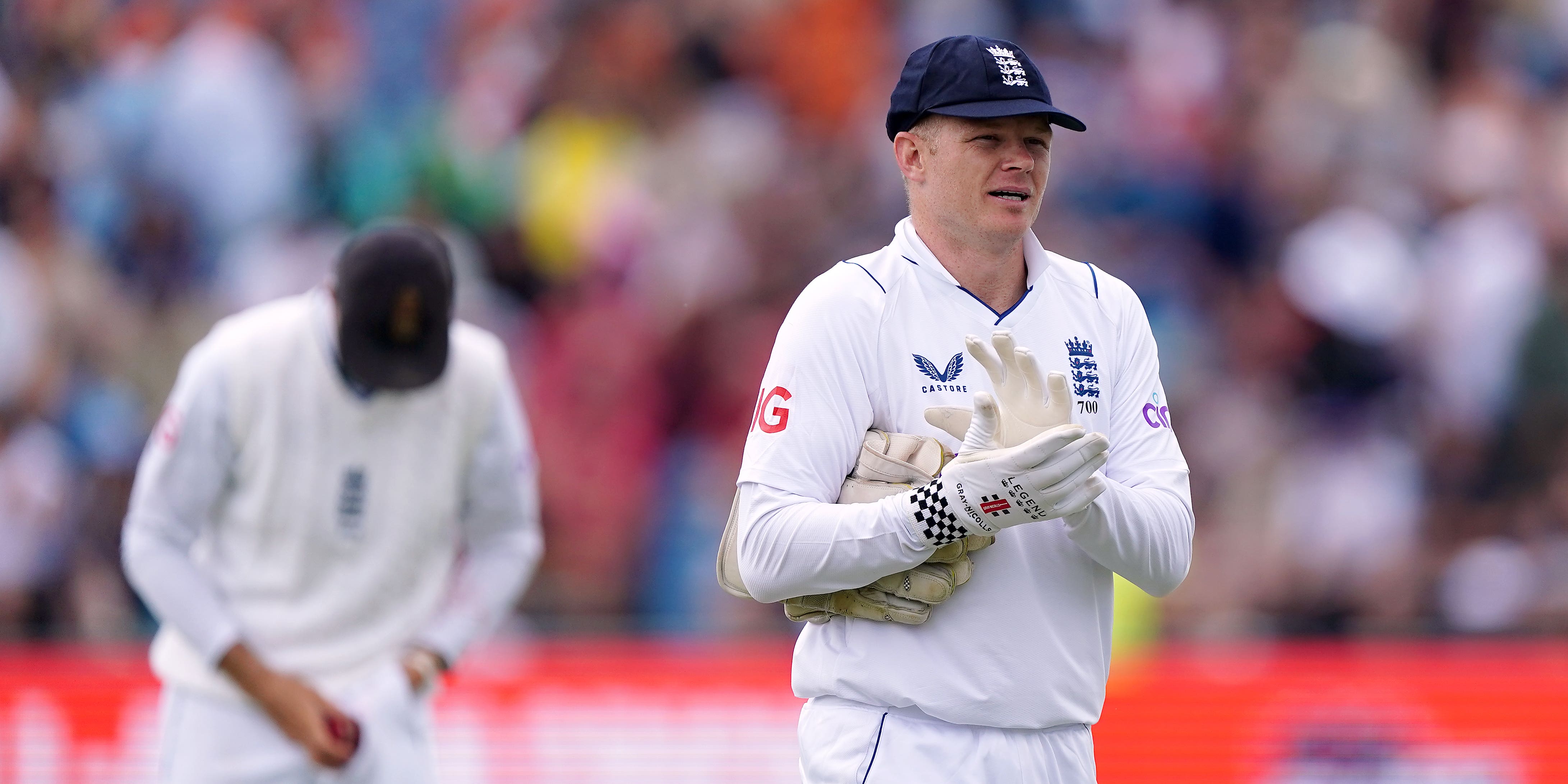 Sam Billings will take on wicketkeeping duties for England in the rearranged fifth Test against India while James Anderson replaces Jamie Overton in the XI.

Billings was drafted in at short notice for his second Test appearance against New Zealand last week as a Covid substitute for Ben Foakes, who was also hampered by a stiff back at Headingley.

While Foakes had a light training session on Wednesday, he is not at 100 per cent so England have plumped for Billings to remain behind the stumps for the Test which gets under way on Friday.

England captain Ben Stokes said: “Unfortunately Foakesy hasn’t recovered as well as we’d have liked him to, so Sam is going to stay in the team and keep.

“(Foakes) hasn’t really recovered from last week and doesn’t feel like he could give the best account of himself this week. We took the decision out of his hands and said ‘get yourself better’.”

Anderson, meanwhile, also comes back into the equation at Edgbaston in a series decider postponed from last year, with India leading 2-1, as England’s record wicket-taker ousts Overton in the line-up.

Anderson was absent for the third and final Test against the Black Caps in Leeds because of a sore ankle, with Overton making a stellar impression on his England debut, bowling with pace and vigour.

His innings of 97 from number eight was particularly impactful, rescuing England from a perilous 55 for six to help swing the momentum back towards the home side, who completed a 3-0 series clean sweep.

Stokes acknowledged it was unfortunate that Overton had to make way but added: “That’s how sport at the top level works sometimes.

“It must be very disappointing for him but he can walk away knowing he did everything he could.”