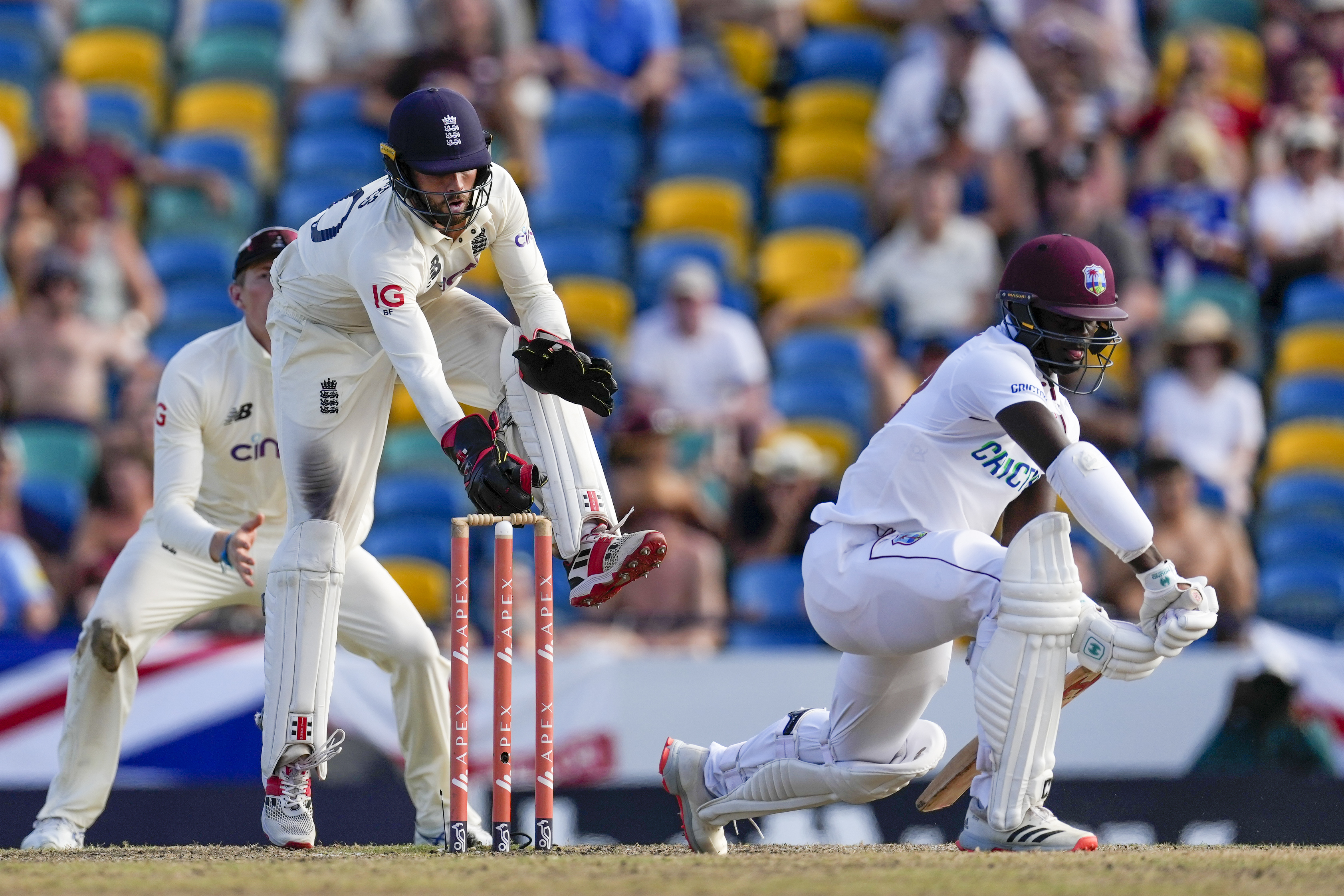 England’s tour of the West Indies looks doomed to end in familiar disappointment after an abject performance on day three in Grenada left them at the cliff edge.

With the sides locked at 0-0 after drawn Tests in Antigua and Barbados, the tourists crumpled under pressure at the crucial moment of a tight series.

After England’s flimsy batting proved too fragile to cope with the glare of the Ashes, there had been signs of improvement on friendlier Caribbean pitches. But old problems came back to haunt the tourists as they responded to a first-innings deficit of 93 by falling in a heap.

At stumps they were 103 for eight, relying on Chris Woakes, Jack Leach and Saqib Mahmood to pull off a miracle.

Joe Root held on to the England captaincy after this winter’s 4-0 Ashes humiliation, insisting he was the right man to lead the team forward and putting himself forward as the long-term solution. But with head coach Chris Silverwood, right-hand man Graham Thorpe and director of cricket Ashley Giles all losing their jobs after the difficulties Down Under, Root is the most obvious target for any fresh heat. He will now need to make his case once again, to the team, the wider public and, most pertinently, to the incoming head coach.

Root’s side are set to become the first English outfit to put together a run of five winless series in a row. Things have been on the slide ever since they completed a creditable away win in Sri Lanka at the start of 2021 and, with reigning World Test champions New Zealand next up, things are not about to get easier.

England’s batting coach Marcus Trescothick had a tough job defending the work of his side at the close of play. He made a game attempt to frame Saturday’s events as an aberration in an otherwise positive trip, but it all seemed like scrambling for crumbs from the table given the way the West Indies stood up when it mattered most.