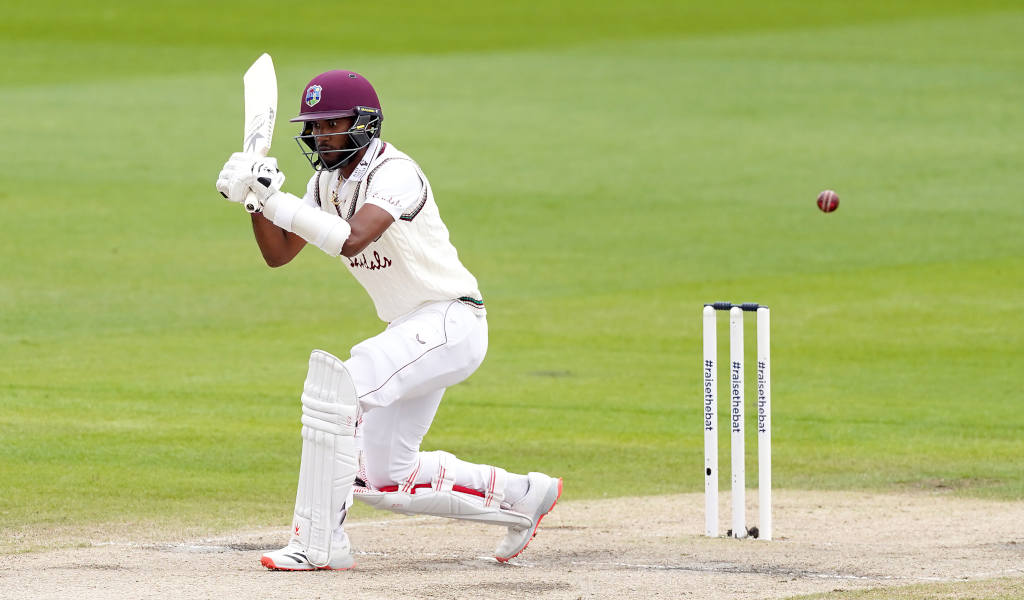 England came up against a wall of resistance on day three of their second Test against the West Indies, managing just two wickets in two sessions in Barbados.

Having enjoyed batting on a flat pitch, racking up 507 for nine declared, the tourists were unable to coax much joy out of it with the ball as Kraigg Brathwaite and Jermaine Blackwood held them off with a defiant stand.

After dismissing Shamarh Brooks and Nkrumah Bonner before lunch, England drew a blank in the afternoon as the hosts reached 196 for three.

England will rue their failure to take a chance on DRS when Blackwood was still on nought, Ben Stokes waving away the idea of referring his own lbw appeal only for replays to show the ball taking out leg stump.

Despite the match being just over halfway through, there will already be fears that the teams are heading for a second-successive stalemate following last week’s draw in Antigua.

England’s weight of runs, and the West Indies’ relatively-restrained scoring rate, still gives Joe Root’s side a chance to push the envelope but in conditions as benign as these, there is plenty of hard work ahead.

With a weight of first-innings runs to play with, Root tossed the ball to Jack Leach first up and invited him to work away on an aggressive line with close catchers in place.

Leach was asking all the right questions with the gentle turn he was able to find only to strike with a rare loose delivery.

Sensing a chance to score off a short ball, Brooks leant back and sliced a catch to Chris Woakes at backward point, giving away a hard-working 39.

But with Brathwaite looking in assured touch and Bonner, last week’s player of the match, joining him, England had a challenge on their hands.

Bonner had faced 493 balls for one dismissal in Antigua and swiftly took his tally past 500 before picking up the first boundaries of the day in the 14th over. Leach conceded both, straying down leg before offering up a half-volley, to end an otherwise searching spell.

That brought Stokes into the attack and he was elated to win a decision against Bonner, pogoing up and down in celebration.

He was made to wait for DRS confirmation and might have felt a touch fortunate that the third umpire ruled in his favour. UltraEdge appeared to raise the possibility of a concurrent inside edge but Nigel Duguid’s decision was allowed to stand.

Stokes would have picked up Blackwood for a duck had he referred another appeal against the new batter, but the bowler turned his back on a discussion with Root, seemingly convinced it was a dud. Replays duly showed Blackwood being struck clean in front of leg.

The West Indies added 82 without further drama in the afternoon’s play. Brathwaite grinding slowly towards three figures and Blackwood bringing up his half-century just before tea.

It was a day of steady but joyless work for debutants Matthew Fisher and Saqib Mahmood, both of whom were used more than Woakes, who was afforded just four overs before the second new ball arrived.