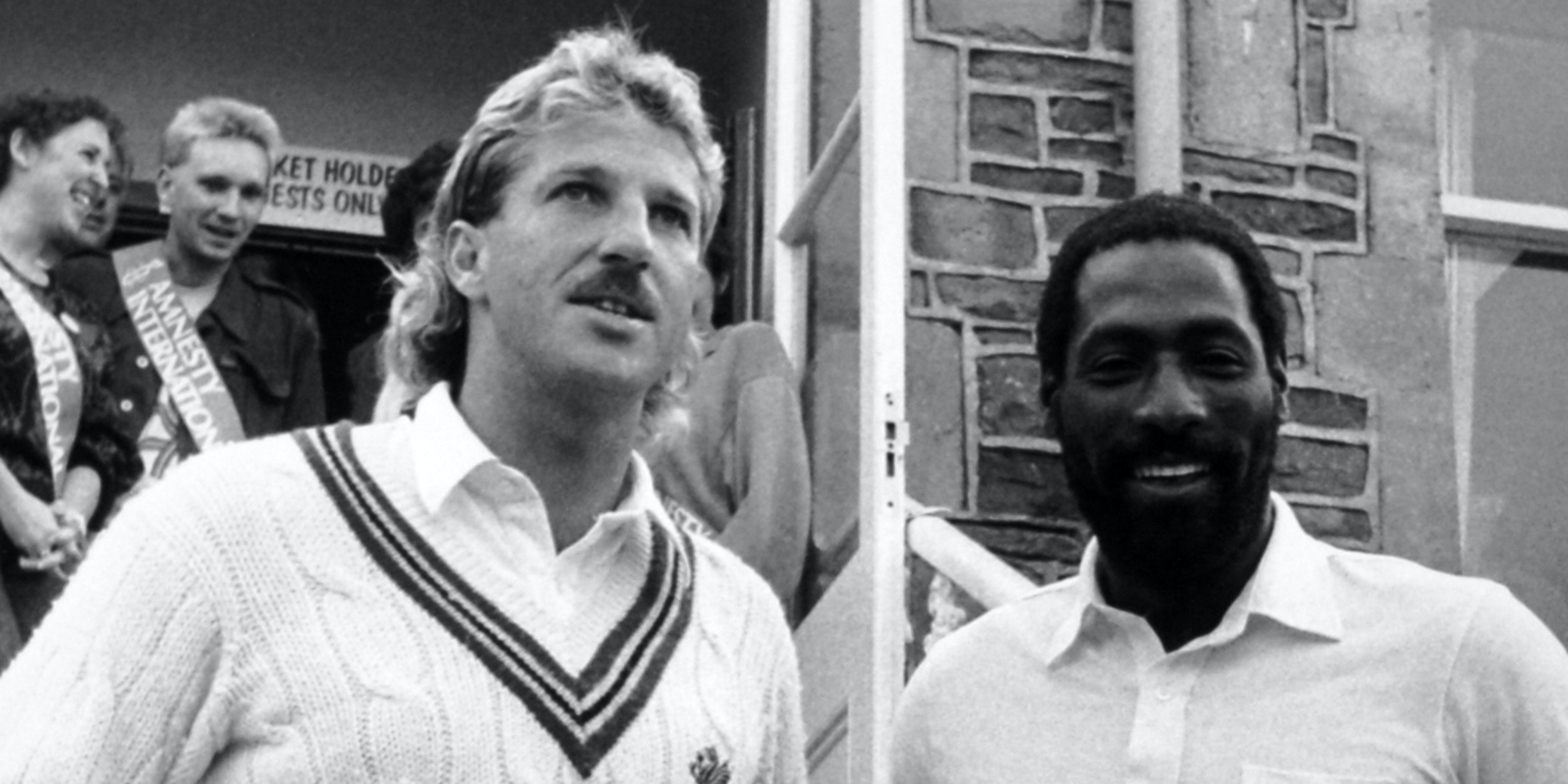 England and the West Indies will compete for the Richards-Botham Trophy in future Test series, in a nod to two of the contest’s all-time greats.

The current series, which will be decided at Emirates Old Trafford over the next five days, will be the last where the Wisden Trophy is up for the grabs, with the silverware heading for retirement in the MCC Museum at Lord’s.

Sir Ian Botham and Sir Viv Richards were great friends at Somerset and great rivals on the international stage, and the duo will now be recognised with a new prize for their successors to fight over.

The England and Wales Cricket Board said honouring the duo is intended to “celebrate the warm relationship between the nations and to honour the gladiatorial spirit of contests past and present”.

Botham said: “Viv was the finest batsman I ever played against. He’s a great friend but we’ve always been competitive, not least when we were on the cricket field, and there was no one else’s wicket I would treasure more.

“Playing the West Indies was always one of the toughest tests in cricket, and it’s an honour for this trophy to bear our names. I hope future series will be just as exciting as the one we’ve all been enjoying this summer.”

Richards added: “To have this trophy – West Indies vs England – named in honour of our work on the cricket field is great. What I think is also remarkable is that it says a lot about our relationship off the field as well. We were competitors on the field, but we showed we were brothers off the field. I’m proud to have my name on one side of the trophy with him on the other side.

“When I had the opportunity to go to England and represent Somerset, one of the first persons I met was Ian Botham, who would later become of one my best friends. We are friends for life.”

The Wisden Trophy dates back to 1963 and was originated to mark the almanack’s 100th edition. The West Indies are holders, meaning only an England win in Manchester this week will allow them to reclaim.