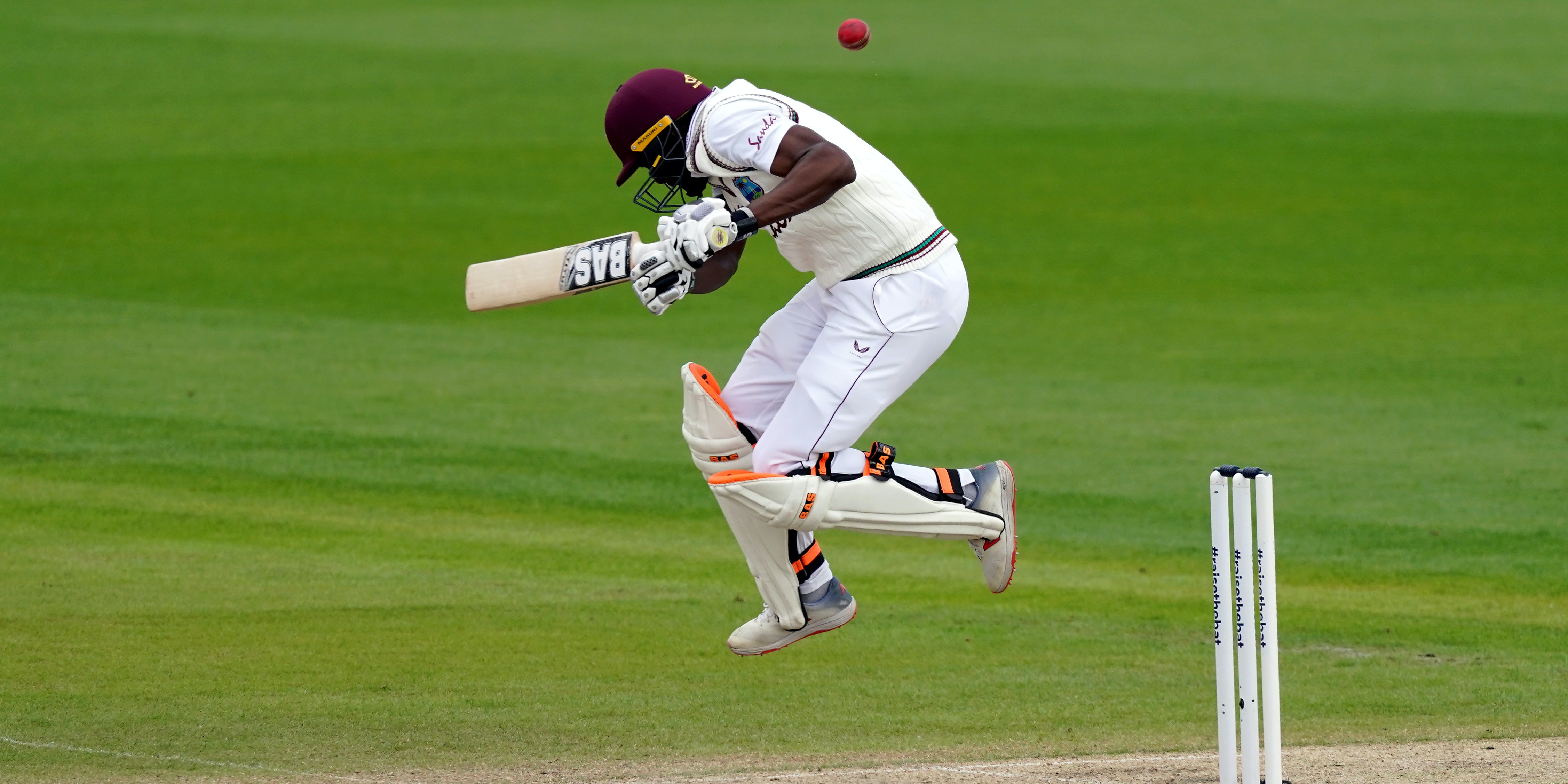 England’s hopes of pushing for the follow-on on day four of the must-win second Test were fading as the West Indies reached tea on 227 for four at Emirates Old Trafford.

The hosts were playing catch-up after the entirety of Saturday’s play was lost to rain, meaning their likeliest route to a series-levelling victory would have been to bowl their hosts out for less than 270 then put them back in to try again.

That scenario appeared optimistic when the hosts only removed nightwatchman Azarri Joseph in the two hours up to lunch, and two more wickets in the afternoon session did not look like being enough either.

Kraigg Brathwaite led the way with a defiant 75 at the the top of the order, with Shamarh Brooks carrying the baton with 60 not out.

The Manchester weather was belatedly playing along as the innings resumed on 32 for one and less than three overs were down when Joseph fended Chris Woakes off the shoulder of the bat.

Ordinarily it would have been a simple catch for Ben Stokes at second slip but he appeared to be distracted by Zak Crawley moving across him and the ball sprung loose. That was the only chance in the first 45 minutes as the Windies more than doubled their score, aided by 17 in a single over from Stuart Broad.

Dom Bess needed just two balls to change things, Joseph following the spin and feeding Ollie Pope at short-leg. He had chipped in 32 in a stand of 54, setting the tone for a frustrating day.

Dom Sibley later became the first player to contravene the ban on saliva, absent-mindedly using it shine the ball before confessing to the umpires who sanitised it with an alcohol wipe but issued no warning.

Brathwaite was playing his preferred role as the spoiler, defying England’s promptings and putting away the loose offerings, and proceeded to share in two more half-century stands.

Shai Hope was his next foil, scoring 20 of his 25 runs in boundaries as they took lunch on 118 for two before giving it away. Sam Curran, who got the first breakthrough of the innings way back on Friday evening, tempted him with a cutter outside off and the nick duly landed safely in Jos Buttler’s gloves.

Broad, struggling to make the point he craved after being dropped in the previous match, came desperately close to having Brathwaite lbw for 46 but DRS favoured the batsman by a sliver.

The opener drove Broad’s next two deliveries to the ropes, acknowledging the dressing room’s applause in between. It was Brooks who got the scoreboard ticking over quickest, though, showing off his expansive style to take the lead in a fifth-wicket stand of 76.

Stokes volunteered himself as a point of difference, hammering out the middle of the pitch in a marathon 11-over spell that caused a measure of discomfort and cost only 22 runs.

He got his reward when he had Brathwaite caught and bowled off the leading edge, but as the tea interval arrived Brooks and Roston Chase (28no) had taken their team within just 43 of making England bat again.