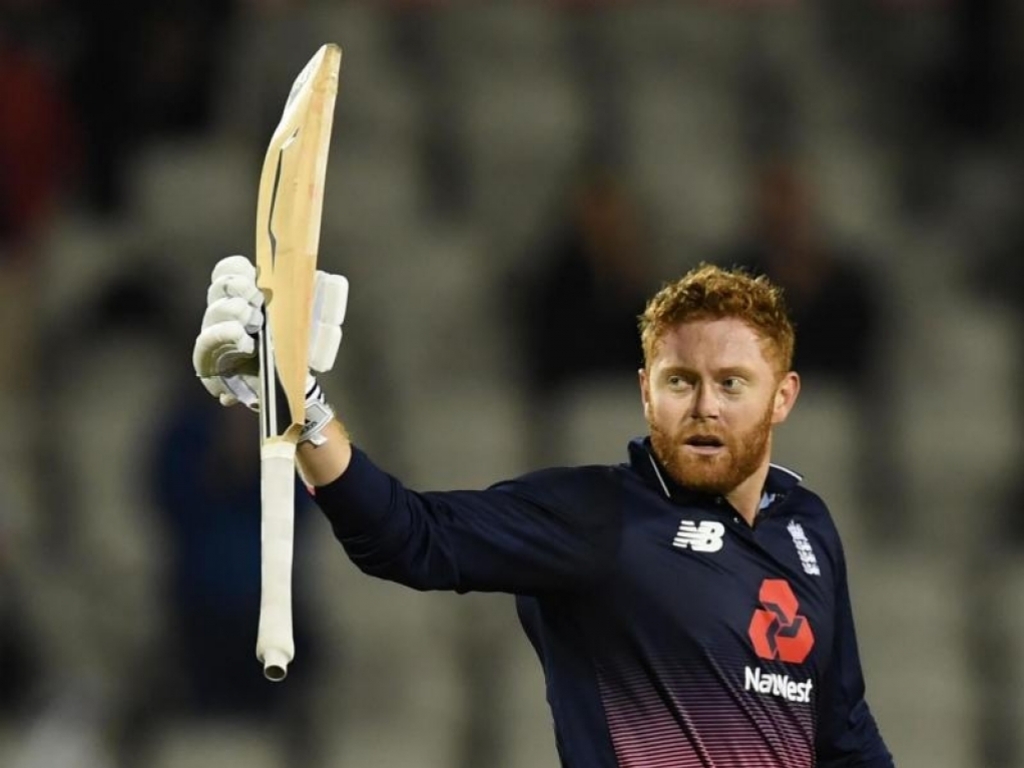 Jonny Bairstow said he was delighted to finally get his maiden ODI hundred as he helped England beat the West Indies by seven wickets in the first ODI of the five-match series in Manchester on Tuesday.

Opening the batting, Bairstow hit an unbeaten 100 as the home team cruised to their victory target of 205 with more than 11 overs to spare after the game was reduced to 42 overs per side after the match was delayed due to a wet outfield.

Not always a regular in the 50-over format, the Yorkshire player made the most of being an opportunity at the top of the order with his first century for England in the ODI format in his 28th game.

Bairstow said after the game: “I’m really pleased. It seems a long time ago since I made my debut at Cardiff.

“I’m delighted to have scored my first one-day hundred for England. There aren’t many people who’ve done it — and to join that elusive club is something, when you make your debut at Cardiff against India, you want to do.

“So you’ve got to enjoy it when you do.”

Bairstow, who was being given an opportunity because of the previous failures of Jason Roy, is not though looking to far ahead when he was asked about establishing himself in the team.

For a long time the 27-year-old had to sit on the sidelines and wait for his chance even though he had established himself in the Test team.

Bairstow continued: “I’m not someone who ever looks too far ahead because you know how quickly things can change, you can get injured.

“I don’t think you can see you’ll get so many games, that’s not professional sport. Everyone wants to have a run, but you know that on different pitches, different people will play.

“Whether it’s right or wrong, tough decision or not, that’s out of my pay grade.”

Bairstow has another chance to cement his place when the second ODI of the series takes place at Trent Bridge on Thursday.