Home Countries England Moeen: I felt like I was in the zone

Moeen: I felt like I was in the zone 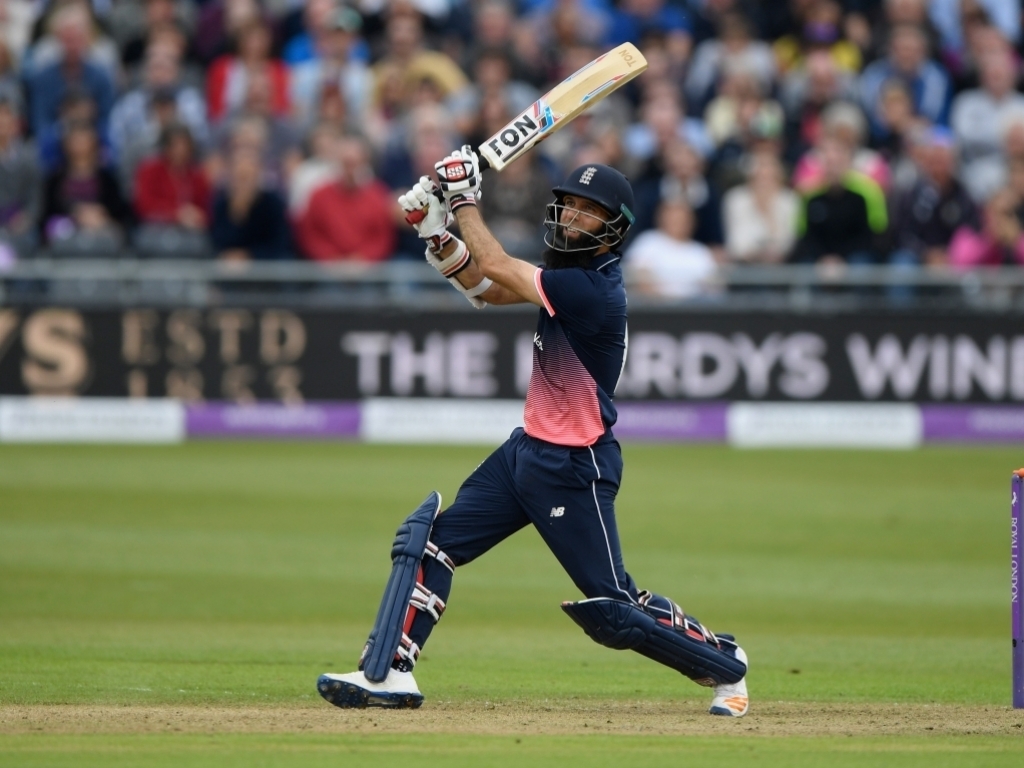 England’s Moeen Ali played down his 53-ball century in the third ODI against West Indies in Bristol on Sunday, saying everything just came off for him on the day.

The left-handed Moeen was eventually out for 102 off 57 balls as the hosts beat the Windies by 124 runs to go two-nil up in the five-match series with two games still to play.

Moeen’s ton was the second fastest hundred for England in ODI cricket – Jos Buttler scored one in 46 deliveries – and it came after the home team were in a spot of bother.

If you are planning on placing a bet on an upcoming England match, make sure you use the matchbook bonus code available at the site.

Moeen said after the game: “I felt Rooty and Stokesy did a fantastic job for us. I thought we were in a bit of trouble, then we lost those three wickets and we both had to rebuild a bit.

“But I felt like we got to a situation around 42 overs when we were in a decent position and it was time to press the button, but in the end [Woakes] was giving me one every ball because I felt like I was in the zone and everything was coming off.”

The 30-year-old still doesn’t consider himself a six hitter, with him being a more classical left-hander that prefers to time the ball.

However, Moeen said the fact that he had licence to go for his shots and a smaller ground made his knock possible.

Moeen continued: “As a kid [sixes] were a regular thing, but only playing first-class and international cricket, I never saw myself as that sort of player.

“But the ground wasn’t the biggest and I felt like they bowled a little bit in the slot. I just had a slog really, everything seemed to come off, I tried to watch the ball, keep my shape and really go for it.”

The fourth ODI of the series takes place at the Oval on Wednesday.