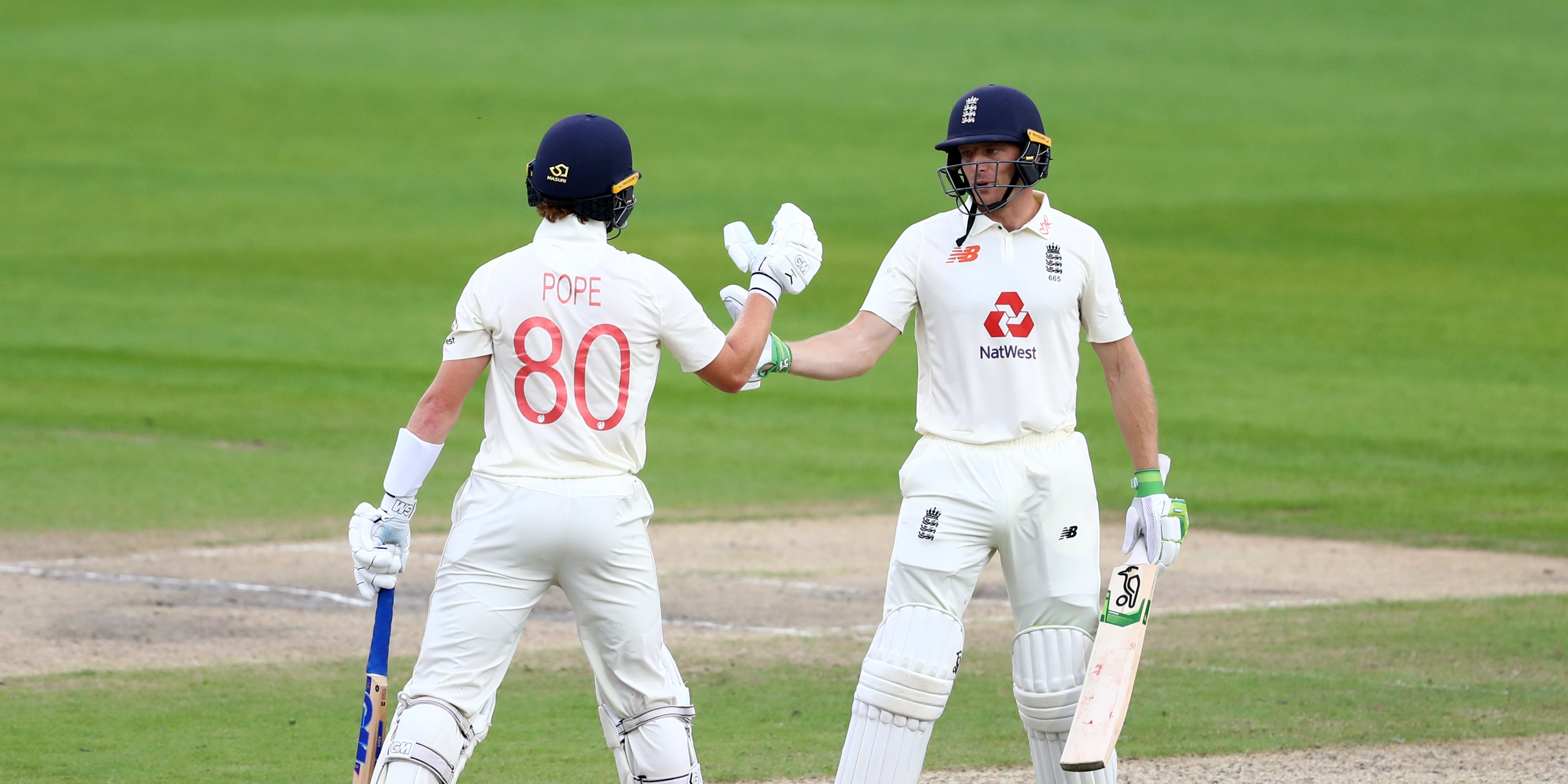 England’s Ollie Pope admits the claustrophobic feeling of life in a cricketing bubble has been a challenging experience but hopes to have found some breathing space after breaking the shackles in the third Test.

Pope ended the first day of the series decider at Emirates Old Trafford against the West Indies with 91 not out in his side’s stumps total of 258 for four.

Not only was that a knock of critical importance for England, who went in a batsman light after leaving out Zak Crawley then slipped to 92 for three shortly after lunch, it also allowed Pope a moment of relief.

He had managed just 43 runs in his previous four innings, with no respite from the game given the bio-security protocols that ensure players must stay on-site at the ground for the duration of the three-Test series.

“It does feel like a little bit of a weight off the shoulders,” said Pope. “To be honest, I’ve found it challenging being in such an intense environment.

“I’ve missed out in the first two games and not been able to get away. The hotel overlooks the cricket ground, you can’t go out for a coffee, you can’t see your family… it isn’t easy.

“You can actually think about your batting, your failures, a little more than normal so to get runs is a nice feeling.

“You try to make the nights not seem as gloomy but it’s hard to get away.”

Pope scored 11 boundaries in an increasingly confident stay, adding 136 with Jos Buttler, who had reached 56 when bad light stopped play late on.

Their efforts were much needed after the West Indies successfully picked off key men Ben Stokes (20) and Joe Root (17), as well as ridding themselves of Dom Sibley, who had batted for nine hours in the first innings last week, for a five-ball duck.

The stakes were high after the bold call to omit Crawley and include four seamers as well as specialist spinner Dom Bess.

The decision was taken predominantly due to Stokes’ inability to bowl his full share of overs but would still have looked a dangerous risk had they been rounded up cheaply.

“Obviously we have one fewer out-and-out batter in the side, but it’s not necessarily something we spoke about,” said Pope.

“One of the things we talk about is if you get yourself in, cash in and make it as big as possible. If we do that well hopefully we don’t need the lower order to.”

The descending gloom in Manchester denied Pope the chance to rush to three figures before stumps, but he was not fretting about his overnight position.

“Of course you want to get your hundred but I’ll try to switch off this evening: chill out, watch a film, maybe take a sleeping tablet before bed.

“I haven’t got there yet, but it would be a nice feeling.”

Windies vice-captain Kraigg Brathwaite praised England’s fifth-wicket pair for disrupting the tourists’ plans after a strong beginning in the field.

“The team had a plan to bowl first and I thought we started well,” he said.

“But Pope and Buttler batted well so we have some hard work to do. We’ve got to start well again on day two and limit them to the least runs we can.”