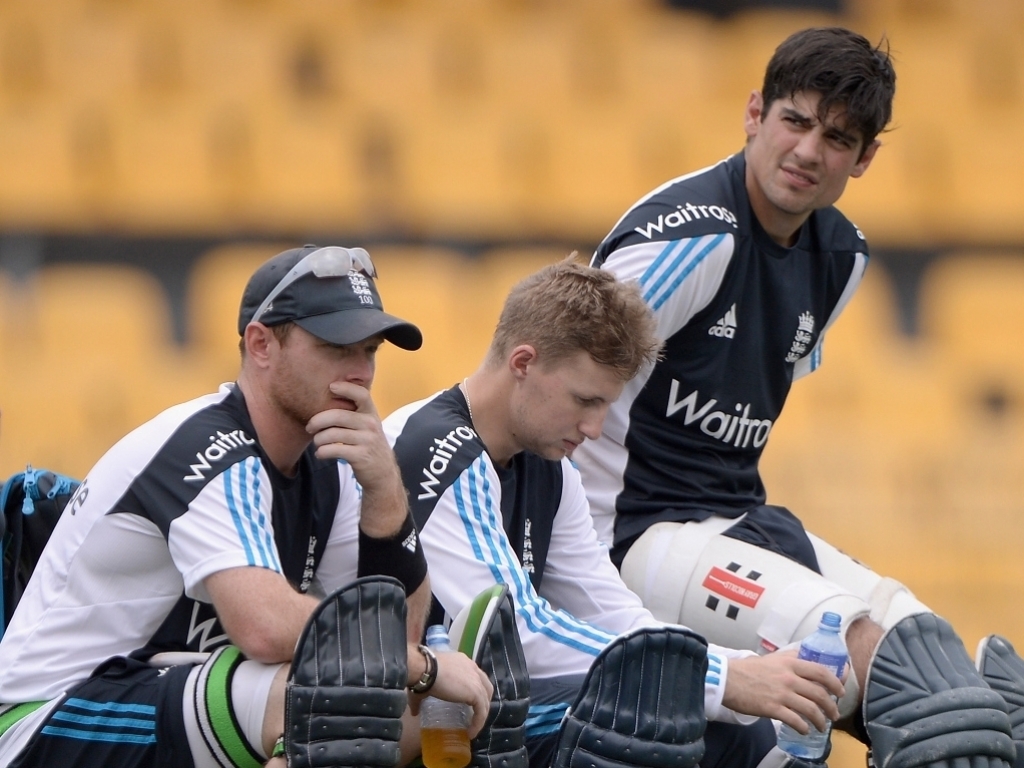 Everyone's a winner. Yes, England have resumed their rightful path to the summit of the World Test rankings. The pieces are slowly falling into place…

It was always going to happen. England, in accordance with the small print in the recent ICC restructuring, have walked away with the victory in Southampton that, after next week's tense draw at Old Trafford, will guarantee billions of Indian eyes looking at regular Pepsi commercials during the decider at The Oval.

Everyone's a winner. Yes, England have resumed their rightful path to the summit of the World Test rankings. The pieces are slowly falling into place…

The wolves were circling Alastair Cook after Lord's, but thankfully there was a gap at third man through which he escaped to find his inner (David) steel. Bat first on a greenish pitch despite no runs? Conkers. Sure, he had a lucky reprieve – as Special Agent Shane Warne reminded Sky viewers on a dozen or so occasions – but opening batsmen need it on the first morning of a Test. Anyway, his first innings 95 created personal and collective breathing space and thereafter a calm mind made more and more correct decisions, both deliberative and off-the-cuff. Doubters and critics be answered. Sharpen your sports betting skills, one and all, Cooky is here to stay. Take the bold option, skipper, and regret will be a stranger. 8/10

His opening partner, Sam Robson, is one jigsaw piece yet to tuck its chin comfortably against the left shoulder and fall into place. So seemingly self-conscious and right-brain is his cricket, he even triple checks his crouch position at short-leg. On limited evidence, he looks stiff and 'manufactured', his stance a series of finely wrought compensations in search of balance, which is not to say he cannot be successful. You never can tell. A lot will depend on whether the specific story of his near-future – not all of which he can control, especially without DRS – is able to provide him with the international sportsman's elixir: confidence. 4

Gary Ballance's bucolic face – Yorkshire Young Farmers Association Milker of the Year – has ruddied itself into a purple patch that might yet empurple itself some more before the Indian summer is out. He likes the battle. He stays composed, even when sawn off twice against each of India's part-time spinners. And he has an idiosyncratic method, too, but with much more margin for adjustment than Robson, he presents a very tricky puzzle for bowlers, both to dismiss and to keep quiet. 9

Ian Bell is pornography. Belltube. That scrunched up wee face, those rhythmical strokes, tumescence in the bleachers. 9

Another Yorkie who likes a scrap, t'Joe Root also provides a tricky puzzle for the bowler given his ability to score all around the wicket. A somewhat simplistic analysis suggests you only need bowl full at him, which is nonsense. This only really works if you have the threat – actual or potential – to 'take away his feet' with the short ball. 7

Given the trademark wristiness of his batting, it was somewhat naive of Moeen Ali to place his political slogans in the most conspicuous part of his body. Somewhere discreet – stitched into the outside of his shirt collar, say – would have worked. He has clearly nudged himself down the England captaincy pecking order, although Giles Clarke is rumoured to have briefed in private that 'he has the wrong sort of beard' for the job. Still, his part-time off-spin is now in danger of being put on full hours, potentially jeopardising his claim for Housing Benefit. 8

The primary role of the modern wicket-keeper is to chirp the batsman, and in that task Jos Buttlerclearly has some strides to make. However, in the minor roles of battinghood and glovemanship, the soft West Country burr has not yet held him back. Despite what the partisan bores will tell you, sport is about having your breath taken away. Buttler's batting rarely fails to offer up a 'you've got to be fucking kidding me' moment. The team badly needs x-factor, and this boy is proper. His keeping looked sharp, athletic and concentrated. Going out on a limb here (having pushed up from powerful thighs), but I'd keep him in. 9

Chris Woakes was last seen sitting on the end of the pier sharing a bottle of warm lager with Pankaj Singh. He really did bowl some jaffas here, yet the feeling remains that he can be relatively easy to line up, perhaps even that he bowls a shade wide. That said, he has gained the proverbial yard, and did change the angle of his delivery very cleverly. He is already a good cricketer, and is an improving one, so England should persist with him. There may even be a case, should England decide to dispense with Robson, for moving Moeen to No5, Woakes to No6 – potentially, he can be that good – and playing six bowlers (be that a quick or another tweaker), in a sort of steroidal version of the 1990s New Zealand team: Cairns, Nash, Doull and Vettori, supported by MacMillan, Astle and Styris. (Pipe down. I said steroidal.) 6

That would also be good news for Chris Jordan, whose place, after an inconsistent performance here, might be under nominal threat from Liam Plunkett at Old Trafford, perhaps Ben Stokes, perhaps even, further down the line, Steven Finn. His jerky run-up looks like the near-permanent buffering on the criminally terrible Sky Go, with its awful Silverlight flash, but he is certainly a whole-hearted cricketer (and looks like he's got a very hard melon, should there be any pavilion corridor jiggery-pokery) – pugnacious lower-order counter-puncher, brilliant slipper, and slippery bowler who just needs to lock on to a decent line. 5

There are times, even during games when he bowls well, that Stuart Broad seems to go off the boil. Specifically, he seems to struggle to hit the crease hard, as if he has blisters on his blisters. But he is the dirty competitive heart of the team and would probably spend a few seconds contemplating whether to throw acid in his grandmother's face to secure the Boxing Day Backgammon Challenge. And every team needs one of them. 7

Oh Jimmy, Jimmy, Jimmy Jimmy Jimmy Jimmy Anderson has responded well to Indian claims that he's a drug dealer [I'm not sure that's what 'The Pusher man' refers to – Ed.]. He really does have magic wrists – and no, that's not a political statement – a formidable bowling intelligence, and an uncanny ability to get under the oppo's skin, which, in cricket, with due respect to any preening cry-babies out there, is an admirable trait to have. 9