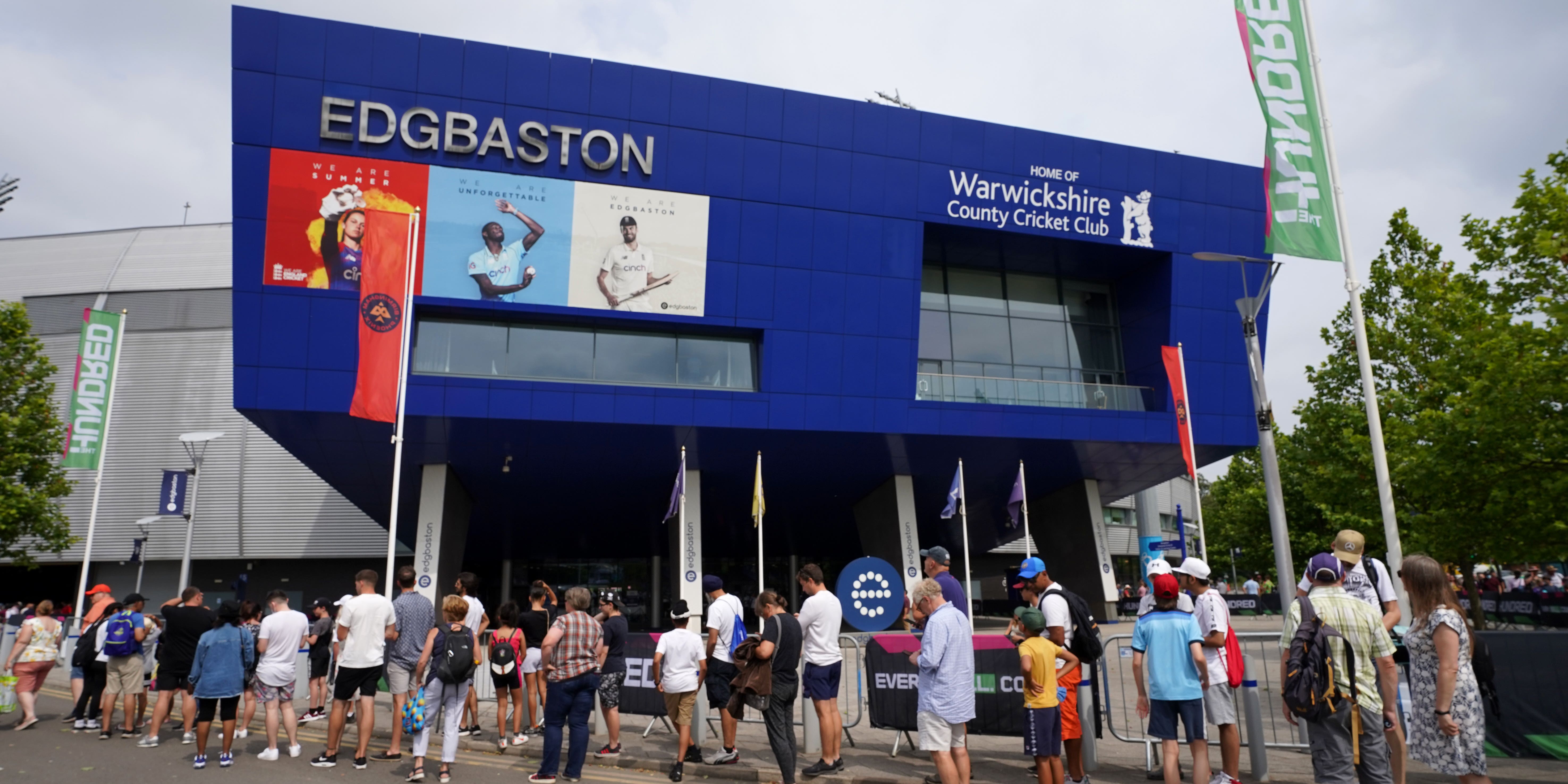 Any supporters found guilty of racist abuse at the fifth Test between England and India at Edgbaston face being banned from the ground and other cricket venues across the country.

Police and Edgbaston officials have launched investigations into allegations of abuse among the crowd on Monday, with Warwickshire chief executive Stuart Cain apologising for the “distress” caused.

West Midlands Police said they were liaising with officials at the ground to understand what happened and the force has encouraged anyone who heard any racist language or witnessed gestures, or who has footage that could help, to come forward.

Inquiries are being made to identify an alleged offender whose image was circulated on social media. Police have urged the man to speak with them.

Cain said anyone found guilty of abuse would be banned from Edgbaston by Warwickshire and from other cricket venues nationwide by the England and Wales Cricket Board.

“Any form of abuse isn’t acceptable in life or sport,” Cain said.

“So I’m angry about the fact that people think it’s acceptable at an international cricket event and apologise for the distress it’s caused.

“I have spoken to those who raised the issue on social media, the stewards managing the Eric Hollies Stand and the police.

“There has been a great atmosphere over five days involving more than 100,000 England and India fans, but when this issue was reported to the stewards, they couldn’t pinpoint where the alleged abuse was coming from so stewards and the police monitored the area until close of play.

“If the police investigations lead to prosecution, then we will ban those involved from Edgbaston and the ECB will also ban them from all other cricket venues nationwide.

“We have to work harder to stop abuse at its source.”

The Bharat Army, the official India supporters’ group, reported that “many” of its members at the ground had been targeted by “a very small minority”.

A post on its Twitter account on Monday read: “Sad to say many of our members experienced racist abuse from a very small minority of individuals. We will work with @Edgbaston to share all your feedback.

“Thank you to those England fans who stood by us.”

The allegations were highlighted by former Yorkshire cricketer Azeem Rafiq, who retweeted a thread detailing some of the incidents along with the comment, “Disappointing to read”.

His testimony in front of a parliamentary select committee last year sparked an investigation into his claims of institutional racism at Yorkshire which resulted in ECB charges and ultimately major reforms.

The ECB said it was “very concerned” at the reports and reiterated its stance on racism.

An ECB statement on Monday night read: “We are very concerned to hear reports of racist abuse at today’s Test match. We are in contact with colleagues at Edgbaston, who will investigate.

“There is no place for racism in cricket.”

England completed a record chase of 378 to secure victory and draw the series 2-2 on Tuesday morning following unbeaten centuries from Jonny Bairstow and Joe Root.