Five internationals who dazzled this summer 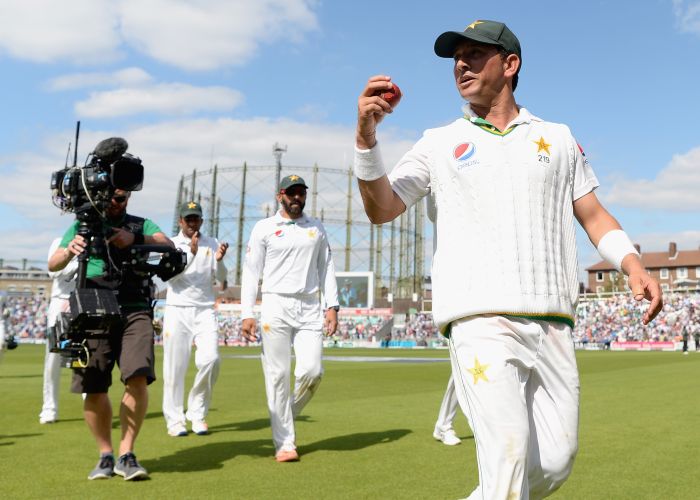 James Doan looks at five international cricketers who thrilled us with dazzling displays with bat and ball this summer.

Chris Woakes
Tests: 6; Wickets: 34@ 17.74; Runs: 282@ 43.95
You would be forgiven for thinking that Chris Woakes’ Test career was all but over after a miserable tour of South Africa last winter. In the final Test at Centurion, Woakes looked out of his depth registering figures of 1-144, with his bowling lacking the pace and movement necessary to succeed at Test level. Seven months and 34 wickets later, the Warwickshire man has become an integral part of the England team, taking crucial wickets having added an extra yard of pace to his bowling and clocking speeds of 90mph. Woakes has also added extra depth to England’s batting line-up, averaging 43.95 over the course of the summer.

Misbah-ul-Haq
Tests: 4; Runs: 282@ 40.28
Pakistan became the number one Test team in the ICC rankings after their final Test win at The Oval levelled the series with England 2-2. It is a phenomenal achievement by Misbah and his team given that Pakistan play all of their cricket away from home when away Test match wins are so difficult to come by. At Lord’s, Misbah became the oldest batsmen to score a Test century since 1934 but it has been his leadership qualities that have been his greatest strength, gelling together the notoriously temperamental Pakistan team.

Jonny Bairstow
Tests: 7; Runs: 753@ 90.64
After coming of age on England’s winter tour of South Africa, the flamed-haired Bairstow continued his fine form with centuries against Sri Lanka at Headingley and Lord’s in the early part of the summer. The Yorkshireman failed to convert a number of fifties into hundreds in the series against Pakistan, but 366 runs at an average of over 50 established Bairstow as England’s third-best batsmen after Joe Root and Alastair Cook.

Yasir Shah
Tests: 4; Wickets: 19@ 40.73
Yasir Shah was a credit to himself and Pakistan cricket throughout the summer. Whether he was taking a 10-fer at Lord’s or 0-100 at Old Trafford, the Lionel Messi lookalike always played the game with a smile on his face. His wickets at Lord’s and The Oval were pivotal to Pakistan’s two Test victories and he was, without doubt, Pakistan’s most dynamic fielder.

Jason Roy
ODIs: 10; Runs: 497@ 70.77; Strike rate: 119.69
Given that England won their One-Day series 4-0 and 4-1 against Sri Lanka and Pakistan respectively, it would be remiss of me not to include a member of the ODI team in this list. England’s transformation in white-ball cricket has been remarkable since their embarrassing display in last year’s World Cup and nobody has symbolised the transformation better than Jason Roy. J-Roy scored 316 runs at an average of 105.33 at a remarkable strike rate of 119.69 as England hammered Sri Lanka 4-0 in the first part of the summer. He reminded everybody of his talents later on in the summer with two sparkling fifties against Pakistan as England won the series 4-1.