England: Five things we learned from second Test draw against the West Indies 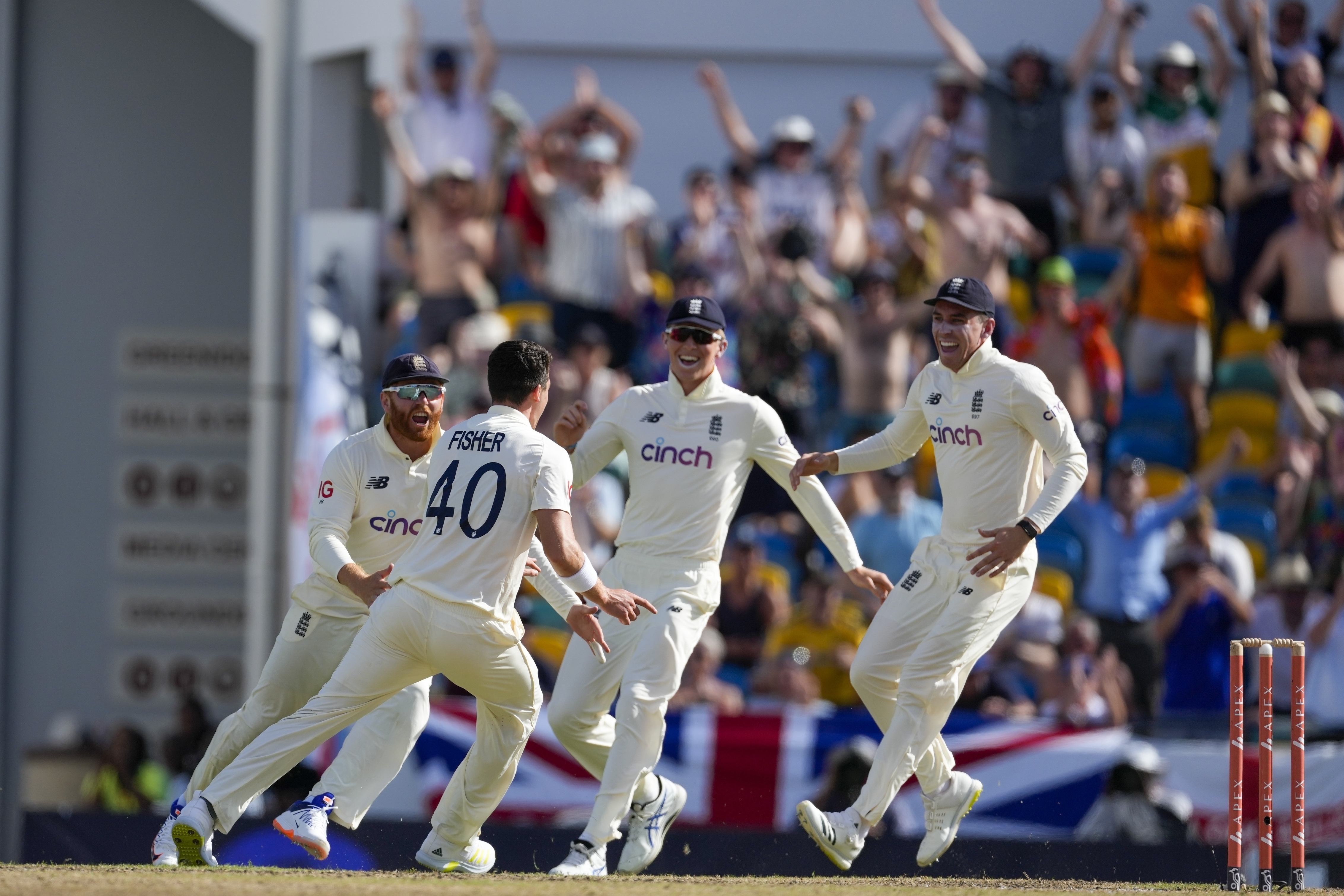 After draws in Antigua and Barbados, England and the West Indies are set for a winner-takes-all decider on the spice island of Grenada this week.

The tourists have twice been frustrated on the fifth day and have plenty to ponder as they look to go one better at the next attempt.

Here we look at the key takeaways from this week’s clash between England and hosts West Indies at the Kensington Oval.

Is there a place for Parkinson?

A pair of stubbornly-lifeless pitches and two worthy rearguards from the West Indies have frustrated England’s victory push, leaving questions over what the tourists can do to change the tone.

The use of Dan Lawrence’s occasional off-breaks as an attacking option in Barbados suggests that England feel spin is their best aggressive weapon on flat tracks, bringing uncapped leg-spinner Matt Parkinson firmly into contention.

The Lancashire man has a knack of producing magic balls and a seamer could easily be sacrificed to make way. England are historically cautious with leg-spin, but now could be the perfect time.

Lawrence is locking down his spot

It was hard not to feel sorry for the Essex batter during the Ashes, as he travelled around Australia watching a variety of woeful collapses from the sidelines without ever getting the call.

But staying clear of that series may prove a blessing in disguise for the 24-year-old.

Recalled for this series to help usher in a fresh start, he has been inventive with the bat, unexpectedly useful with the ball and even took an excellent catch late on in Bridgetown.

Despite his relative inexperience he has also been quick to offer his opinions to Joe Root in the field and suddenly looks set for a long run in the team.

After two-and-a-half years around the set-up, Saqib Mahmood is finally a Test cricketer and the portents are good. While fellow debutant Matthew Fisher had the better start – striking with his second ball while Saqib had to wait more than 17 overs – the Lancashire quick earned glowing reviews.

Willing and capable of bowling with the old ball, a touch quicker and more aggressive than some of his fellow seamers and with the promise of a blockbuster yorker, he has a chance to be a cornerstone of the attack. For a team in transition, his introduction represents real progress.

There was some surprise when England married up the droppings of James Anderson and Stuart Broad with a big show of faith for Chris Woakes. Now 33 and with a poor Ashes behind him, he was still given the chance to lead a new-look attack as senior man.

It has not gone well, with the all-rounder nowhere near his best and unable to shake his tag as a poor traveller.

The challenge now is to prove he is not in irreversible decline and to do that he may need to conclude that a three-format career stretches him too thin. If he has to choose, will he back his red or white ball skills?

Stokes is fired up

The joy that welcomed Ben Stokes’ decision to end his sabbatical and play in the Ashes soon gave way to some lacklustre showings on the pitch.

His batting was too tense and constricted, while his bowling was entirely too predictable.

Speaking at the start of this tour he gave himself a withering review, suggesting he had let the side down.

Ever since then he has been back to his combative best, looking a fitter, feistier proposition in all respects.

At the crease he is freer and more instinctive and initial expectations that he would take a gentle workload in the field following a side strain have morphed into long, punishing and productive spells.

eWhen Stokes is on form, England’s XI always has an edge.