Home Countries England ‘I think he could be back in the Test team pretty quickly’ – From England’s next great opener to Lancashire outcast, what next for Haseeb Hameed?

‘I think he could be back in the Test team pretty quickly’ – From England’s next great opener to Lancashire outcast, what next for Haseeb Hameed? 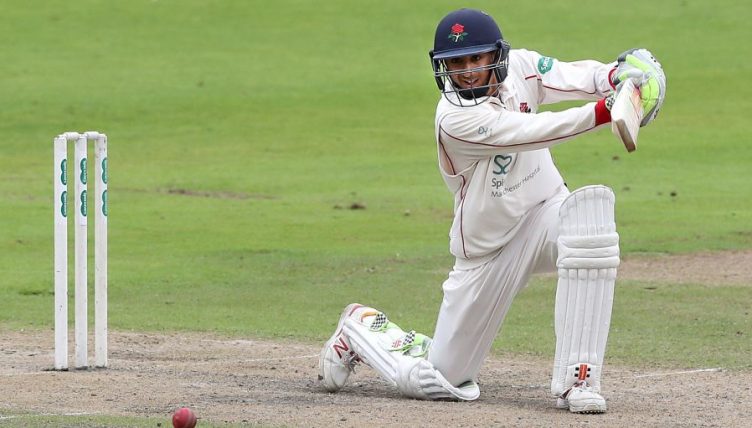 Lancashire picked a good day to bury the bad news. As England were collapsing for 67 at Headingley on August 23 – their batsmen’s red-ball techniques ruthlessly, cruelly exposed by the Australian seamers – the Red Rose County announced that Haseeb Hameed would not be offered a new contract.

Headingley had a happy ending as far as England were concerned. Whether Hameed’s story will remains to be seen.

It wasn’t supposed to be like this. Of all the openers England had picked since Andrew Strauss’s retirement in 2012, Hameed was supposed to be the one for both the present and the future, with solid defence, sound judgement and a dreamy cover drive.

Instead, a broken hand curtailed his Test career after three matches in India in late 2016, then Keaton Jennings came in and made a hundred on debut, making him the man in possession. But the assumption was that Hameed’s return wasn’t far away, and that he was the proper opener England had been crying out for.

He still might be – he doesn’t turn 23 until January. But that tells its own story – he’s so young, and so obviously talented, but still he’s been discarded.

Lancashire Cricket Club can confirm that the 2019 season will be Haseeb Hameed’s final year, after the Club decided not to renew the batsman’s contract

It’s a mystery made all the more acute by days like August 23, when hard hands and soft heads proved England’s undoing (almost).

Even as Hameed struggled desperately for form with Lancashire following that India tour, he was still organised, and compact, and getting into line, and doing everything right… and nicking off, and missing straight ones, and running himself out.

Picture Rory Burns’ Ashes century in the Edgbaston Test, then imagine the precise opposite – that’s Hameed since 2017.
The hype – including the idiotic ‘Baby Boycott’ tag – probably didn’t help. Nor did the injury, which for a while made him slightly reluctant to get on the front foot and risk another blow to the hand.

Nor, perhaps, did some harsh words from his county’s director of cricket, Paul Allott, at the start of this year – Hameed, he said, was “hanging on by his fingertips” at the club, having had “more opportunity, probably, than he deserved”.

“Where his form and function have gone and disappeared to is a complete and utter mystery to us,” added Allott, presumably wishing he were in a position to influence such things.

Briefly, tantalisingly, something clicked. Hameed took 218 off the Loughborough students, then scored 117 at Lord’s as Lancs began their season with a win over Middlesex. But it was a false dawn, the exception rather than the rule.

His last first-class innings, batting at three, saw him pinned for 11 by Sussex’s David Wiese. A spell in the stiffs saw more struggle, followed by a dying-of-the-light unbeaten 159 against Leicestershire’s 2nd XI – but the damage was done. Eleven days later came the buried bad news.

His former county captain, Dane Vilas, is correct to insist there was no room for sentiment amid Lancashire’s promotion push, and next season’s anti-relegation push. And he reckons the enforced change might do Hameed some good.

“Has played a big part in our campaign in the beginning, but he unfortunately couldn’t find his form,” he says.

“It is a tough one – cricket is pretty cut-throat, and we’ve got a lot of guys who were pushing through and fighting for spots.

“He was under a huge amount of pressure – maybe he needs a change, a bit of a break.”

READ: Axed or shelved? Five England players who could never play another Test

The Liverpool Competition’s ECB Premier Division has been a proving ground for many Lancashire prospects over the years – Hameed was no exception, turning out for Formby between 2015 and 2018.

Team-mate Elliot Ketteringham, now club captain, recalls a fresh-faced 18-year-old who let his bat do the talking.
“He’s one of the nicest lads I think I’ve ever met,” Ketteringham says.

“We’d heard that he was a very talented up-and-coming player – and when you saw him bat, he was second to none.
“He was unbelievable to watch, and a really nice guy on the pitch and off it. He smiled through every situation.”

Ketteringham’s view is that once the smile returns, the runs will follow. “Has is a big confidence player.

“I remember a couple of years ago, when he hadn’t scored many runs, I joked with him and some team-mates that he needs to play a third XI game on a Sunday, score 100, and then the runs would start again.

“It doesn’t matter what the standard is – he’s a class above, whatever he plays.

“Whoever picks him up as a county is in for a treat, because if he gets going and gets that smile on his face, he’s going to start scoring runs. Suddenly, a couple of balls hit the middle of the bat, and he’s away.

“And I think he could be back in the Test team pretty quickly.”

The impact of Allott’s approach may never truly be known – having shared a dressing room with him, Ketteringham reckons Hameed responds better to the carrot than the stick.

“If he gets that at another county, and gets the right mentor to drive him on to greater things, that county will be extremely lucky because they’re going to get a serious player on their hands.”

Like Ketteringham, Vilas is sure we haven’t seen the last of Hameed.

He said: “He’s still young – he was thrust on to the international scene at an early age and he did well before that injury, but he’s still got ages and ages to play.

“Look at the best batsmen around the world – it’s all guys in their late 20s and 30s.

“So I’m not worried about him, he’ll be fine. He’ll come back stronger.”