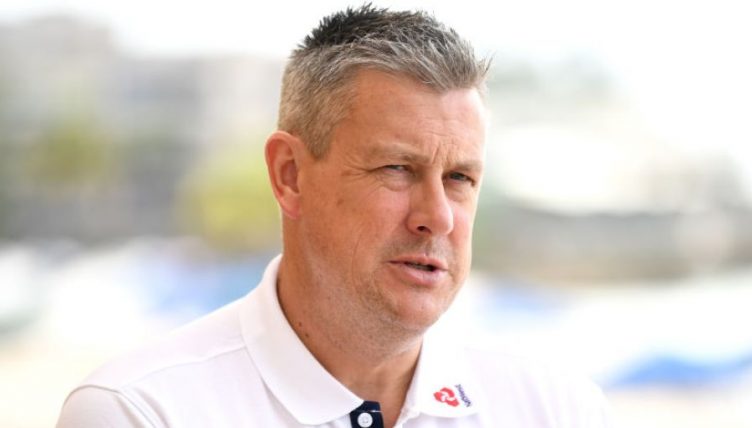 Ashley Giles has backed Joe Root to lead England’s next Ashes mission, saying regaining the urn in Australia represents “the Holy Grail” for the Yorkshireman.

England were unable to overcome Australia on home soil in a Test series for the first time in 18 years this past summer, but attention has already shifted towards the next contest Down Under in 2021/22.

Root has presided over two unsuccessful campaigns against Australia but there is a recognition from Giles that England’s Test fortunes in recent years were encumbered by their successful pursuit of the World Cup.

Giles, the managing director of the England men’s team, wants to redress the balance with an aim to give Root the best chance to make it third time lucky against Australia.

“We have talked about him leading and winning in Australia,” Giles told the BBC’s Test Match Special. “We’ve not said ‘maybe if you get there’. We plan for him to be our captain.

“It will come round quickly as we know with the business of the schedules. None of us know what is around the corner, things can change quickly.

“But in our planning when we sat down (before the start of the last Ashes series), we were looking to Australia.

“That’s the Holy Grail for him. Going to Australia and winning is the big prize and we have enough time to plan for that.

“Whatever people say there was definitely more focus on white-ball teams in the past few years. We’re not moving everything to Test cricket, we’ve got to find a balance on all forms that are important to us.

“We’ll see a more traditional way and playing the long game with ball or bat. Sometimes with ball you have to stick in, refer to plan A and if in doubt go back to plan A.”

Giles believes it is crucial Root and head coach Chris Silverwood, who was appointed as the successor to Trevor Bayliss last month, find a method to succeed in Test cricket.

He added: “This is a really exciting period, this new relationship with Chris Silverwood.

“With these two, we’ve talked about them finding a DNA for Test cricket. What do they want their Test team to look like? I don’t think we’ve seen that for a couple of years now.”

READ: Stokes not interested in ‘burden’ of England Test captaincy

Giles was speaking in Whangarei, where England are in their final preparations ahead of the Test series against New Zealand, while an onerous winter schedule next takes in South Africa before a trip to Sri Lanka.

Three Australians – Will Pucovski, Glenn Maxwell and Nic Maddinson – have taken a break from the game to focus on their mental health, which has shone a light on the players’ busy schedules and the pressure they are under.

Giles said: “It is definitely a concern of ours. The mental wellbeing and welfare of our players is crucial. We’ve got a number of players who perform across all formats and their schedules are incredibly busy.

“It looks like a great lifestyle being on the road and being in hotels but these guys are serious professionals and spend a lot of time under stress.

“One of the things we’ve looked at is the role of Mark Saxby who has been around with the team for a long time as a our massage therapist, but for years he has been a lot more than that.

“He’s been a shoulder to cry on at times, a mentor and a sounding board on the bed when he’s been massaging players. He is taking on more responsibility now on the welfare front and with our culture.

“It is very important to me, tour on tour, that we have some short term checks on the group. Are there any red flags? Anyone we need to worry about? “Our care of the players and their families is really important.”