Giles: ‘Difficult to look past’ Sibley for England 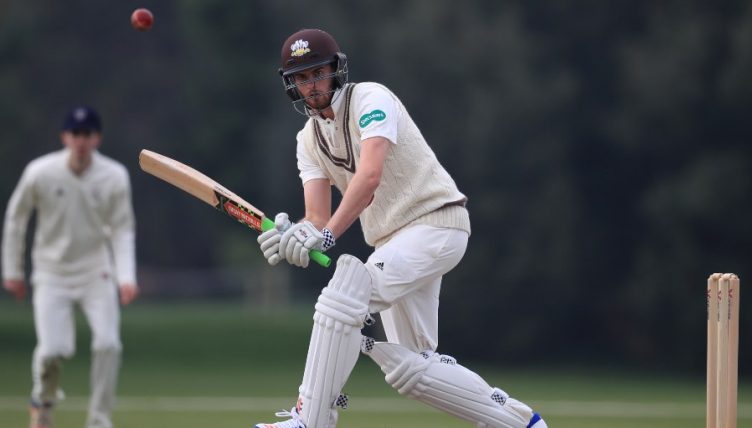 Warwickshire opener Dominic Sibley could be set to answer England’s problems at the top of the order after receiving lavish praise from Ashley Giles.

The 24-year-old has enjoyed a stellar County Championship season and scored two hundreds in his last match against Nottinghamshire this week.

England have struggled in the opening department since the retirement of former captain Sir Alastair Cook last September.

Since then Rory Burns, Keaton Jennings, Joe Denly and Jason Roy have been given chances to open, but only Burns has cemented his spot, which saw him earn a central contract in red-ball cricket on Friday.

Ahead of next month’s tour of New Zealand, with the squad announced on Monday, England have to decide who partners the Surrey skipper at the top for the two Tests and Sibley is the front-runner.

No opener in County Championship cricket this season (minimum five matches) has played with less risk than Dom Sibley. Just 11.7% of his shots have been edges or misses – an outrageously low percentage for an opener. New Zealand, and Test cricket, beckons. #NZVENG pic.twitter.com/5NnZMR6LIO

Giles, managing director of the England men’s team, signed the Epsom batsman from Surrey in 2017 while still at Warwickshire.

“Dominic is not the prettiest on the eye all the time, but then neither is Rory Burns or Steve Smith,” Giles said.

“He is a mature guy, who works extremely hard and is really ambitious, so it’s difficult to look past what he’s got this season.

“He’s got almost 1,400 runs this year, an amazing amount of runs and pleasingly he has faced around 3,000 balls which is over a thousand more than anyone else, so that’s a good starting point.

“Whatever your technique, if you are batting that many balls you are doing something right, so I’m delighted for him, having taken him to Warwickshire, but his selection will come down to Ed (Smith) and Jim (James Taylor).”

England started the Ashes series with Burns and Roy opening, but dropped the latter down to four after three Tests and he missed out completely for the fifth and final match at his home ground of the Oval.

Denly was promoted to open and responded with two half-centuries, but the 33-year-old may find himself down the order in New Zealand or may not feature at all after he failed to receive a central contract for Test cricket.

Giles hinted at England being open to using batsmen who could get “through the first 40 to 50 overs” which would potentially allow the likes of Joe Root, Ben Stokes, Jonny Bairstow and Jos Buttler to flourish.

The former spinner also suggested the strain on Test captain Root has been too much since his appointment in February 2017, which may be a factor in his inconsistent record as skipper during Trevor Bayliss’ tenure.

“I think there have been times, because of the laidback nature of Trev, that Joe has had to lead almost over seven days; two days of preparation and five days over the match and that’s a big ask of anyone,” Giles admitted.