Holding and Rainford-Brent outline how racism impacted them as players

Former England Women’s International Ebony Rainford-Brent and legendary West Indies quick Michael Holding have lifted the lid on their experiences of racism on the cricket field.

Rainford-Brent, who played 22 ODIs for England as well as seven T20Is, said that playing cricket gave her one of her earliest first-hand experiences of racism.

“I grew up in a very multicultural, diverse London with all sorts of colours; black, white, Asian. Everyone was a melting pot, and I noticed as soon as I walked into the world of cricket, the comments started,” Rainford-Brent told Sky Sports.

Holding laid out his experiences of touring Australia for the first time, revealing that he overheard racist comments from spectators while fielding on the boundary.

Rainford-Brent’s account details how vile and personal the comments passed towards here were.

“I had comments about where I grew up and about the fact that I had a long name so maybe my mum didn’t know who my dads were. About my hair, about body parts, especially the derrière shall we say, about the food I ate and that it sort of stank. You know it was just constant, did I wash my skin, does everyone in your area get stabbed. You know all these things were a drip-feed constantly.”

West Indies carrying the weight of being black and brilliant

Holding says that during the 70s and 80s, racism was common among cricket fans in both Australia and England.

“And then of course I came to England in 76, and it started again but again I just told myself, and I think most of the team just brushed it off, and I told myself personally ‘Mikey you are here for the summer, you are going back in September’,” Holding added. 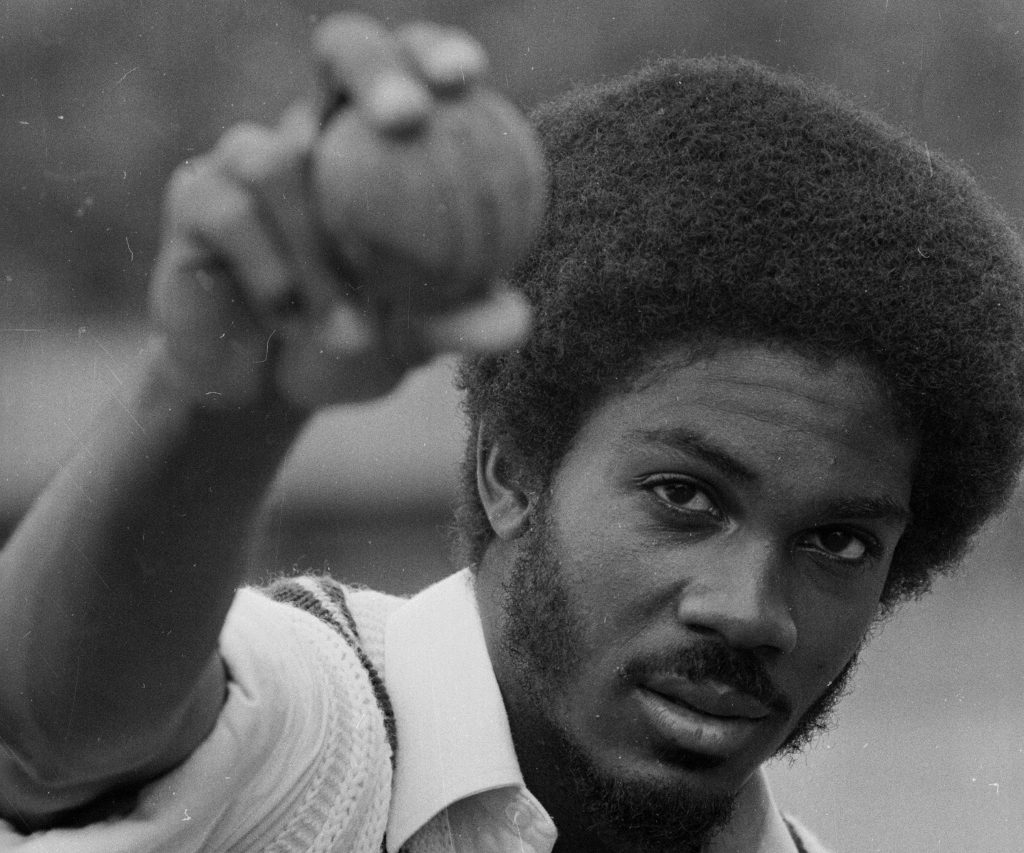 In the West Indies camp they could insulate themselves against racism and galvanise the squad, but, fighting back the tears, Rainford-Brent revealed that her experiences with racism were not limited to spectators or even opponents – and often came from within her own team.

“I’ve been in team environments dealing constantly with people referring to ‘your lot’. I’m not surprised that people who come into the environment don’t want to deal with that. I question myself sometimes why I stayed so long. I love the game. I think it has so much more to offer but it can be really difficult dealing with that day in and day out,” she added.

In 1984, a West Indies team at the height of its powers dismantled David Gower’s England, consigning them to their first-ever 5-0 series defeat on home soil. It was a series that held massive significance for many people of Caribbean descent living in England at the time.

The fifth five-match series whitewash in Test history came to be known as the blackwash series, a name also given to the subsequent 1985/86 series in the Caribbean when the West Indies handed Gower’s tourists another almighty shellacking.

Holding says that he didn’t realise how significant those series wins were for West Indians living in England.

“The blackwash series was in, I think, 1984. That was my third tour to England, and I can understand completely why the West Indians called it blackwash,” Holding related.

“What came home to me though, when I started to tour England more regularly and got to meet the West Indians who lived here and got to understand exactly what they went through in this country, was what it meant to them for us to win. And I can totally understand them saying; what is this whitewash thing, why has everything good got to be white? We are going to call this blackwash.

“I was happy they could identify with something and call it whatever they wanted.”

The ongoing discussions about racism in sport have been brought to the fore by the Black Lives Matter movement which has been invigorated by the death of George Floyd at the hands of a white police officer in the United States.

Rainford-Brent and Holding credit the visceral media surrounding Floyd’s death with bringing the topic of systemic racism into the collective conscience and opening up long-overdue discussions.

“I can still remember the moment I found out about George Floyd,” Rainford-Brent said.

“I was lying in bed and turned my phone on. I remember it was the first thing that came up in my story; the video of George Floyd, it was like a short version and I clicked on it and clicked off because the first thing you heard was ‘I can’t breathe’.”

Holding described the video as a powerful image of the sickness of racism and prejudice.

Rainford-Brent said that once she eventually watched a full video of Floyd’s death, she was shaken afresh.

“I watched the whole thing, I watched the eight minutes, and I burst into tears. The pain I felt, it felt like a valve popped because we know for how long these inequalities, these injustices have taken place. Not just in the US, it happens here. I remember watching it and just feeling like I was torn apart.

“I actually swore and I never really swear on my, or rarely swear on my Instagram, but I actually wrote the words ‘is anyone f*cking else fed up watching black people get murdered’,” Rainford-Brent continued.

Education is the key to ending racism

Holding puts forward the notion that education is the key to eradicating ignorant prejudices from our society.

“We have to educate people or they will keep on growing up in that sort of society, and you will not have meaningful change,” Holder insisted.

Having broken into world of cricket commentary as a woman of colour, Rainford-Brent understands better than many what it means to overcome barriers but she says this movement cannot survive if it is only driven by people of colour.

“I think it can’t be a ‘black person’s problem’, I’m putting that in inverted commas, it has to be everyone’s problem,” she added.

“We have got to want a society that is representative and supports people from different backgrounds, and for me, that is where it has got to be; honest conversations, opportunities, people in positions of power and we can change the landscape.”

Holding has taken issue with people using the slogans ‘all lives matter’ or ‘white lives matter’ pointing out that they are trying to derail an important conversation.

“It is obvious; the evidence is clearly there that white lives matter, we want black lives to matter now, simple as that.”